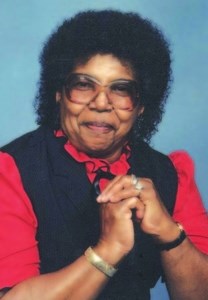 She was the devoted wife of the late Glen Harrison Douglas Sr. who was the love of her life, but God wanted an angel. She was preceded in death by six brothers, Robert, Eldridge, Sam, Frank, Lloyd, and Norman Lee, and two sisters, Berline Haynes and Louise Richerson.

She retired from Central Virginia Training Center with 18 years of service.

A service will be held 2 p.m. Saturday, July 24, 2021, at Piney Hill Baptist Church with the Rev. Ernest P. Scott, Eulogist. Interment will be held in the church cemetery. Service of comfort rendered by Davis-Turner Funeral Service.