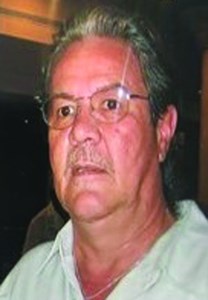 Wayne Bernard Ferguson Sr. departed this life on Tuesday, February 16, 2021, at Lynchburg General Hospital. He was born on August 10, 1951, in the City of Lynchburg, the youngest child of the late Raymond B. Ferguson Sr. and Ruth Johnson Ferguson.

Wayne became a Christian in his early years, joining Brookville Baptist Church. He attended Lynchburg Public Schools, graduating in 1969, as a member of the first class to integrate E.C. Glass High School. His career included over 35 years of service as a Nuclear Lab Technician at Babcock & Wilcox (BWX Technologies). As an official member of the Cherokee Nation, he was also known as 'Snake'. For years, Wayne coached little league football for the R. S. Payne Dragons. Later in life, he was a faithful member of the 'Soulsters on the Hill' choir and enjoyed singing at community events, both religious and civic.

Wayne was a loving husband to his wife, Joanne Peerman. He was a devoted father to four sons, Wayne Ferguson Jr. (Teresa), the late Shawn Ferguson, Timothy Ferguson, and Quintin Williams (Teeya); and one stepdaughter, Kenysha Bartee. His first union occurred with Mildred Banks Ferguson. He was blessed to have 14 grandchildren, five great-grandchildren, a host of nieces, nephews, and other relatives and friends.

Wayne will lie in repose today, Saturday, February 20, 2021, from 9 a.m. until 5 p.m. Services will be held at a later date. Tharp Funeral Home & Crematory, Lynchburg, is assisting the family. To send condolences, please visit www.tharpfuneralhome.com.

To plant trees in memory, please visit our Sympathy Store.
Published by The News & Advance on Feb. 20, 2021.
MEMORIAL EVENTS
No memorial events are currently scheduled.
To offer your sympathy during this difficult time, you can now have memorial trees planted in a National Forest in memory of your loved one.
Funeral services provided by:
Tharp Funeral Home
GUEST BOOK
17 Entries
It is with deep sadness that I offer my condolences to the family of Mr. Ferguson. Mr. Ferguson whom I became acquainted with through his son Wayne Jr. was always filled with laughter and knowledge. May God Bless the family and friends of such a good hearted and spirited man.
Aric Nowlin
February 28, 2021
I'm soo sorry to hear about Wayne's passing . We grew up in the same neighborhood. Much love and prayers for his familyMuch love!
Betty Scott
February 27, 2021
Carentha, I'm sorry to hear about Wayne. May God continue to Bless the entire family.
Cleotha Freeman
February 23, 2021
Joanne - I am praying for you and your family during this time. I am so sorry for your loss. Erik
Erik Johnston
February 23, 2021
Joanne, You and your family will remain in my prayers. I am so sorry for your loss. May you find peace and comfort even during this time.
Jay Grant
February 22, 2021
What an awesome person to have around to make you smile and laugh . He will truly be missed by many
Robinette
February 22, 2021
Joanne and family, we are thinking of you all at this time with sympathy.
Elaine Meil
February 22, 2021
Randy and family, Sorry for your loss of your brother. Seen him from time to time at B&W but did not know him personally. Sending prayers for you and your family in the passing of Wayne.
jimmy Barrett
February 22, 2021
Joanne, please accept my deepest condolences for you and your family during this difficult time. May each of you find guidance, peace, and healing, at this time. My heart truly goes out to you, from the loss of your beloved husband.
Cherry Wilson
February 22, 2021
Joanne, I am so sorry for your loss. I am praying for peace, comfort and strength for you and your family.
Beth Pusha
February 22, 2021
With deepest sympathy to the Family. God's Blessing to you
Joyce Ferguson
February 21, 2021
Know that you and your family are in our prayers. Take courage in knowing God never makes a mistake and your husband is resting in peace.
Everlena Ross
February 21, 2021
Praying for you Joanne and your family during this most difficult time. We love you and support you.
Hope Cupit
February 21, 2021
My prayers and condolences to the family.
Katie Walker Ross
February 21, 2021
Sending deepest sympathy to the family.
Doris Haskins-Lewis
February 20, 2021
Our sympathy to the family we worked with Wayne at BWXT. He will be missed.
Cathy & Kenny Ewing
February 20, 2021
To Wayne's family, so sorry for the lost of Wayne, I worked with him at BWXT, he was a fabulous Person he taught me alot about the Lab. He come in Homedepot and was always the same always made me laugh. R.I.P Wayne you will be missed.
Mary Diggs
February 20, 2021