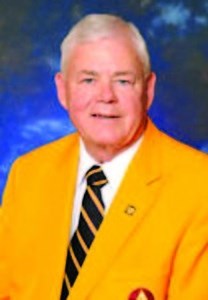 Wesley Irie Crowder, 82, of Bedford, passed away on Tuesday, July 20, 2021, at his residence. He was born on Thursday, December 29, 1938, in Bedford County, a son of the late Mack Henry Crowder and Nelia Mae Overstreet Crowder. He was also preceded in death by his wife, Patsy Brown Crowder and his brothers, the Rev. Nolan Crowder and Henry Crowder.

Wesley graduated from Huddleston High School and the Dale Carnegie School of Human Relations. He was owner of Wesley I. Crowder General Contractors and previously worked as Vice-President of L. G. Flint, Inc.

He is survived by his son, Wesley Keith Crowder and wife, Susanne Hartmann, as well as numerous nieces nephews and many extended family members.

He was an ardent fan of sports, especially NASCAR and attended the Daytona 500 race almost every year since 1963.

Wes will be greatly missed by all who knew him for his knowledge, keen eye, and his sly smirk of amusement.

In lieu of flowers, the family requests donations to Massey Cancer Center, Moose Charities and the National D-Day Memorial.