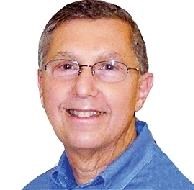 SCALONE-Albert A. of Yardley, PA (formerly of Long Island NY), died peacefully surrounded by his family at his home after a courageous battle with cancer at age 71. Born in the Bronx, he was the beloved husband of Elaine for 46 years and predeceased by his son Paul Scalone. He was the devoted son of the late Albert and Lucille Scalone. In addition to his beloved wife Elaine, he is survived by his devoted son Thomas Scalone, his wife Christen, and three energetic grandsons; Owen, Reid and Cole. Also surviving are Al's two sisters and two sisters-in-law; Leaura and Frank Salmonese, Susan Scalone, Janet Kronke, and Marilyn Pitetti. Al was a graduate of CUNY, with his degree in Engineering and received his MBA from CW Post. Al was an Aerospace Engineer working for several fortune 500 companies; retiring from Telephonics Corp. of Farmingdale, NY in 2017. Al, a resident of Yardley PA, enjoyed the last three years of retirement spending time with his family. The family will receive condolences on Thursday January 14th, at the Joseph A. Fluehr III Funeral Home 800 Newtown-Richboro Rd. (at Holland Rd.) from 2:15 pm to 4:15 pm and from 7:00pm until his Vigil Prayers at 8:30pm. Online viewing at www.fluehr.com In lieu of flowers contributions in his memory may be made to Prostate Cancer Foundation pcf.org