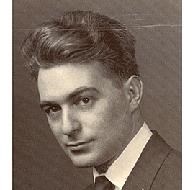 GORKIN - David Murgh, was born in New York, NY, on December 31, 1921, and died October 13, 2021, in Roslyn, New York. He was known for his stories, some of which turned out to be true. At five foot six (including his hair), he had the stature to serve as a ball turret gunner in the Army Air Force. He served with the 13th Air Force Crew 156, with whom he had numerous adventures and found lifelong friends. David attended (LIU) Brooklyn College of Pharmacy and opened Gorkin's Pharmacy, where he worked for 15 years. He then worked as a pharmacist at Nassau County Medical Center. He was predeceased by his wife of 45 years, Anne Gorkin (nee Lederman), with whom he raised three children. He spent his many golden retirement years as a world traveler with Geraldine Goldner, his devoted "fiancee of 20+ years." He was a doting grandfather and great-grandfather to both of their families. He was predeceased by his brother, Eugene and wife, Anne; survived by his three children, Susan Hocker (Richard Hocker), Pamela Gorkin (Ueli Daepp), and Alan Gorkin (Marie Kearns), and Geraldine Goldner. He is also survived by his grandchildren, Daniel Hocker (Lauren), Jason Hocker, Hannes Gorkin Daepp, Madeleine Gorkin Daepp, Elliot Gorkin (Ashley), and Tristan Gorkin, and his great-grandchildren, Caroline, Owen, and Charlotte Hocker. He is also survived by the Goldners, whom he considered close family. In lieu of flowers, donations can be made to the Jewish War Veterans, https://www.jwv.org/.

Published by Newsday on Oct. 21, 2021.
To plant trees in memory, please visit the Sympathy Store.
MEMORIAL EVENTS
To offer your sympathy during this difficult time, you can now have memorial trees planted in a National Forest in memory of your loved one.
MAKE A DONATION
MEMORIES & CONDOLENCES
2 Entries
I have known Dave for over 45 years and was unaware that he pasted away in October of this year. My sincere Condolence
Bill Halper
Work
November 13, 2021
To the entire Gorkin family and Gertie - his beautiful partner - Dave was always filled with humor, love in his heart, a twinkle is his eye and a deep understanding of life. I know he will be missed by everyone who knew him. Love to you Gertie -
Shirley (Lewis) Confino-Rehder
Family
October 21, 2021
Showing 1 - 2 of 2 results