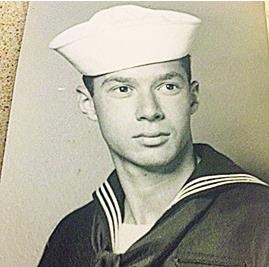 FUNERAL HOME
SINAI CHAPELS
162-05 H HARDING EXPRESSWAY
Fresh Meadows, NY
SPAR - Harold David passed away on April 17th, just three weeks shy of his 96th birthday. Born in Queens, NY on May 7th 1921, Harold lived a long, joyful, and productive life. He was married for 66 years to his beloved Mildred, to whom he professed his love on a daily basis. He was the cherished father of Bonnie Goldberg (Glenn), Lisa Frankel (Lee), and Eric Spar (Abbe). Loving grandfather of Carly, Jed, Erin, Cara, Corey, Jennifer, and Justin. Great grandfather of Eli, Nolan, and Mia. Harold was one of the most selfless, kind, and generous persons: a true gentleman. Harold proudly served as a radar technician in the US Navy during World War II. After the war, he and his best friend, Henry Meltsner, went into business with their combined $200 savings and founded the Hal-Hen Company, which manufactured devices to assist the hearing impaired. They later became the US distributors for Widex Hearing Aids, a partnership that lasted over 50 years. Harold continued to work into his 90s. Harold and Henry proudly saw their sons Eric and Ron take over and successfully grow the business. A service will held on Wednesday, April 19th at 12:45 at Sinai Chapels, 162-05 Horace Harding Expy, Fresh Meadows. The family will sit shiva Wednesday evening from 4-8:30PM in the community room of the Horizon, 61 Bryant Ave., Roslyn. In lieu of flowers, the family requests that donations be made in Harold's memory to the US Navy Memorial in Washington, DC, or to the American Heart Association.