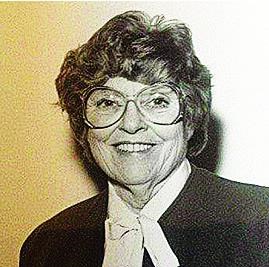 BORN
1924
DIED
2018
SLOAN - Nina Leonard, 94, of S. Setauket, passed away on Feb. 18, 2018 in Port Jefferson. She was born on Jan. 4, 1924 to Newton P. Leonard and Lucille (Putnam) Leonard in N. Attleboro, MA. Nina attended Bates College, married and moved to New York State where her first job was in social work. She earned a Master's Degree in Child Development from the Bank Street College of Education in 1963. Her years in teaching included early childhood, special education and day care administration. In 1975 Nina earned a MSW and a professional degree in psychotherapy. She worked as a therapist in an outpatient clinic and held several positions at the Woodward Mental Health Center, a day treatment facility for emotionally disturbed children. Nina was its Executive Director until retiring in 1991. In retirement, Nina was one of the first residents of Jefferson's Ferry Retirement Community in S. Setauket where she thrived and was wonderfully supported in the last years of her life. She is preceded in death by her parents, sister, and her son Leonard. She is survived by daughters Ruth (Kirk) Berger,Victoria (Edward) Swensen and beloved daught-er-in-law Jill (Leonard) Sloan, five grandchildren and five great-grandchildren. A Remembrance gathering for Nina will be held 1:30 p.m. Sat. March 3, at the Bove Center, 500 Mather Dr., S. Setauket. In lieu of flowers, memorial donations may be made to the Multiple Sclerosis Society.

To plant trees in memory, please visit our Sympathy Store.
Published by Newsday on Feb. 26, 2018.
MEMORIAL EVENTS
Mar
3
Memorial Gathering
1:30p.m.
Bove Center
500 Mather Dr, S. Setauket, NY
MEMORIES & CONDOLENCES
1 Entry
Nina Sloan was one of the finest people I have ever met. She cared. What more can I say. She cared deeply for everyone she met. She had compassion and love in her heart. I first met her in l980. I haven't seen her in years but I have always wondered how she was. May she rest in peace.
Mariann Thompson
February 28, 2018
Showing 1 - 1 of 1 results