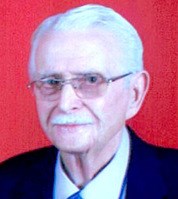 Lynn Haven - Harold Gainer Dybdal, Sr., 94, of Lynn Haven, FL passed away on Friday, August 20, 2021. He was born September 24, 1926, in Southport, FL. He proudly served in the United States Navy aboard the USS Tabora during World War II and later served in the US Air Force. He was the owner of Pier 77 Seafood Restaurant and Shrimp City Seafood Market on Panama City Beach. He was a former Regional Vice President of Gulf Life Insurance Company. He was a member of the Bay County Historical Society and the Grief and Loss Center of Northwest Florida (WPS).

Harold was also preceded in death in 2005 by his wife Jeanette K. Dybdal and most recently by his sweetheart, Quinta Scarfo.

Harold held a special place in his heart for Sabrina White, whom he considered part of his family, as well as Vickie Scott, John Lenwell, AJ Holloway, and many others that he knew or worked with over the decades.

Funeral services will be held on Thursday, August 26, 2021, at 2:00 pm in the Wilson Funeral Home Chapel with Rev. Shane Booker officiating. The family will receive friends at the funeral home from 1-2 pm prior to the service. Interment will follow in the Old Southport Cemetery.

In lieu of flowers, those desiring may make memorial donations to the Grief and Loss Center of Northwest Florida in memory of Harold G. Dybdal, Sr., (P.O. Box 2084, PC, FL 32402).