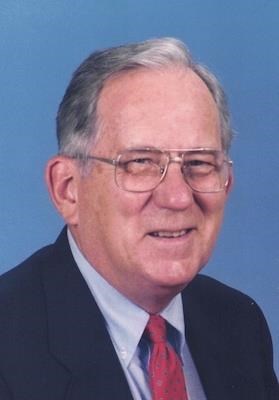 Born July 26, 1924 in Clarksville, VA, he was the son of the late Robert Henry Easley, Sr. and Bessie Brooks (Brannock) Easley.

In addition to his parents, he was preceded in death by his wife, Mary Hughes "Patsy" (Ligon) Easley; three brothers, Robert H. Easley, Jr., Frank B. Easley, and Daniel G. Easley; and a sister, Katherine E. Saunders.

Eugene was a member of Second Presbyterian Church where he had previously served as an elder, deacon and Sunday school teacher. Prior to his retirement, he worked as registered pharmacist.

A funeral service will be held at 2:00 p.m. on Wednesday, August 11, 2021 at Second Presbyterian Church, 201 W. Frederick St., Staunton, with The Rev. Evan R. Smith officiating. Burial will follow in Thornrose Cemetery.

In lieu of flowers, memorial contributions may be made to a charity of one's choice.

Arrangements have been entrusted to Reynolds Hamrick Funeral Homes of Staunton.

Relatives and friends may share condolences and memories with the family online by visiting www.reynoldshamrickfuneralhomes.com