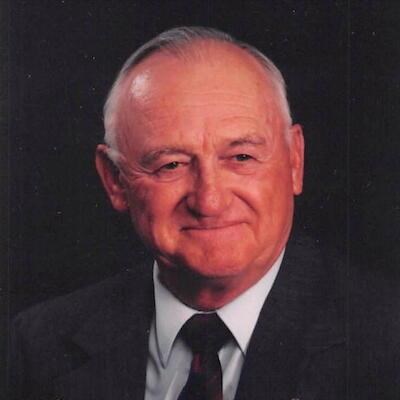 J H Cline, Sr., husband of the late Elizabeth Atkins Cline, went to be with the Lord on Thursday, July 22, 2021, at the age of 94. Born in Augusta County, VA on November 4, 1926, he was the son of the late Glenn Elbert Cline and Bernice Ruth Suter Cline. J H was a United States Navy veteran who served in WWII. He worked for Dominion Power for over 45 years until his retirement in 1992. Over the years, J H was involved in many aspects at the South Boston Church of Christ and served as church treasurer for many years. His main interest was in seeing the church grow. His favorite hymn was "Give Me the Bible". J H also was an avid golfer, Boston Red Sox fan and a member of the South Boston Lions Club. Mr. Cline is survived by a son, J H Cline, Jr. of Staunton; daughters, Pat Turner (Larry) of Alton and Terri Newcomb (Gordon) of Scottsburg; grandchildren, Chris Tuck (Liz), Brian Smith, Stephen Newcomb (Courtney), and Tammy White (Steve); great grandchildren, Noah Tuck, Eli Newcomb, Ryder Newcomb, Maverick Newcomb and half-sister, June C. Powers of Verona. In addition to his wife and parents, he was preceded in death by his daughter, Sharon C. Tuck; grandson, Jason D. Tuck; brothers, Raymond S. Cline, Glenn G. Cline, Charles R. Cline; and stepmother, Oneitta Byers Cline. Funeral services for Mr. Cline will be held at 3:00 PM on Sunday, July 25 in the chapel at Brooks Lyon Funeral Home with Minister Doug Bowen officiating. The family will receive friends at the funeral home one hour prior to the service and other times at his home. Graveside services will take place Monday, July 26 at the Lebanon Church of the Brethren Cemetery, 1168 Lebanon Church Rd, Mt Sidney, VA 24467, at 2:00PM. In lieu of flowers, those wishing to give memorials are asked to consider the South Boston Church of Christ, PO Box 571, South Boston, VA 24592 or your favorite charity. Online condolences may be expressed to the family at www.brookslyon.com. The family is being served by Brooks Lyon Funeral and Cremation Services, 115 Main Street, South Boston, VA.