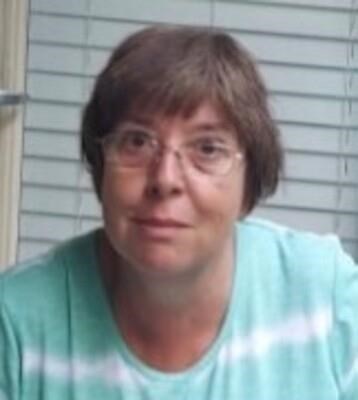 She was born on March 8, 1959, in Staunton, a daughter of Juanita (Helmick) Griffin and the late Farry "Dick" Griffin.

Joyce was a member of the Staunton First Church of the Nazarene and the Verona Moose Lodge. She previously worked for Unifi and retired from Food Lion.

In addition to her mother, she is survived by a son, Robert Crummett (Jewel) of Harmony, NC; and a daughter, Donna Campbell (Derek) of Goshen; two brothers, Wayne Griffin (Rita) of Deerfield and Charles Griffin (Kim) of Churchville; and two sisters, Mary O' Neil (J.T.) of Raphine and Annabelle Chandler of Swoope; and numerous nieces, nephews and cousins.

In addition to her husband, she is preceded in death by a brother, Buck Griffin of Weyers Cave.

A funeral service will be conducted at 1 p.m. Tuesday, August 10, 2021, in the Henry Funeral Home Chapel by Pastor Carolyn Lewis.

Burial will follow in Oak Lawn Mausoleum and Memory Gardens.

Published by The News Leader from Aug. 7 to Aug. 10, 2021.
To plant trees in memory, please visit the Sympathy Store.
MEMORIAL EVENTS
Aug
9
Visitation
6:00a.m. - 8:00p.m.
Henry Funeral Home
1030 West Beverley Street, Staunton, VA
Aug
10
Service
1:00a.m.
Henry Funeral Home
1030 West Beverley Street, Staunton, VA
Funeral services provided by:
HENRY FUNERAL HOME
MAKE A DONATION
MEMORIES & CONDOLENCES
Sponsored by HENRY FUNERAL HOME.
4 Entries
So sorry for you lost Joyce was a beautiful lady in side and out .She was always happy and beautiful smile for her face every time you saw her. May peace and love from God be with you and family .Joyce will be greatly miss .Love Rhonda
Rhonda Devore
August 9, 2021
Donna, I´m so sorry for your loss. Judieanne
Judieanne Conner
August 8, 2021
My thoughts and prayers for the family during this difficult time.
Cindy Stinespring Knapp
August 7, 2021
Always loved to see and visit with Homer, Joyce, and Donna at our auctions--good memories!
Eddie and Rhonda Shinaberry
August 7, 2021
Showing 1 - 4 of 4 results