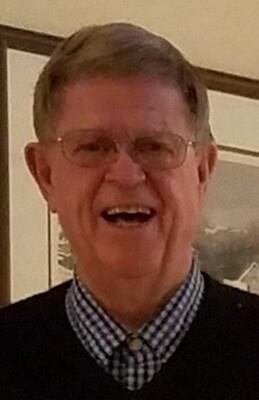 Staunton - Kendall J. Bennett, 82, husband of Betty Page (Arehart) Bennett of Spring Lakes, Staunton passed away peacefully on Tuesday, August 3, 2021 at his residence as a result of declining health.

Kendall was self-employed as a Realtor for over 50 years and was the owner of American Real Estate & Insurance Agency, Inc. In 1987, he became a licensed auctioneer and founded American Auction Gallery. He was a member of the Greater Augusta Association of Realtors, the Virginia Association of Realtors, and the National Association of Realtors. In 2017, Kendall was awarded the Cecil T. Richardson Hall of Fame Award by the Greater Augusta Association of Realtors and in 2019, was awarded the Realtor Emeritus Award for 40 years of continuous service from the National Association of Realtors. As part of his auction profession, he was a member of the National Auctioneers Association and the Virginia Auctioneers Association (VAA). In his auction career, he served as the President of the VAA in 1990, was on the VAA Board of Directors, and obtained the auctioneer designations of Certified Auctioneers Institute (CAI), Master Personal Property Appraiser (MPPA), and Accredited Auctioneer of Real Estate (AARE) designation. In 2002, the VAA inducted Kendall into the Virginia Auctioneer Hall of Fame. As an auctioneer, he fulfilled a lifetime ambition. Over the years, he and his wife attended 11 national auctioneer conventions all across the United States. He enjoyed working with people and the auction platform gave him a chance to not only sell but entertain his audience. Because of his entrepreneurship, he had the vision to start and develop American Mini Storage. He was a member of Memorial Baptist Church where he sang in the choir. He will be most remembered for singing "He's Alive" for many years at Easter. Kendall had an infectious personality and was known for his generous nature. He had no real hobbies as most people, but his hobby was to help others anyway that he could. He will be fondly remembered and missed by many.

In addition to his parents, Mr. Bennett was preceded in death by a stepson, Gregory Neil Cobb; a brother, Harold G. "Bobby" Bennett, Jr.; and two sisters, Joan Johnson and Judith Protil. Mr. Bennett was the last surviving member of his immediate family.

Surviving in addition to his wife of thirty-nine years, is a daughter, Robyn B. Nevins of Verona; a stepdaughter, Amy Kirtley and her husband Frank of Staunton; five grandchildren, Kelly Neel, Rachel Spring, Caroline Nevins, Gregory Kirtley, and Frank "Alex" Kirtley; and a great-granddaughter, Emily Neel.

The family wishes to express thanks and gratitude to Linda and Chuck Snyder, Patty Hebb, and his Hospice nurse, Carol Eye, for giving him the support he needed in order to stay at home.

A Memorial service will be held 4:00 p.m. Saturday, August 7, 2021 at Memorial Baptist Church by Pastors Temple D. Myers and Mark B. Jones. The family will receive friends following the service in the Great Hall.

Burial will be private in Thornrose Cemetery.

Coffman Funeral Home and Crematory, 230 Frontier Drive, Staunton is in charge of his arrangements.

Condolences may be expressed to the family online at www.coffmanfuneralhome.net.