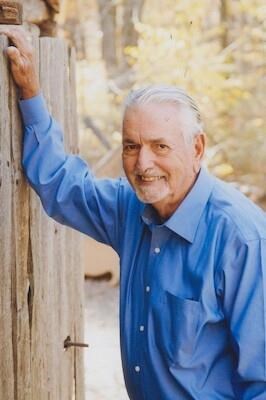 Stuarts Draft - Robert "Bob" Earl Branch, 83, husband of Anne H. Branch of 93 Branch Lane, Stuarts Draft, passed to his Heavenly home on August 6, 2021 at his home surrounded by his loving family and friends.

Bob was born on August 21, 1937, the youngest of 13 children to Clarence Russell and Elizabeth Wilkerson Branch of Buckingham County, Va.

On July 11, 1964 he was united in marriage to Anne Humphries and they made their home in Stuarts Draft, until the time of his death.

He owned and operated Branch Stables with his wife, Anne. They raised and showed Tennessee Walking horses and attended the National Walking Horse Celebration in Shelbyville, TN every year. In later years, they owned Perchron Draft Horses and wagon trained with the Buffalo Trail Riders of Goshen, Va. It was there that they met the Doug and Lorraine Thompson family and remained friends with them for a lifetime.

Bob was involved in Bluegrass and Country music and played and sang with the Backyard Bluegrass Gospel Band of Millboro, Va for eight years. He also played locally for many events. He leaves behind his good friend and fellow musician, Marvin Henderson.

Bob was a Christian man and loved his Lord and Savior Jesus Christ. Bob was a dedicated family man who had an unconditional love for his children, grandchildren, and great-grandchildren.

In addition to his parents, he was preceded in death by six sisters; five brothers; infant daughter, Robin Delaine Branch; daughter, Michele Elizabeth Branch Breckenridge; and the mother of his children, Peggy R. Branch.

A funeral service will be held at 10:00 a.m. on Wednesday, August 11, 2021 at the funeral home with Pastor Billy Coffey officiating. Burial with military honors will follow at Augusta Memorial Park, Waynesboro.

The family wishes to express their thanks to Dr. Rob Marsh and his staff for the care provided to Bob through the years and to Augusta Health Hospice of the Shenandoah.

Arrangements have been entrusted to Reynolds Hamrick Funeral Homes of Stuarts Draft.

Relatives and friends may share condolences and memories with the family online by visiting www.reynoldshamrickfuneralhomes.com