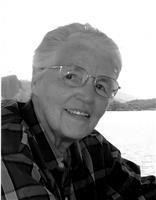 BORN
1925
DIED
2016
A remarkable life ended March 1, 2016. Professor and ornithologist Brina Cattell Kessel journeyed to the University of Alaska Fairbanks in 1951 and never looked back. She was born in Ithaca, New York, in 1925, the daughter of Quinta Cattell and Marcel Hartwig Kessel and was proud to be the granddaughter of James McKeen Cattell, a world-famous psychologist, publisher and academic who promoted the idea of faculty governance of universities.
Brina was raised in Storrs, Connecticut, and she attended the Storrs Grammar School and Windham High School. After graduating from Cornell University, she went to the University of Wisconsin to study under Aldo Leopold, the founder of the science of wildlife management. Unfortunately, he died fighting a fire soon after she arrived, and she discovered Wisconsin would not accept women into the wildlife management program.
For this reason, after her master's degree, she returned to Cornell. There, she continued to work with Arthur Allen with whom she worked as an undergraduate to record some of the first bird-sound recordings. She researched, wrote an epic thesis on the European Starling and received her doctorate degree in just two years.
At the University of Alaska Fairbanks, she rose quickly from instructor to full professor, was appointed head of the Department of Biological Sciences in 1957 and was named the Dean of the College of Biological Sciences and Renewable Resources in 1962, a position she held until 1972. After serving in other positions, in 1980, she declined further administrative responsibilities in order to concentrate her efforts on research and the development of the University of Alaska Museum.
In 1999, she was awarded emeritus status as professor, dean and curator of ornithology. It does not do her justice to say she served as the curator of Terrestrial Vertebrate Collections (birds and mammals). Her research took her to nearly every corner of Alaska.
U.S. Sen. Ted Stevens, in honoring Brina wrote, "She has traveled to scores of Alaskan villages, towns, river deltas, Interior lakes, coastal plains, mountaintops, wetlands, highway corridors, Arctic sites - locations where she set up observation posts and studied the many species of birds that live in, or migrate to the northern regions of North America."
Brina published numerous ornithological papers and books and received many honors. She was listed in the American Men and Women of Science in 1954; she was named a fellow of the American Association for the Advancement of Science in 1960 and given fellowship in the American Ornithologists' Union in 1973, and later, served as their national president. She was also a fellow of the Arctic Institute of North America. The Fairbanks Business and professional Women's Club named her Woman of the Year in 1970 and she received the University of Alaska President's Distinguished Service Award in 1981. In 1993, a Friends of Brina Kessel Committee established the Brina Kessel Medal for Excellence in Science to be awarded annually to honor an outstanding University of Alaska undergraduate science student. Later, Brina established an endowment so that a monetary award could be added to the honor.
Brina's research career was funded by a number of agencies and took several surprising turns. A proposal to the Arctic Naval Research Station was funded for research along the Colville River in the Petfore Reserve. Then she was told, "You cannot come up on to the Reserve because the Navy will not allow any woman on the Petfore Reserve unless they are married, and with their husband." She was not happy that they would accept her freshman student, George Schaller, but not her more experienced self to collect the data.
Schaller later became a preeminent conservation biologist, known worldwide. From 1959 to 1963, she was the project director for ecological investigations for the Atomic Energy Commission Project Chariot in Northwestern Alaska. The initial ecological investigation was carried out, but Project Chariot, a plan to use atomic bombs to create a deep water harbor off the coast of Alaska, was later canceled. Brina was especially pleased to accompany Olaus and Margaret Murie on some of their trips to the far northern interior Alaska and to have her participation described in their books.
Brina was predeceased by her husband, Raymond Roof; sister Jo Kessel Buyske and brother McKeen Cattell Kessel. She leaves her sister, Edgra Kessel Ringler, and her husband, Ira, of Easton, Maryland; and her brother, Quentin Cattell Kessel, and his wife, Margaret, of Storrs.
Burial will be private. Contributions may be made to the University of Alaska Foundation (fund 40815), P.O. Box 755080, Fairbanks, AK 99775 to support Brina's "Birds of Alaska" project.
Published by Daily News-Miner on Mar. 6, 2016.
To plant trees in memory, please visit the Sympathy Store.
MEMORIAL EVENTS
To offer your sympathy during this difficult time, you can now have memorial trees planted in a National Forest in memory of your loved one.
MAKE A DONATION
MEMORIES & CONDOLENCES
5 Entries
As a local Storrs resident, I mourn the loss of Brina. An outstanding woman. Quentin, I think your daughter was a classmate of my husband's daughter, Kit Turner. Please know that our family sends our dearest condolences. 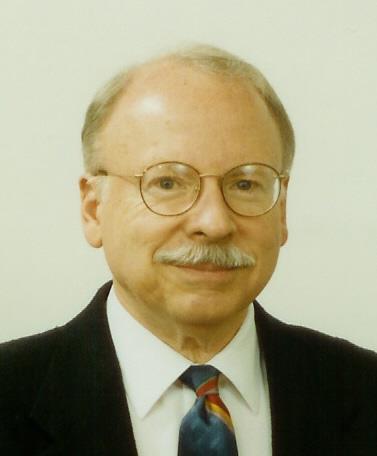 I am saddened to learn of the passing of another star in Alaska's constellation. Brina was the Dean of the College of Biological Sciences when, in 1968, I arrived at the University of Alaska as Head of the Department of Chemistry and Chemical Engineering.

We shared experiences at Cornell University from which we both had earned our doctoral degrees and where I had begun my academic career. Remote from essential research instrumentation, Brina helped me re-focus my research to investigate the medicinal plants historically utilized by Alaska Natives.

During my nearly eleven years at the University of Alaska, Fairbanks, she was always supportive and a friend. Her remarkable life and numerous contributions to Alaska stand as a tribute to her productivity as an educator, researcher and colleague
G. Warren Smith
March 13, 2016
We often past one another running near the gym during the 70s. I wish I had slowed down to talk with her.
Marian May
March 11, 2016
As the days and weeks pass, and as you return to life's routine, may you continue to feel comforted by the love and support of family and friends.
Isaiah 26:4
March 9, 2016
I met Brina when I was first hired on at the BioSciences Library at the University of Alaska Fairbanks. She visited the library regularly, and as I got to know her, I started asking rather naive bird identification questions. I didn't realize at the time just how extensive her experience and credentials were, or I would probably have been more reserved, not wanting to bother her with my ignorance. But I found Brina to be enthusiastic and helpful with every conversation, never mocking my lack of knowledge, as many birders tend to do. I will never forget her imitation of a snipe winnowing, or her excitement about flying over the Tanana flats in search of waterfowl. Every bird was still amazing, even after years of fieldwork and study.

My father also studied biology at Cornell. He was a few years older, and I've always wondered whether they ever met or crossed paths, but never had the chance to ask.

I wish I had had even more time to visit with her; her contributions to Alaska science and the university will not be forgtotten. You will be missed, Brina, and always remembered at Kessel pond.
Karen Jensen
March 6, 2016
Showing 1 - 5 of 5 results