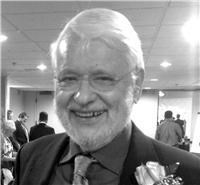 Professor Emeritus Claus-Michael Naske, 78, departed on a new journey March 5, 2014, in his Fairbanks home after a long and valiant battle against bile-duct cancer. He is survived by his wife of 53 years, Dinah Ariss Naske; his daughter and son-in-law Natalia and Steve Carboy; his son Nathaniel-Michael Naske, and his cherished granddaughters Jourdan and Jade Carboy. " I may not have many grandchildren, but the two I have are perfect," he was known to boast.
He instilled a love of reading, writing and travel in his children and grandchildren - a sense of intellectual adventurousness and critical curiousity that continues to reap creative dividends. He is also survived by his four beloved sisters in Europe and their families.
Claus was indeed the living embodiment of a dozen different success stories - swept up as a child into one of the greatest mass movement of peoples in the 20th century, he fled west from the advance of the Russian Red Army, avoiding the Nazis as well. This all before he was 10. At 16, he applied for, and got, immigrant status to the Alaska Territories, where he was shortly adopted by the Barry clan of Palmer. After that, he was drawn to the University of Alaska Fairbanks by the siren song of steam heat and a meal ticket. It was at UAF he met the love of his life, Dinah Ariss. Claus and Dinah married in spring 1960 at the Malemute Saloon in Ester. Their children Natalia and Nathaniel, followed in 1964 and 1967. An alumni and professor emeritus of UAF, Claus became a chronicler-without-peer and lifelong booster of "The Land Of The Midnight Sun." He wrote, taught, lived and made Alaska history, always having his finger on the pulse of the state. He was never shy about expressing his opinions and taking a stand, and often chastised those in public office - enlightening them on the historical record and the grievous error of their ways. He was as swift to support and encourage those on the "right side" of any given issue.
Claus and Dinah became accomplished world travelers; locating long lost relatives in Australia; visiting the pristine ecosystem of the Galapagos; cruising Antarctica, twice! They managed to establish a beachhead on all seven continents, and were working their way around again. Claus was lucky to have cultivated a dedicated cadre of true and loyal friends who stood with him throughout his long and fascinating Alaska adventure. His enthusiasm, exuberance and zest for life is already sorely missed. He was truly blessed, as are we all who have had the good fortune to share this voyage with him. May we all meet again in some distant, friendly port.
In lieu of flowers, contributions can be made to the Claus-M. Naske History Scholarship at the University of Alaska Fairbanks.
Please join family, friends and community for a celebration of life potluck from 5-8 p.m. on Saturday, April 12, 2014, at the Elks Lodge, 1003 Pioneer Road, Fairbanks. Bring a dish and a story to share.
"Life is not measured by the number of breaths we take, but by the places and moments that take our breath away." - Anonymous
Published by Daily News-Miner on Mar. 31, 2014.
To plant trees in memory, please visit the Sympathy Store.
MEMORIAL EVENTS
To offer your sympathy during this difficult time, you can now have memorial trees planted in a National Forest in memory of your loved one.
MAKE A DONATION
MEMORIES & CONDOLENCES
14 Entries
My father passed this notice along to me, Nathaniel, which confirmed once more the impact of your father's great heart and intellect on the lives of so many over so many years. Still now, anytime I think of him, of you (my very best of friends) and your family, I can hear his warm, deep voice in brilliant discussion among the adults in your living room on any number of weekend get-togethers, red wine glasses half-filled, with the strains of Gordon Lightfoot in the background. "Sometimes, I think it's a shame, when I get feeling better when I'm feelin' no pain..." I miss him, too, and will always cherish those memories. With love across the years, my old friend.
Dave Morehouse
April 9, 2014
Dear Dinah
We are very sad to learn of Claus's death. We will remember the many fun time with you both in Hawaii, Fairbanks and Eagle River often over a cup of coffee or a glass of wine.

We admire your strength and grace over the last years as you dealt with Claus's various illnesses, always positive and upbeat.

We missed you both is Hawaii this winter and hope you can join us agaiin the future.

Claus had and amazing life and he helped many many people along the way.

Our love goes out to you
Monte and Judy Weaver
April 8, 2014 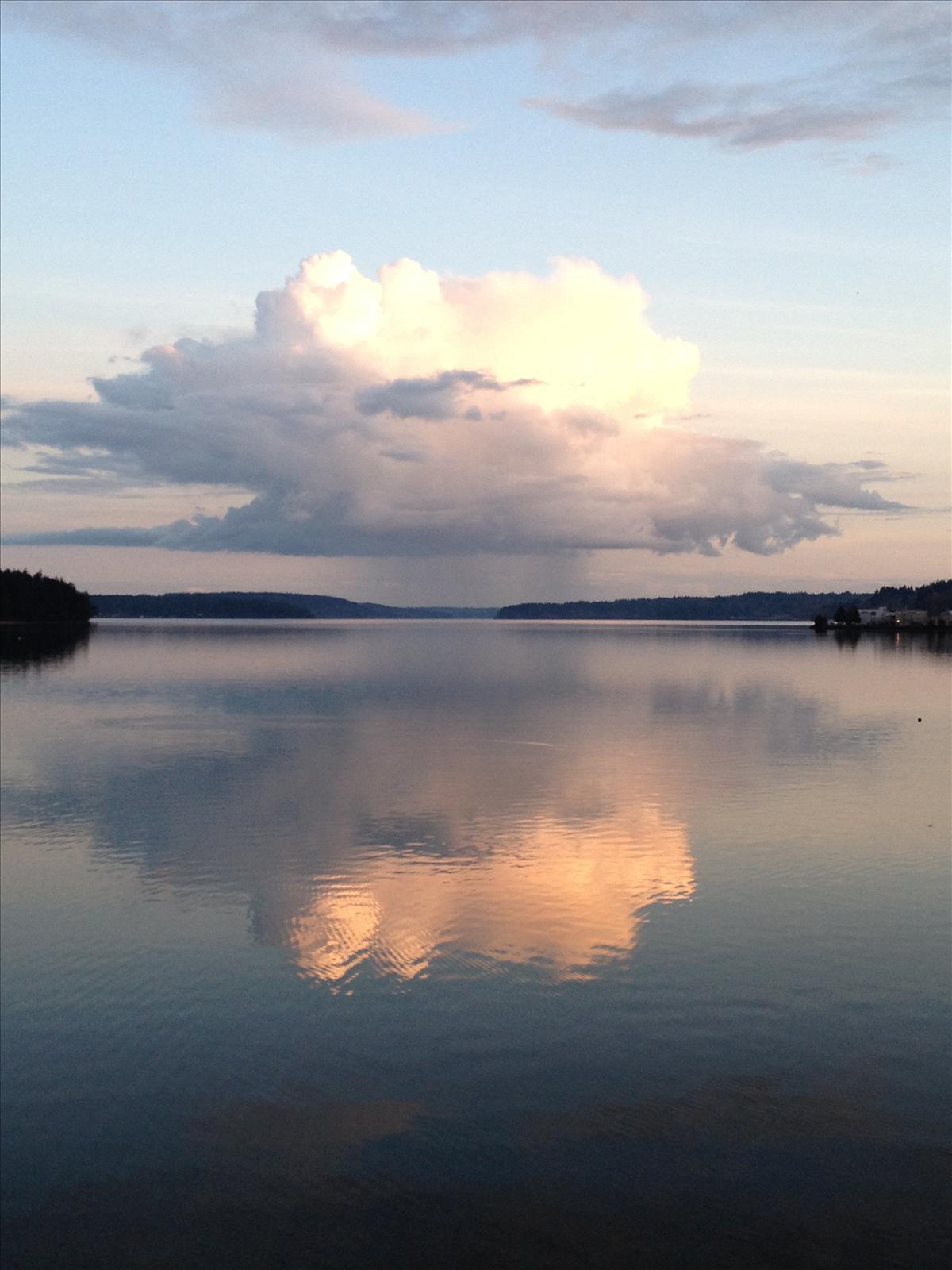 Our condolences to Dinah and the family on the loss of Claus. A wonderful man, father and of course in later years the unofficial historian of the Big I..."Another two Johnsons at this table please."
Ronan and Barbara Short and family
April 7, 2014
March 10, 2014
What a shock to learn another Alaska Historian has left us …
My sympathy to Dinah and your family. I am glad I knew Claus and called him a friend. He will be missed by many.
~
Ruth Jolly Knapman,
Fairbanks, Alaska
April 4, 2014
I'm shocked to hear this news. My heart goes out to Dinah, Natalia and Nathaniel.
Chris Weaver
April 2, 2014
We knew him and have several of his autographed books. We will miss him and his tales of Alaska.
Our sympathies to his family and friends.
J. Rogan
M. Leahy
April 2, 2014
Dinah, I was so very sorry to hear of the loss of your dear,sweet Claus, he truly was a unique and kind soul who enriched my life one Friday at time.
Laura Duffy
April 1, 2014
Our condolances to the Naske family on Claus's passing. We have known Claus and Dinah in Fairbanks since the 60s.
His research and writing on and about Alaska, his contributions to Alaska history, have been immense. He will be missed but not forgotten.

Julian Rivers & Joyce Hughes
April 1, 2014
Claus was a wonderful person to argue with and had a great laugh. He will be very much missed by many people, I know that I will greatly miss him.
Julia Parzick
April 1, 2014
Very sorry to hear of your tremendous loss. I have fond memories of your good-natured Dad from the University West days. Sincere condolences.
Mark Watson
April 1, 2014
Sorry to read of Clauses' passing. I remember him as a great guy as a fellow student at Fairbanks High School in the early 1950's. Had a feeling even then he was going to excell in life.
Richard Robinson
March 31, 2014
Lottie Fleeks
March 31, 2014
I had Dr. Naske as an instructor for two classes at UAF. I was amazed by his passion for, and knowledge of, Alaska history. In particular, I enjoyed his biographies of Ernest Gruening and E.L. "Bob" Bartlett as well as his definitive study of the history of the state. They were very well-written and easy to understand.

The academic world is much poorer with his passing.
Paul Shapiro
March 31, 2014
I miss my father very much. This obituary kinda makes it official, now. He's gone. Alaska is a poorer place without him.
Nathaniel-Michael Naske
March 31, 2014
Showing 1 - 14 of 14 results