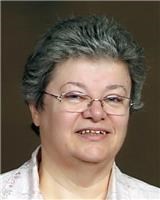 FUNERAL HOME
Blanchard Family Funeral Home
611 Noble Street
Fairbanks, AK
Aug. 3, 1957 - Nov. 12, 2021
Debbie Morgan, a long time resident of Fairbanks, passed away suddenly and unexpectedly due to Covid complications. Her best friend and youngest daughter were by her side in her final moments.
Debbie was born in Santa Monica, California, and raised in Catawba, North Carolina, where she graduated from Bandys High School in 1975. Debbie enlisted into the United States Air Force in July 1976 and was a strategic aircraft maintenance technician until her departure in 1991. Her military career was one of the highlights of her adult life as she joined out of love for country, the belief in freedom, and the pursuit of happiness. She considered the Constitution of the United States to be the most important document ever written and she was sworn to protect it and the people it represents. Her strong knowledge, passion, love for America and its history left her unrivaled in many debates on the topic.
Debbie's military career brought her to her forever home of Fairbanks, Alaska, in 1983. Immediately, she fell in love with its natural beauty, towering mountains and landscapes that could go on for miles without modern structures to ruin the views.
Debbie was a mother, grandmother, entrepreneur, pioneer and an active member of the Golden Heart Shootist Society under the alias "Desperado Rose."
Debbie enjoyed the outdoors in the summer as much as every other Alaskan; she split and stacked wood in preparation for winter and had big plans for an enormous garden in the upcoming summer months. Her idea of the perfect life was to be able to live off of the land as the earliest settlers of Fairbanks before her did.
Debbie worked for the Fairbanks North Star Borough Metropolitan Area Commuter System as a bus driver since May 2007. She often spoke highly of her coworkers, passengers and the conversations she was able to have with them.
Debbie was preceded in death by her father, Glenn Morgan, and brother, David Morgan.
Debbie is survived by her mother, Bonnie Morgan; sisters, Doris and Denise Morgan; daughters, Julie Campbell and Jennifer Connell; grandchildren, Julian, Joseph, Michael, Maverick and Phoenix; her best friend, Tina Troup; and countless amounts of friends and coworkers throughout the years.
A memorial service will be held at 2 p.m. Sunday, Dec. 5, at Blanchard Family Funeral Home. In lieu of flowers her family asks that donations be made to the Fairbanks Food Bank, a charity she wholeheartedly believed in and loved.
Published by Daily News-Miner on Nov. 21, 2021.
To plant trees in memory, please visit the Sympathy Store.
MEMORIAL EVENTS
To offer your sympathy during this difficult time, you can now have memorial trees planted in a National Forest in memory of your loved one.
Funeral services provided by:
Blanchard Family Funeral Home
MAKE A DONATION
MEMORIES & CONDOLENCES
Sponsored by Blanchard Family Funeral Home.
8 Entries
Debbie, I just can´t believe you´re no longer here. I´m so going to miss our 3-4 hr monthly conversations. We shared so many things in common and you were one of my dearest friends... love you dearly my dear friend, you are going to be dearly missed. Until we meet again. Love & prayers ....
Lora Eddy
Friend
December 4, 2021
I am very sorry for Debbie's passing. She was a great boss and a wonderful friend. I will miss her immensely.
Robin Murray.
Friend
December 1, 2021
I met you in the early 1980's here in Catawba. Your parents were newly moved in as our neighbors. You met me and my dad and still in the Air Force visiting at he time your parents/family. I am sorry to your family of your passing. Prayers to them. Was a pleasure to of met you so long ago.
Kimberly Hedrick
Other
November 30, 2021
May the God of comfort bring the family peace.
Jan
November 27, 2021
My Friend, I did not realize how important you were in my life till you were not there. I miss you very much. Hugs & love to you.
Tina Troup
Friend
November 23, 2021
Our condolences!
Jerry Stenehjem
November 22, 2021
Mom, I miss you tremendously already. Thank you for all you did to help me become the person I am today. Thank you for being such a great grandma to my boys. Love you forever.
Jennifer Connell
Family
November 21, 2021
Mom, I will carry the torch of truth from here. You are loved immensely and immeasurably. I am so fortunate to have been raised by a strong fighter who showed me that even in our darkest moments we must push forward in our lives in honor of those lost. You were my beacon of light and a warrior of truth. Thank you for all that you instilled into me from birth to today. While you may have departed from the earth, your spirit remains eternal. I love you.
Julie Campbell
Family
November 21, 2021
Showing 1 - 8 of 8 results