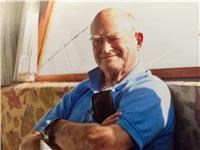 Don's family sailed from Seattle to Juneau in 1935 aboard the wooden steamer SS Zapora, which foundered. Picked up by the SS Prince George and with no space to house everyone, Don and his siblings arrive in Ketchikan in the brig.

After graduating from Juneau High School, he guarded floating fish wheels in Southeast Alaska. He earned his degree in Mining Engineering in 1943, serving as President of the University of Alaska Student Union in Fairbanks.

Don proudly served in World War II. Commissioned an ensign at Columbia University, he trained on diesel engines at Penn State, and traveled by troop train to join his vessel in Portland, Oregon. He served as an Engineering Officer aboard LCL(L)-1020 "Landing Craft, Infantry (Large)," ferrying soldiers and Maries for amphibious landings across the vast Pacific Theater.

Don's crew was preparing for the invasion of Japan when President Truman ended the war with the atomic bombing of Hiroshima and Nagasaki. During the occupation of Japan, Don walked through the blast zone of Nagasaki, unaware of the radioactive dangers.

Returning home to Alaska, Lt. Wilcox served on the Admiral's staff in Kodiak. Don was given a classified mission to locate the best site in the Territory for a new radio antenna linking Washington DC with Tokyo. His recommendation to sling the array between two peaks over the Savage River had just one problem - the location was inside McKinley National Park.

In 1948, working for the Bureau of Land Management, Don met his future wife, Dorothy Donahue, in Kotzebue. They married in Fairbanks on Jan. 29, 1949, moved to Anchorage and raised eight children.

After the 1964 earthquake, they were the first to build in Bootlegger's Cove, across from Elderberry Park. Don owned a coal mine in Sutton and worked as a contractor in Anchorage and Kenai, building part of West High School. Don taught himself to fly in his Piper J-3 Cub, and spent many years as an administrator for the FAA, planning and securing funds to improve airstrips throughout rural Alaska.

He served on the Board of Municipal Light and Power, and ran for the Alaska Legislature. He cared deeply for our country and urged us to be on guard against the loss of individual liberties.

After retirement, Don and Dorothy wintered in Alamos, Mexico, where he developed a cattle ranch and hired many local residents.

He was preceded in death by his wife of more than 70 years, Dorothy Wilcox, who died just six weeks before he did and by his oldest son, Walter James Wilcox. He is survived by his children, Mary Lucy Cannelos (George), Katie Hill (George), Dorothy Bennett (Jim), Bill (Mary Lou) Wilcox, Christine Hume, Glen (Esra) Wilcox and Peggy (Theo Graber) Wilcox, 16 grandchildren and many beloved great grandchildren. His extensive family resides in Alaska, the lower 48 and as far away as Norway and Turkey.

A celebration of life will be held later in the summer.

The family wishes to thank the Veterans Administration and especially Sharon Ameline for their dedicated care so that Don and Dorothy could live at home during their final years.
Published by Daily News-Miner on Mar. 13, 2020.
To plant trees in memory, please visit the Sympathy Store.
MEMORIAL EVENTS
To offer your sympathy during this difficult time, you can now have memorial trees planted in a National Forest in memory of your loved one.
MAKE A DONATION
MEMORIES & CONDOLENCES
2 Entries
Don & Dorothy were our friends. Don's hard work - while with the FAA - formed the very foundation for construction of new airports and upgrading existing airports in Alaska. We loved them both and they leave an impossible act to follow.
Ed & Barbara Granger
Friend
July 27, 2020
My condolences to the family . May you find comfort in your treasured memories and Gods promise to return our loved ones . 1st Thessalonians 4 : 13 & 14 .
Earnie Ray
March 14, 2020
Showing 1 - 2 of 2 results