BORN
1933
DIED
2015
On Feb. 15, 2015, legendary Alaska sprint dog musher George Attla Jr., passed away peacefully at the Alaska Native Medical Center in Anchorage surrounded by family and friends after a brief battle with cancer.
George was born Aug. 8, 1933, at a fish camp just below Koyukuk on the Yukon River to the late Eliza and George Attla Sr. His parents traveled to the Yukon River from their home village of Huslia, which is on the Koyukuk River. George was raised in a subsistence lifestyle and spent the majority of his time at fish camp, cabins and spring camp until he contracted tuberculosis and underwent nearly 10 years of treatment in Sitka.
George began his mushing career in the 1950s and became a legendary open-class sprint dog racer.
George was revered and respected throughout the world for his dog mushing career, which spanned five decades.
The movie "Spirit of the Wind" was based on his life. A book of the same title was also published. His book "Everything I Know About Training and Racing Sled Dogs" is still considered the musher's guide.
Known as the Huslia Hustler, George won 10 Fur Rendezvous World Championship Dog Races, eight North American World Championships and nine International Sled Dog Racing Association unlimited class medals. 2008 marked his 50th year of competitive sled dog racing. In 2011, George won the Bergman Sam Memorial Koyukuk River Championship in Huslia.
Gov. Steve Cowper proclaimed April 29, 1988, as "George Attla Day." In 2000, George was awarded the Best Musher of the 20th Century. In 2007, he was inducted into the first Alaska Sports Hall of Fame.
Most recently, George established the Frank Attla Youth & Sled Dog Care-Mushing Program in memory of his late son.
He was able to pass on his knowledge, lifelong experience and passion for dog racing to the younger generation. One of his students, Joe Bifelt, plans on racing in the 2015 Fur Rendezvous World Championship Sled Dog Race.
He was preceded in death by his parents, George Sr. and Eliza Attla; brothers, Steven Attla Sr. and Frank Attla; sister, Minnie Yatlin; daughter, Barbara Attla; son, Frank Attla; daughter-in-law, Christine Attla; and grandchild, Stephan Simpson.
He is survived by his partner, Kathy Turco; brothers, Robert Attla, Alfred Attla (Helen) and Barney Attla (Ragine); sisters, Rose Ambrose, Marie Yaska and Madeline Williams (Bill); children, Gary Attla, Phyllis Attla, Marilyn Van Hatten (Mike), Eliza Tiulana (Charles), George Attla III, Amanda Attla and Sheylynn Attla; 19 grandchildren and eight great-grandchildren; and numerous nephews and nieces.
A gathering was held Monday at the David Salmon Tribal Hall in Fairbanks. A service is scheduled for 11 a.m. Tuesday at the tribal hall. Immediately following the service, the family will bring him home to Huslia with a final service and burial on Feb 19.
On Feb. 8, George said the Sinner's Prayer and welcomed the Lord into his heart. The family extends heartfelt thanks to the many friends and family who offered their assistance during his illness and who came to visit, called, brought food and sent messages of love and support. Condolences for the family can be sent to Phyllis Attla, P.O. Box 104, Huslia, AK 99746. In lieu of flowers, donations can be deposited to an Alaska USA savings account No. 531583.
Published by Daily News-Miner on Feb. 17, 2015.
To plant trees in memory, please visit the Sympathy Store.
MEMORIAL EVENTS
Feb
17
Service
11:00a.m.
David Salmon Tribal Hall
Fairbanks, AK
Feb
19
Service
Huslia, AK
Feb
19
Burial
Huslia, AK
MAKE A DONATION
MEMORIES & CONDOLENCES
30 Entries
Thank you, God, for letting me meet this incredible man at Twinflower in Ely, Mn. With Leversen, who was such an important man also to the sport. Also his wife Bella. I'll never forget Ganja my favorite Leversen dog. George live on in all of our memories! See you on the other side!
Andrea Bailey ( Hario)
June 26, 2019
I was privileged to fight forest fires for BLM back in the 60's. I always tried to get with the Huslia crew because I knew George would be there. He taught me a lot about forest fire fighting. He was a great guy and a wonderful man to be associated with.
Thanks George,
Herb Miller
Herb Miller
June 22, 2019
I JUST READ ABOUT GEORGE ATTLA PASSING. I WATCHED THE MOVIE SPIRT OF THE WIND. I LOVED IT AND THE WHOLE ALASKA DATA. THE MUSIC WAS TO REMEMBER, I STILL REMEMBER IT FROM THE MOVIE. BY WHAT I READ WHAT A REMARKABLE MAN.
HE WILL BE MISSED.
DIANE & TED SNYDER
October 31, 2018
Gary,
Just saw your Dad passed away. I know you thought the world of him. He was a great man. Take care and keep in touch.
Emmett Jones
June 11, 2015 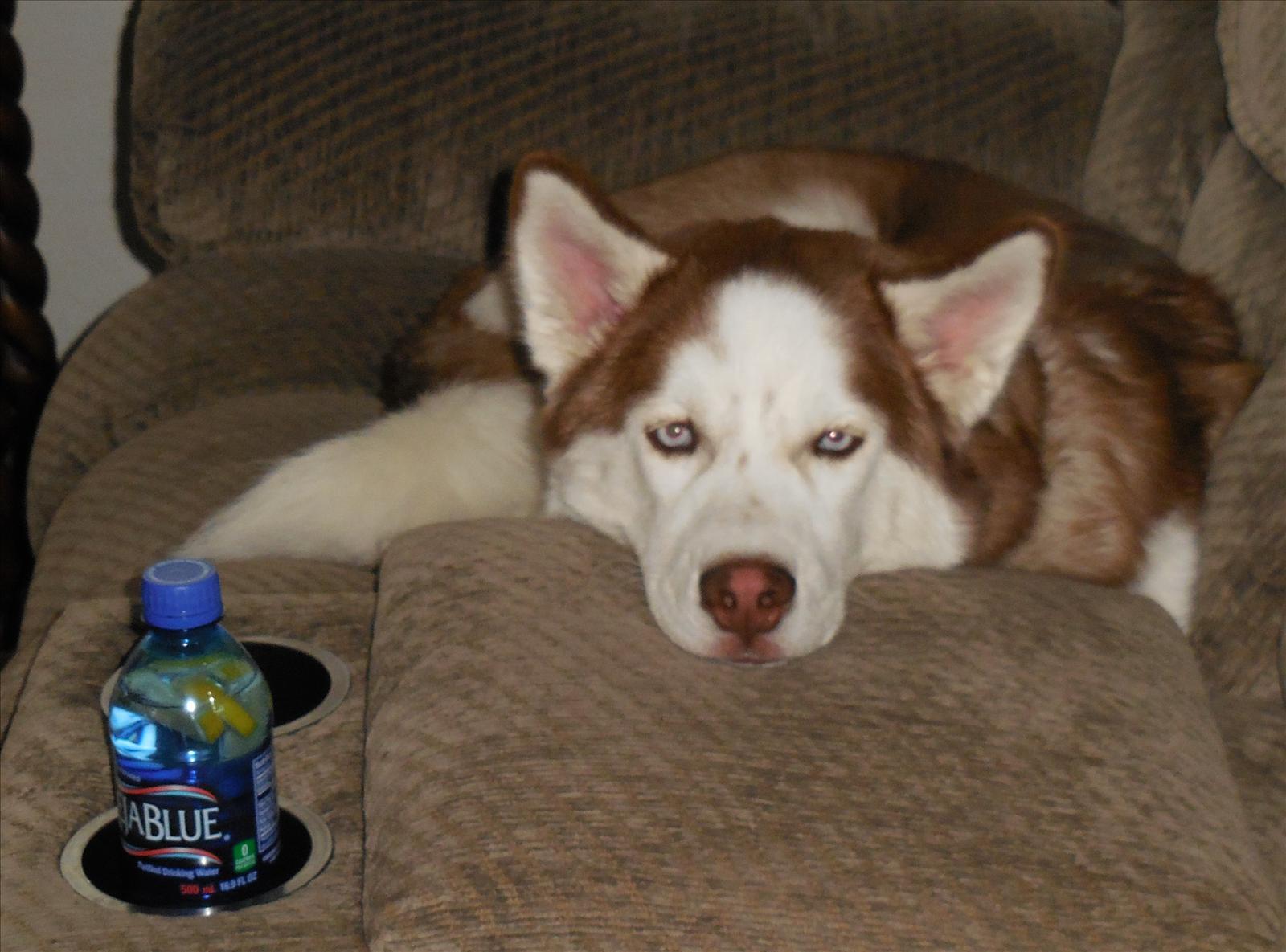 A true Alaskan Legend; he will be missed.
Nathan Wood
April 9, 2015
Condolences to the family of George Attla. I was honored to meet him in the early 1970s. He will be greatly missed.
Becky
March 16, 2015
Rest in Peace
Scott Chamberland
February 25, 2015
My condolences to George's family, I met him in the late 70's at a race in Prince Albert, Sask. he made an impression on me and I have thought of him often since.
John Lindberg
February 22, 2015
George Attla was a ledgened in his own time. I remember watching him race in the early 70's against Doc Lumbard.He was a great musher!He will be missed.My deepest sympathies to his family.
angela kniceley
February 20, 2015
George was a huge inspiration which led me to race my dogs! I was just using them mainly for chores such as getting fire wood.
I watched his movie over and over, and the music by Buffy St. Marie.
I always wanted to beat him in a race and the only time that happened was in Kotzebue when we had a storm lol.
He was always kind and smiling. We had the privilege of hosting him in our home. He is a real Alaskan native legend!
I thank the Lord we will see him again because of God's amazing grace!
Sonny Russell
February 19, 2015
Rest In Peace you were a great musher and I will never forget when George raced in Fort Yukon heartfelt condolences to the family and God bless each and every one Joyce Ward Fort Yukon, Alaska. RIP
February 19, 2015
RIP George!!
Bernice G. Ayscue
February 18, 2015
My sincere condolences to the family of George Attla Jr. May God open the Gates of Heaven with open, loving arms. RIP
February 18, 2015
My Prayers to his family, friends, relatives and people of Huslia. He will be missed. God Bless You All.
Linda M. Horace-Fort Yukon, AK
February 18, 2015
Our thoughts andd prayers for the family and friends; RIP, George. May God bless and comfort your family and friends.
Howard and Elma gillett
February 18, 2015
Thank you George for entertaing us all those years. I remember standing on the ave. hollering so loud I had no Voice. And a Great Kusko 300. RIP
Hilary Jung
February 18, 2015
May you rest in peace George, you will never be forgotten but always remembered. My sincere condolences go out to the Attla family.
Evelyn Ekada
February 18, 2015
I am sorry to hear of his passing. I enjoyed watching him race so many years ago.
Kay Daniels
February 18, 2015
My thoughts & prayers are with the Attla's and hometown of Huslia. George was a great mentor, and had a wealth of knowledge in everything sprint mushing. He & Kathy did a super job in teaching the youth of Huslia all about dog mushing. George was our pride & joy for his endurance, dedication and perfection to the sport of sprint racing despite the many obstacles he overcame. He will definitely be missed.....may he rest in eternal peace!
Darlene Bifelt
February 18, 2015
Anna

I am Sorry to hear about the Death of your Uncle George he was a very nice man and Musher and My Deepst Condolence to George's Family as well
Lucy Odden
February 18, 2015
I'm proud to say I met him. Sadly, our living legacies are going home. Prayers for the villages and people of the Koyukuk.
Jim Knopke
February 18, 2015
my deepest condolences to my friends (George's) kids from the eldest to the youngest. Sending my hugs.
Gloria jenkins
February 17, 2015
Oh my, I danced with George, was on a trail with his team and his late mother made me beaded gloves. Many very fond memories of George. May he rest peacefully. See you sometime again
auralee bunch
February 17, 2015
~Sending Deepest Condolences to everyone at Huslia, all the Attla Family,Everyone that is mourning the lost of one of the Best Dog Musher's in Alaska. The "Huslia Husler" was truly an Inspiration to everyone in the Dog Mushing World Especially up here in the Yukon Flats Area. Mahsii Choo George...~"Spirit of the Wind" Is the best there is ..~
Patricia A. Carroll
February 17, 2015
My thoughts are with the family during their loss. My prayers to you. Linda Fleury
February 17, 2015
Happy trails Uncle George, thanks for everything
Gerald Nicholia
February 17, 2015
It was honor to have met George Attla, and visit with him on the banks of the Yukon near the bridge a few times over the years.... he will be miss ....
Gordon Carlson
February 17, 2015
RIP George, you will be missed. Don Thomas Family
(Soldotna Alaska)
February 17, 2015
Sending my Condolences to the Family. God Bless you all.
Judy Peter
February 17, 2015
Alaska and the World has lost a great man.
Randi Kile
February 17, 2015
Showing 1 - 30 of 30 results