Jack & Frieda regularly attended our board meetings where he shared his positive philosophy, radiated his boundless love, and brought joy to each of us as he sang, “You are so beautiful to me …” During one Utah trip he sang with the Mormon Tabernacle Choir during their weekly practice session. His vibrant voice and radiant smile filled all of us with delight.

Jack & Frieda, we miss you and love you. Thank you for blessing our lives so deeply.
Julene Butler
October 1, 2012
Jack will be missed by so many, his character and positive energy was contagious. His was a life to celebrate. What a gift to have known him and his family. My thoughts are with you all, Brenda and Frieda I look forward to getting back to town and having some time to sit and visit with you. Until then. Hugs to you all.
Kathy Carie
August 28, 2012
Jack to me was a very easy going but inquisitive person. Kept me on my toes the short time we shared, patient to nurse. Take Care.
Debbie Fox
August 25, 2012 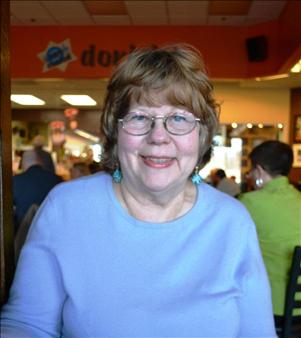 oh jack you treated everyone like an old friend, i loved listening to you sing at kareoke night.you gave richard a lot of inspiration when he was working on the gazebo for kiwanis. your wife and family will be in my prayers, GOD bless you all. :)
Jeanne Long
August 24, 2012
Brenda - thoughts and prayers with you and your family.
Beverly Ross
August 24, 2012
RIP Jack! Did you know EVERYBODY? You always greeted me as an old friend. I was especially blessed when we ran into you in the L.A. airport after 6 weeks overseas! You took us as your guests to the Board Room, and that was very much appreciated! I was always tempted to holler across the airport "Hi, Jack". You will be MISSED!
God BLESS!!
DWIII
Dan Wells
August 23, 2012
RIP Jack. Did you 'know' EVERYBODY? You always treated me like an old friend, and it was such a joy to run into you in the L.A. airport when we returned from 6 weeks overseas. Your kindness to take us to the board room was a real blessing! I was very tempted to holler "Hi Jack" when I saw you! God BLESS!! DWIII
August 23, 2012
Dear Frieda, Donna, Don and Brenda: we just learned of the loss of Jack, a loss as the obituary says, not just to your immediate family but to the community of Fairbanks and beyond. In Jack's case, all of the usual praises are not only accurate, but really fail to adequately describe his unique character. As a teacher, especially during the difficult times in the '70's, I appreciated so much his strong support both as a parent and a school board member. His cheerful optimism and kindness were as welcome as they were sadly rare in public figures during those days. In the years after you all graduated, whenever I saw Jack he was full of excitement as he told me of your accomplishments and he was, of course, unfailingly interested in what I was doing, as well. I wish I had been able to be at the memorial; had I been, I would have shared my first encounter with Jack, which was at a public meeting on the school budget in Hering, probably in 1971 or 72, when I was an untenured teacher at Ryan. I spoke in support (my first public speech in Fbx) speaking of the importance of public education to American democracy. I was immediately challenged by a very scary Joe Vogler who corrected me, saying that if I were a social studies teacher I should be FIRED since America is a republic NOT a democracy. When I sat down, Jack leaned forward and told me not to worry, that he would have said the same thing I had. I loved him from that moment. Our thoughts and prayers are with you all. Fondly, Susan
Susan Stitham
August 22, 2012
FREIDA AND THE TOWNSHEND FAMIKLY,
WHAT SADNESS YOU MUST FEEL FOR THE LOSS OF SUCH A WONDERFUL MAN. WE ARE ALL SO BLESSED TO HAVE HAD HIM IN OUR LIVES. THANK YOU FOR SHARING HIM WITH US ALL.
PEACE AND BLESSINGS
NANSI AND MICHAEL NORUM
August 21, 2012
For my Beloved Uncle Jack--who was a prince of a man....always upbeat, positive, and interested in what was going on in my life and the lives of other family members....we will miss you...but, will keep you in our hearts forever!!!! Love, Connie Legh
connie townshend
August 21, 2012
Jack was so Happy to have the picture I took of him at Kareoke he had it put on the cover of his cassette. Red suit and contagious SMILE!
R.I.P.
Janice Witter
August 20, 2012
Jack was always ready with positive energy and a good word. I'll miss him.
Dan Endres
August 20, 2012
My condolences to Freida and the rest of the family. My husband worked for Jack in the 70's.
Marianne Deadmon
August 19, 2012
Jack my family and I will miss your visits to our home. We had so much fun with our pitch games and the Irish Coffee we would always have before bed time

LOVE YOU ---PHIL WATSON
August 19, 2012
I'll miss you, Mr. Jack. You've always been a dear friend to Dionna and I, and over the past few years, to my son and daughter. I wasn't there, but my wife said my son heard you sing the National Anthem at the Midnight Sun Run this year and literally ran up to you after you were finished to give you a big hug. I'll miss your wisdom, your generosity and your songs. I have your CD's and my family will listen to them often. Take care, we will always love you.
Darrell Clark
August 18, 2012
I have his music, I have his writings, I will keep his words close to me. I will always remember the crackers with a teaspoon of coffee and a little shake of pepper. Jack will always be around. Thanks for being in my life.
Mary Maloney-Henderson
August 18, 2012
Jim & Arleen Vorderbruggen Mn. Jack was one of the first to welcome us at his beloved Diner. That broke the ice and we have made several great friends there over the years due to Jack's wonderful friendship. He always referred to my wife and I as great ambassadors for Fairbanks. We will truly miss him when we visit next year.
August 18, 2012
Jack was amazing. Jack was an enigma. He will forever be remembered for his hugs no matter who. Kindness was his forte. We will miss you.
Susan and Lee Pankratz
August 18, 2012
Condolances to the family of "Earthquake Jack" from OLD friends of the 70's.
Harvey & Margaret Martin
August 17, 2012 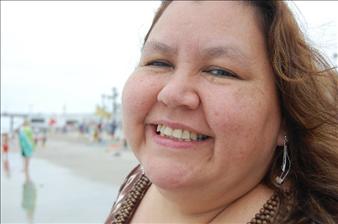 You will be missed Jack. I ever so loved seeing you and your wife at karaoke. I haven't been out in a long time because of the smoke. You always encouraged me. I remember I would just shake in fear singing and you guys would tell me how beautiful it was. Thanks for that. I will miss you so. Hugs Frieda
Bonnie B
August 17, 2012
My condolences to Jacks wife Freida and family. I worked for Jack at the old observatory and moved on from there to NASA. He supported my career change and was always a friendly person. We had our issues but these were minimized by his concern for people. He was a great addition to Alaska.
John Annexstad
August 17, 2012
Showing 1 - 27 of 27 results