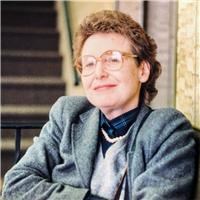 BORN
1933
DIED
2021
Patricia Ellen (Burns) Ward died peacefully in her sleep on Feb. 8, 2021, at Emerald Heights in Redmond, Washington. She was 87.
Pat was born on Sept. 30, 1933, in Philadelphia, Pennsylvania, to Pauline (Kofsky) and John E. Burns. The only daughter and the eldest of five children, she spent her early childhood in Philadelphia and Bucks County, Pennsylvania, and later moved in 1944 to Haddon Heights, New Jersey. Pat attended Camden Catholic High School in Cherry Hill, New Jersey, graduating in 1950 as valedictorian of her class. She excelled at Manhattanville College, a Catholic girls liberal arts college in Purchase, New York, graduating in 1954 with a Bachelor's Degree in philosophy and a minor in Greek.
Pat enjoyed traveling and adventure. In the 50s, she led American Youth Hostel bicycle tours across Europe and on Cape Cod, Massachusetts. For six months in 1956, she taught English to children at the Maryknoll Catholic Mission in the Quintana Roo in the town of Bacalar, Mexico, in the Yucatán Peninsula before contracting malaria and returning home. Pat later moved to Washington D.C. to work for the National Catholic Education Association (NCEA) and traveled the country in support of their mission.
In 1962, she joined her girlfriend, Ruthie Brown, and drove up the Alaska Highway (ALCAN) in a Chevrolet Corvair from Idaho to Fairbanks, Alaska, a journey over 2,500 miles on rough unpaved roads. For a short time, Pat lived in Anchorage and worked for the Anchorage City Court. She met James Ward through mutual friends and, shortly thereafter, they were married at Holy Family Church in Anchorage on June 29, 1963. Over the next 23 years, Pat and Jim settled in Fairbanks, Alaska, built a house off Farmers Loop Road with the help of their architect and friend Ralph Alley, and raised three children. Following in the footsteps of her father, Pat and Jim built a large garden in front of the house and spent the long Alaska summer days tending the garden and the fall and winter canning, cooking and eating its bounty. She always had a large supply of homemade sauerkraut that lasted throughout the long winter months.
Pat enjoyed reading cookbooks, watching "The French Chef" with Julia Child and putting her skills into practice. She spent many hours in the kitchen baking, creating healthy recipes and passing on her culinary skills to her children. In her spare time, she thoroughly enjoyed reading, filling her home with classical literature, nonfiction and detective novels.
Early childhood education was very important to Pat. While the children were young, Pat was instrumental in establishing the first Montessori school in Fairbanks, modeling it after her work and knowledge of the Montessori Method established by Dr. Maria Montessori in Rome, Italy. She was an active member in the local Catholic dioceses, and a volunteer at Immaculate Conception School (ICS), the Catholic elementary attended by all three children.
As the children grew older, Pat returned to study at the University of Alaska Fairbanks, pursuing a Masters of Business Administration degree as well as working at Central Supply Co. of Alaska., an electrical, plumbing and heating supply company co-owned by Jim. In 1986, Pat sought warmer climes and moved the family to Seattle. She worked as a purchasing agent for the University of Washington until her retirement in 1998. After retirement she purchased a small cottage in Conover Commons in Redmond where she returned to her love of gardening and was a frequent visitor to Molbaks.
Pat is survived by three children, Christopher and Nicholas Ward and Alison Maksym; grandson, Ian Maksym; brothers, John and Richard (Ken) Burns; her aunt, Ruth Burns; and numerous cousins, nieces and nephews. She was predeceased by her brothers, James (Jimmy) and Michael Burns, and her late husband, James Ward.
Due to Covid-19 restrictions, funeral services will take place in private on Friday, Feb. 19, 2021, at 11 a.m. Pacific at the Holy Family Church, Kirkland, Washington.
In lieu of flowers, memorial contributions can be made to the Catholic Community Services and Catholic Housing Services of Western Washington (CCSWW), ccsww.org, or Alzheimer's Research, www.alz.org/research.
Published by Daily News-Miner on Feb. 18, 2021.
To plant trees in memory, please visit the Sympathy Store.
MEMORIAL EVENTS
To offer your sympathy during this difficult time, you can now have memorial trees planted in a National Forest in memory of your loved one.
MAKE A DONATION
MEMORIES & CONDOLENCES
3 Entries
My condolences to the family . May you find comfort in your treasured memories and Gods promise to return our loved ones . 1st Thessalonians 4 : 13 & 14 .
February 19, 2021
May your hearts soon be filled with wonderful memories of joyful times together as you celebrate a life well lived.
John E. Burns
Brother
February 19, 2021 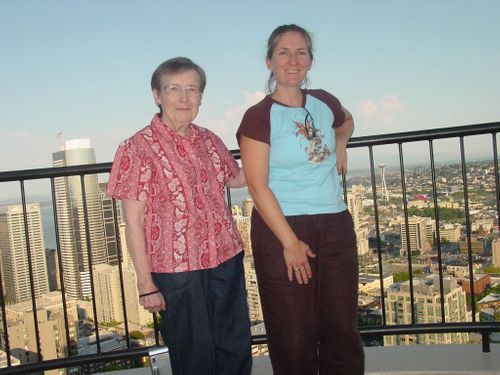 Aunt Patsy, I have fond memories visiting you in Seattle with Mari who was only 5 at the time. She said you made the best grilled cheese she had ever tasted. You had such an interesting life, I only wish I had known you better and had more time with you in my adulthood when I would revel in and appreciate your stories as a strong independent thinker. Your legacy will live on in Alison, Nick and Chris. Rest in peace.
Leslie Burns Patient
Family
February 19, 2021
Showing 1 - 3 of 3 results