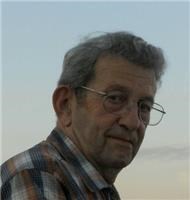 In the years between he led a full life. As a child he moved to Hot Lake, Oregon, when his family bought a large facility that was used as a nursing home and vacation site. He graduated from high school in La Grande, Oregon, in 1953. He started college at Eastern Oregon College and finished his undergraduate degree at the University of Oregon. In 1960 he graduated from the University of Oregon Medical School. He did his internship in Sacramento. On Jan. 1, while he was in his first year of residency in Sacramento, he received a draft notice. He was to report to Fort Sam Houston on Jan. 10. In March he began work at Bassett Hospital on Fort Wainwright.

During his first year of college he met Mardee Hanson. They were married in December of 1956, during his first year of medical school. When he was sent to Alaska the plan was to stay for 18 months. However, he loved Alaska, so extended until they told him he had to get out of the Army or go to another base. The Army would give you a free move back to your home state within a year. That was the plan when they put everything in their riverboat and rented a one bedroom house off Birch Lane. They had three little boys so they built a triple level, youth size bunk bed for the boys and slept on a hide-a-bed in the living room. That fall a neighbor came to collect money for another neighbor that plowed snow. Later in the winter, the first neighbor's family decided to go outside for the winter and came over to see if they would like to rent their bigger house. They were delighted and the thought of returning to Oregon ended.

When the 1967 flood came the owners decided to sell the property and build their dream house down river. The Roths bought the house and have enjoyed their many years of living there. After his years at Bassett, Bob didn't feel he needed to finish a residency, so began to practice medicine when he was discharged. This continued until retirement. He maintained friendships with many former patients and loved it when he connected with a person he had delivered.

Bob had always been a hunter. He met a student at the University of Alaska, where he worked some, and they started wolf hunting. The student was a pilot. Bob bought a plane and the two of them had many adventures. There were sheep hunts with the kids and friends. He once hunted in Africa with his dad and visited relatives in Switzerland on the way home. The riverboat was a part of his life until the end. Whether it was looking for beaver on the Chena or running the Yukon 800 he enjoyed being on the water. He loved trips to Paxson, Gulkana, Valdez and Becky Lake. Also many winter trips to Hawaii and adventures in the motorhome. He kept bees for most of his time in Alaska. Mardee's folks taught them to play bridge in college and they enjoyed it until the end. In recent years they played duplicate.

Bob leaves behind his wife and six children, Mike, Bill, Jim, Ben, Andy and Katie. He has nine grandchildren and three great-grandchildren.

A celebration of life will be held Saturday, Aug. 21, 2021, in the family yard off of Birch Lane. We will start gathering at 2 o'clock. The exact nature of the event will be influenced by the weather but we would welcome people to share stories, and food if they'd like. There will be carrot cake and s'mores.

Please visit www.legacy.com/obituaries/newsminer to sign an online guest book.
Published by Daily News-Miner on Aug. 9, 2021.
To plant trees in memory, please visit the Sympathy Store.
MEMORIAL EVENTS
Aug
21
Celebration of Life
2:00p.m.
in the family yard off of Birch Lane
AK
MAKE A DONATION
MEMORIES & CONDOLENCES
14 Entries
I am very sad to read of the passing of our dear BBO bridge friend " bobrothak" we all began playing online bridge about 18 years ago....so many now no longer with us...Bob was a very smart , fun player..testy at times, but we all enjoyed his humour and concern for his BBO friends.... My Sympathy to Dr Bob's family.....Sincerely Christine M. MacCuish
Christine MacCuish
Friend
October 24, 2021
We were the next door neighbors to the Roth family as their children grew up in the home my father built. My first job was babysitting for them. Later, when I was in college, Dr. Roth hired me to work part time in his medical office. They were great neighbors and friends to my family. In more recent years we visited and stayed with them in their AirBnB when we visited Fairbanks with our sons or I came back for a high school reunion. I always cherished the time I got to visit with Bob and Mardee. Their sons, Mike, Bill, Jim and Ben were special to me as I watched them grow up as I babysat them over the years. I did not really know Andy or Katie as they came along after my babysitting years were over. However, I have kept up through Mardee's wonderful Christmas letters on how the entire family has grown. Bob was the patriarch of this great family and will be missed by all of them and the others like my family who were lucky to have known him too.
Merry Maccini
Friend
August 27, 2021
Mardee and Family, When we received your note of Bob's passing a flood of fond memories washed over us, we grew up attending Jr High, High School, and College together. Football, wrestling, hunting with Bob's dad around the Hot Lake property great memories! Mardee worked for my father at the Liberty Theater in La Grande while in College and dating Bob. When Bob and his family moved to Fairbanks, my Job took me there twice a year and we were able to catch up on our lives as old friends again. We visited again at his home on the river and later our home in Scottsdale. High School Reunions, emails, and visits to Arizona when he sought counsel from Mayo Clinic. Bob loved when they started restoring the Hot Lake property and we had many discussions and memories of ice skating parties he hosted while in High School. Shari and I send our love and prayers to the whole family at this time in your lives. God Bless
Charles & Shari Greulich
August 18, 2021
To Mardee, Ben and all the Roth's, Molly and I join many others in sending you our condolences and best wishes at this difficult time. Bob was our family doctor for many years before his retirement. We knew we were in good hands, always, in his care. He did what he loved, where he loved doing it, with his family and friends. Rest is peace, Dr. Bob and thank you for your life.
Jay & Molly Lewis
August 15, 2021
What a great guy. He will be missed by everyone who knew him.
Melinda L Butler
August 13, 2021
May your hearts soon be filled with wonderful memories of joyful times together as you celebrate a life well lived.
Todd Emanuel
Other
August 10, 2021
My sincere condolences to the Roth family. Dr. Roth delivered three of my five sons and was our family doctor for twenty years. We always appreciated his care. He was a wonderful person.
Susan Ashton-Spriggs
August 9, 2021
Dr. Roth has been a fixture in the Fairbanks Community and in my life for as long as I can remember. I was lucky enough to see your mom and dad at Bridge Club pretty often over the past few years, and got "sweet talked" into buying honey more than once. He will be missed. Cheers to a life filled with adventure and a legacy of a beautiful family that is ever his gift to us. Much love from our family to yours, Beth Grey & Family
Beth Grey
August 9, 2021
One of my favorite memories of Bob was when he stood outside in -8 F, in his red and black buffalo checkered housecoat and gym socks. Looking much like he did when he wasn't going to work. Unshaved, hair sticking out, with a big smile. He was giving us a 'be safe' send-off for our trip back home. Motorcycles packed on a flat bed pick-up truck so we could get below the snow line, did I mention 1 ft of snow on the ground? Yup, and Bob standing in that snow with just his socks on! Makes us smile every time we think of it. Very generous couple, he and his wife Mardee. Spent many months enjoying their hospitality as we visited family in Fairbanks. Your family is in our thoughts, Bob. And memories of going fishing on the Gulkana, the cabin on Paxson Lake, your log bungalow with a warm fireplace, and the truck topper/camper (made a great bedroom stuffed between your house and the bungalow) All memories we treasure. You were a huge part of a fine family. Your legacy lives on. Love you all, and know that you are in our prayers. Sending love. Sandy and Wendell Weston Hershey
Sandy and Wendell Hershey
August 9, 2021
Alaskans will always remember Dr. Roth and his kindness. My his memory give his family comfort and peace. So many of us will remember him in our lives.
Joyce R Bennett
Friend
August 9, 2021 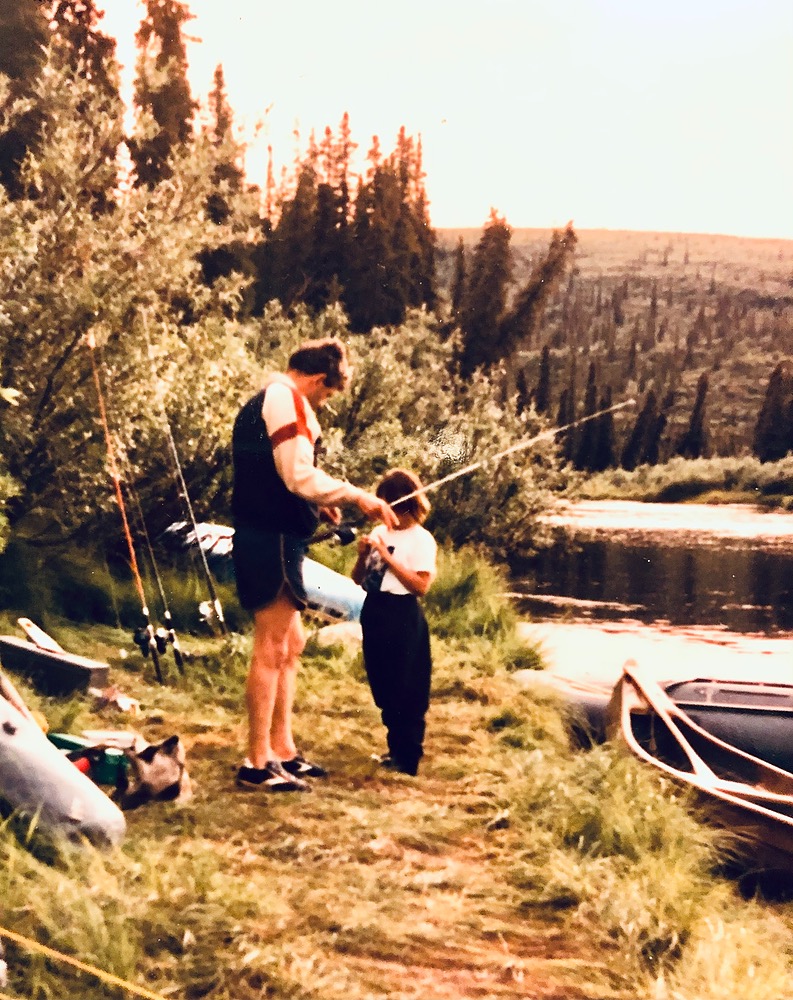 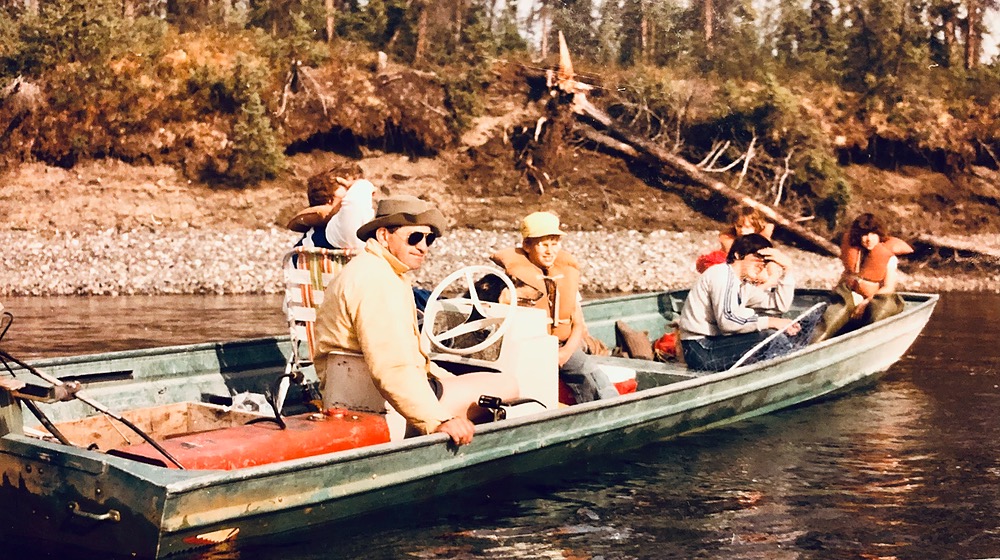 Shelly Showalter
Friend
August 9, 2021
I am sorry to hear of your loss and wish prayers and condolences to the whole family during this time. While Bob was a complex man, under that rough exterior was a warm heart and a wickedly dry sense of humor. Smile... I will be forever carry with me memories of Bob and Mardee making me feel at home during my first years in Alaska. Memories of family gatherings, card games around the dining room table, boat rides on the Tanana River, float trips on the Gulkana, Bob delivering our two oldest sons and caring for my family as a physician, and in more recent years dropping by my office for a chat or to bring me honey. He will forever be remembered as one of my Alaska parents and will always carry a special place in my heart. Pictures are from a Gulkana trip back in the early 80´s. Shelly Showalter
Shelly Showalter
Friend
August 9, 2021
Showing 1 - 14 of 14 results