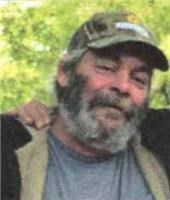 BORN
1964
DIED
2020
Russell James Talbot, was born March 7, 1964, in Fairbanks, Alaska. He died on April 15, 2020, in Silverton, Oregon, at age 56. Cause of death was COPD and heart failure. He was a resident of Silverton for more than 35 years. Soon after his birth, the family moved to Fairfield, California, to be near his paternal grandparents, before his father's deployment to Vietnam as a Helicopter pilot. His father returned home in July 1966 and was stationed back home in Fairbanks at Fort Wainwright. In July 1968, the family moved back to Fairfield. After a short time in California the family moved back to Anchorage, Alaska, in 1969. The family purchased a new home in Anchorage and Russell started his first year of school at Northwood Elementary, in a suburb of Anchorage. In 1976 the family relocated back to Fairfield, where Russell completed grade school and attended St. Patrick High School in Vallejo, California. Russell started working full time at the age of 18. He enjoyed working in construction. He traveled extensively all over the country with work. He worked for his dad, who was a project manager, and worked his way up from a laborer to an experienced sandblaster and painter. Later, he began working in the field of steel erection as an installer and welder. He remained in this line of work for the rest of his life.
He met his first wife in Colorado, and they soon had two children: a son, Justin Daniel, and a daughter, Elizabeth Ann. They divorced soon after. Russell continued working and in his spare time enjoyed the outdoors, especially hunting and fishing. Russell eventually met the love of his life in the early 1990s, Rose White, she was previously married and widowed; she was the mother of four grown children: three girls and a son. Rose traveled with Russell all over the country from job to job, making a home wherever they settled. Russell was always willing to help friends and family with all types of building projects, his nephews learned valuable skills regarding the proper use of tools and care of them. He was always a willing friend.
Russell is survived by his parents, David and Gail Talbot; maternal grandparents, Melvin and Margaret Anderson (deceased); paternal grandparents, Robert and Yolande Talbot (deceased); a special uncle, Dan Talbot; numerous nieces and nephews, cousins aunts and uncles; son, Justin Daniel Talbot and a daughter, Elizabeth Ann Gonzalez; three granddaughters; brother, Robert and Robin Talbot; brother, Richard and Christine Talbot; brother, Randy Talbot; and sister Yolanda and Amir Ahmadian; stepchildren, Tina White, Jennifer Chavez, Steven Hernandez and Angela Hernandez; as well as 18 grandchildren and 10 great-grandchildren.
A viewing of the body was held for family members only at Unger Funeral Chapel on Sunday, April 19, 2020. Cremation followed because of COVID 19. Church services and graveside services were restricted to 25 persons in attendance. It was decided by the family that funeral services and celebration of life will be held at a later date at St. Paul's Catholic Church and St. Paul's cemetery in Silverton. Date of services will be announced.
To plant trees in memory, please visit our Sympathy Store.
Published by Daily News-Miner on May 29, 2020.
MEMORIAL EVENTS
No memorial events are currently scheduled.
To offer your sympathy during this difficult time, you can now have memorial trees planted in a National Forest in memory of your loved one.
MEMORIES & CONDOLENCES
1 Entry
Im so sorry to learn of Russells passing. We enjoyed spending family time with the Talbot family as our kids were growing up. Heartbroken for his family and parents David & Gail.
Linda (Breckenridge) Schwald
Friend
May 31, 2020
Showing 1 - 1 of 1 results