BORN
1924
DIED
2014
After a good long life, Steven Attla Sr. "Denaah'ek'oogheeltune" age 90, of the Bidziyh tagh hot'aana (caribou) clan, passed away Oct. 9, 2014, in Huslia, surrounded by his loving family and friends.
Steven was born July 18, 1924, in Hughes to George Sr. and Eliza Attla, and was the oldest of 11 siblings. He was raised in the traditional Koyukon Athabascan lifestyle. When he was 3 years old, he moved with his family from Hughes to the Dulbi area, and it was there he met and married his wife, Catherine Charles. They were married in 1944 and began their life in Dulbi with his parents.
Steven was a lucky trapper, hunter, fisherman, carpenter, craftsman of snow shoes, sleds and canoes, and both steam boat and engine pilot. He raised dogs and he helped his brother, George, begin his dog mushing career. He also was involved in the Huslia Village Council as a chief.
In 1942, Steven started earning wages for the first time at the Galena Air Force Base doing seasonal work. During the winters he provided for his family on his trap line. He learned everything he knew about trapping from his father, who had learned everything from his father, Old Man Attla. During summers he began working on Jimmy Huntington's barge where he worked his way up to steam boat pilot. He then began working for Weaver Brothers Trucking and Shipping. For about 25 years, he worked for Yutaana Bargelines and Black Navigation. During his employment with these outfits, even though he didn't know how to read or write, he studied with the help of others to get his U.S. Coast Guard license.
In 1969, with the birth of his youngest son, Alvin, he decided to retire from the river to spend more time with his family. He began working for the Yukon Koyukuk School District, maintaining the school facilities until he retired in 1985.
Steven and his wife got a business license to practice and work in the traditional subsistence lifestyle. Together they were awarded a community care license to foster children in their home.
He was a great storyteller of Kk'abonts'idnee, traditional stories and stories of his people. He had a comical witty nature and loved to make people laugh with his stories. Steven's knowledge, storytelling and presence will be greatly missed.
He was preceded in death by his wife, Catherine Charles Attla; parents, George Sr. and Eliza Attla; grandparents, Old Man and Annie Attla; maternal grandfather, Reagan; wife's grandparents, Francis and Christine Olin; brother, Frank Attla; sister, Minnie, and infant sister; his children: daughter, Norma Attla; sons, Walter John Sr. and Leanord and two infant sons; foster son, Crispin Esmailka Jr.; grandchildren, Harvey Williams, Jonathan Ambrose and Benny Attla Jr.
He is survived by siblings Rose Ambrose, George Attla Jr. (Kathy), Madeline Williams (Bill), Alfred Attla (Helen), Robert Attla, Barney Attla (Ragine), Marie Yaska; children: Joss Olin (Isabelle), Vina Bilow, Justine Attla, Steven Attla Jr. (Geraldine), Earl Attla, Margie Ambrose (Joe), Benny Attla (Georgia), Catherine Marie Henzie, Alvin Attla; grandchildren: Stevie Demoski, Frank Bilow (Trista), Waldo John, Molly John, Marcella David, Walter John Jr., Debbie Kokrine (Rob), Leon Nollner, Donovan Olin (Pauline), Ryan Olin (Jenna), David Attla (Mary Grace), Roxi Harper, Charles Yaska, Mary Rose Yaska, Eric Bruck, Charlisa Attla (Brian), Ginger Attla, Andrea Ambrose (Dave), Erica Ambrose (Alex), Robin Demoski, Aaron Beasley, Ruth Ann Attla, Julia Wholecheese (Gordon), Melanie Wholecheese (Jimmy), Brandon Wholecheese (Gina), Jonathan Wholecheese, Sarah Ashley Henzie, and many great-grandchildren, nephews, nieces, relatives and friends.
Funeral services will be held at 11 a.m., today, Oct. 11, in the Huslia Community Hall. He will be buried in the Huslia Cemetery.
Published by Daily News-Miner on Oct. 11, 2014.
To plant trees in memory, please visit the Sympathy Store.
MEMORIAL EVENTS
To offer your sympathy during this difficult time, you can now have memorial trees planted in a National Forest in memory of your loved one.
MAKE A DONATION
MEMORIES & CONDOLENCES
18 Entries
I give thanks that both Steven and Catherine shared so much of the history, stories, skills of their people. They gave us more light in our world. Noble people indeed.
Connie Keller
November 7, 2014
My condolences to the family of Steven Sr. It is a great loss to us younger. It saddens me that with the passing of our great people, we lose much of our cultural guidance and cultural growth.
Catherine Moses
October 15, 2014
Steven was a truly great man and a great teacher. He was kind, generous, modest, funny, an amazing storyteller, a father and grandfather, and a wonderful husband to Catherine. They worked together in teaching all interested people about traditional life and stories. It was an honor to know Steven and Catherine. Their voices will ring in my ears until my last day. Thanks to you, old friends, and peace.
Richard Nelson
October 14, 2014
I am filled with sadness at the passing of Steven. My grandfather owned Weaver Brothers Trucking and I have heard many stories of the barges he worked on. As a young girl I would gather around my grandfather Russ Weaver to hear tales of the Attla family. May peace be with his soul and the trails allow safe passage.

Joan Whorton(granddaughter of Russell Weaver; Weaver Brothers Trucking.
October 14, 2014
I was saddened to hear of Steven's passing, he was a very nice person and both him and Catherine were very close friends with my parents, Patricia and the late Henry Ekada Sr. May you RIP Steven and you will be missed by all who knew you. Prayers to the family.
Evelyn Ekada
October 13, 2014
Keeping the family in my prayers.
Bernice Gurtler Ayscue
October 13, 2014
Beloveds, may the beautiful memories of Your loved one provide solace and strength during this difficult time. And may you find comfort in God's promise of life without end in Paradise.
(Luke23:43)
Amy
October 13, 2014
Although this is a sad time I know that there is great celebration with all greeting Uncle Steven in the next life. He was such an inspiration to all and leaves behind his legacy through his wonderful family. Love and prayers to all.
Sandy & Rich Cummings
October 13, 2014
My condolences to all of Steven's family. I will miss his stories and the warm smile that always greeted you! I will always carry the image of Steven standing on the river bank by their old house to greet us as we came up the river.
Robert Lambrecht
October 12, 2014
So sorry to learn of Steven Attla Sr. passing. He lived a positive life on earth, and his spirit shall continue forever. Respect to him and his family.
Wally Clement
October 12, 2014
Steven was an awesome man, I worked with Steven in Huslia for Yukon Koyukuk School District off and on from 1982 until I left YK in 1989 , He was full of Knowledge,Humor,Laughter and A Lot of Very Interesting Stories About His Life, I have missed visiting with him,working with him and will always have a smile when I think of Steven,He use to tell me after observing my work "Look Like Somebody Been there" My condolences to all his family and friends
David & Cara Brown
October 12, 2014
Our sincere condolences to the family and friends of our dearest elder. Although he will be missed; his memories will live on in those who shared his stories; laughter and joy. Hugs and Love to all as I pray for all. Howard and Elma Gillett and family.
Howard and Elma Gillett
October 12, 2014
His passing causes sadness, but he leaves many happy memories. For me, the memories are stories he told -- and sometimes jokes or tricks, He left a great legacy for the younger people of is family and community.
October 12, 2014
tears fell when i found out we lost an elder. i grew up in Huslia, Alaska and knew Uncle from my early first memories. I don't like losing our elders as they carry so much knowledge of who we are. i only hope that i learned from him enough to carry on to the next generation. Rest in Peace In the Heavenly Kingdom, Uncle.
mary jane derendoff
October 11, 2014
Uncle Steven was a kind and generous man, may he be blessed for that. I remember when he would visit my dad on a regular basis; how they loved telling stories and to reminisce about the good old days. I remember hearing a lot of stories of long before my time. He was one of the elderly leaders who taught a lot to the younger generation on how to do thing at home. He had many skills to share with others too. He will be missed by many friends and his family.
Arlene Farmer
October 11, 2014
I am blessed to have known him, and made welcome in his home and family. He scouts the trail we shall all follow in our time, to re-unite in a better world. 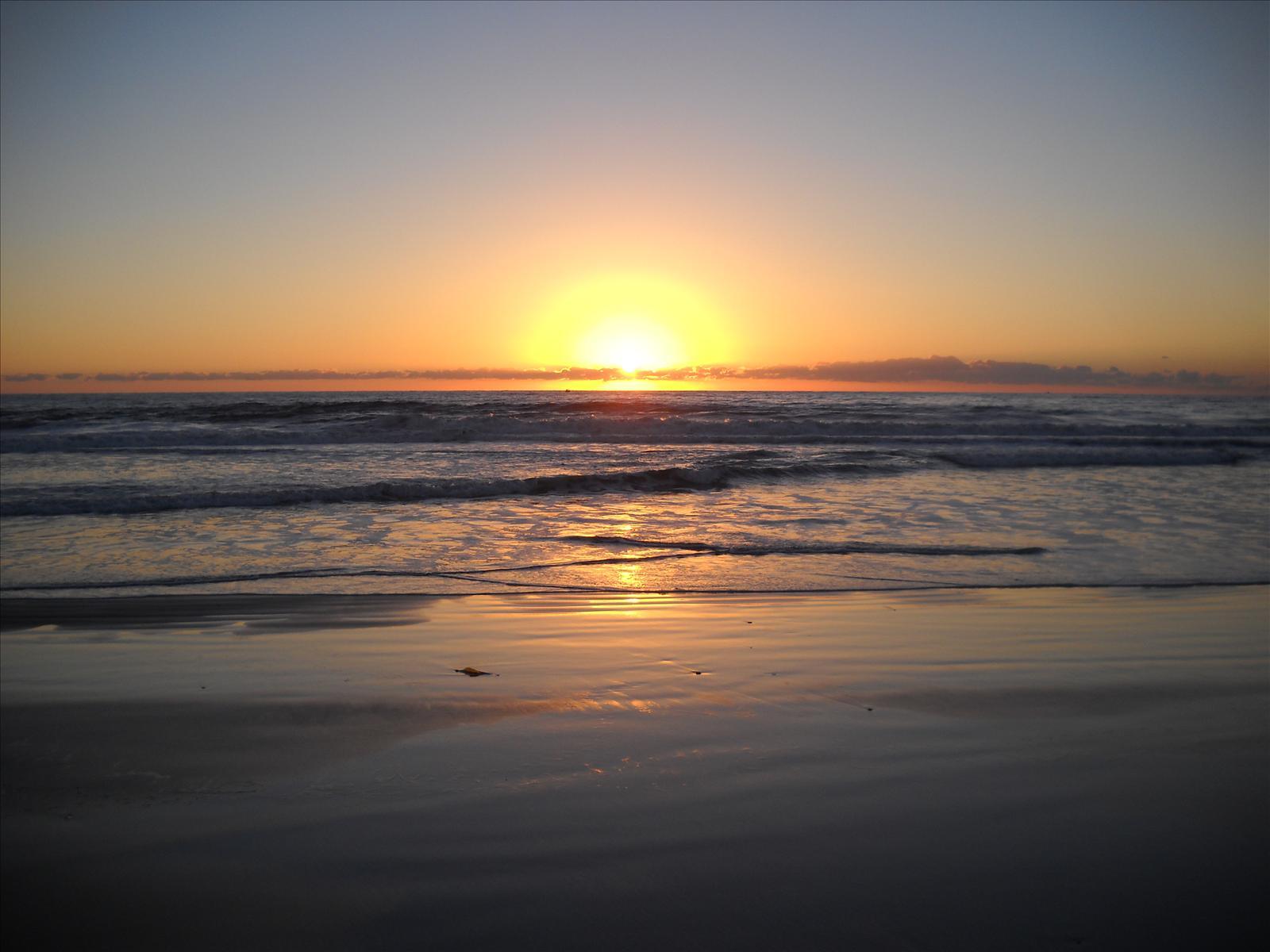 Rest in peace, my old friend....condolences to family and friends....as ones sun rises, so shall it set...
David "Doc" Akin
October 11, 2014
It's very sad to have an elder that I have known my entire life pass away. Steven was one of the mainstays of the community. It definitely is a time of change for us, as we don't have that resource to link us to an earlier era. May God give comfort to his family and my hometown of Huslia.
Darlene Bifelt
October 11, 2014
Showing 1 - 18 of 18 results