BORN
1929
DIED
2012
Wilma Alyce Gooden Rutherford, 83, of Fairbanks, went to be with the Lord Sept. 3, 2012, at home with her family. Wilma, or as most knew her "Billie" or Mother Rutherford, was born in Pittsburgh, Pa., on April 1, 1929, to William and Eunice Gooden.
A memorial service will be held at 6:30 p.m., Friday, Sept. 7 at New Jerusalem Church of God in Christ. Rides will be available through New Jerusalem Church at 488-7320.
Wilma accepted the Lord at an early age, and she decided she had to be "about God's business" and started her pown missionary society.
Wilma was one of the first women inducted into the WACs (Women's Auxiliary Core) from Pittsburgh. In the military, she was an X-ray technician, which was a career she continued later in life.
While in the service, she met her husband, Walter Lee Rutherford Jr., and she followed him to Alaska with her daughter, Pamela, in 1951, where he was stationed at Ladd Field. She told him she would stay for five years, 61 years later, she was still here.
In 1958, they homesteaded in North Pole where they farmed and raised their five children. She was a true pioneer of Alaska, and she loved farming, gardening and canning with her family, while working at the state Land Office and later as the X-ray technician at the Fairbanks Health Center.
Wilma was active in the church. She served as a church mother and Sunday school superintendent at Lily of the Valley Church of God in Christ. In 1985, she fulfilled a promise to help her "little brother," Pastor Otis McCormick, found New Jerusalem Church of God in Christ in North Pole. She served as the first Sunday school superintendent for the church and was known by the children as the "candy lady." She also served on the outreach, missionary and benevolence committees. She truly had the "gift of helps." Mother Rutherford was instrumental in instructing the women of the church how to visit nursing homes and minister to people in the community. She didn't see color, race or nationality, and loved helping people. She held many district and state offices with the church.
Wilma was preceded in death by her parents; her husband, Walter; sons, Michael and Mark; and her sister, Eunice Gaston. She is survived by her daughter and son-in-law, Pamela and Paul Worman, of Fairbanks; sons, Rodney Rutherford and Walter Rutherford III, of Fairbanks; and daughter and son-in-law Robyn and Raymond Ward, of Fairbanks.; sisters-in-law Evelyn White of Los Angeles, and Mayme Knight of Chicago, Ill; and many nieces and nephews. She loved being grandmother to her grandchildren, Sarah, Miles and Adele States, of Fairbanks.
Published by Daily News-Miner on Sep. 5, 2012.
To plant trees in memory, please visit the Sympathy Store.
MEMORIAL EVENTS
To offer your sympathy during this difficult time, you can now have memorial trees planted in a National Forest in memory of your loved one.
MAKE A DONATION
MEMORIES & CONDOLENCES
31 Entries
Dear cousins in Alaska:
I feel your grief and sadness in the loss of dear Billie. I had not seen her since my mom passed in 1994 and she came to Virginia for us. She was the daughter of my dearly beloved Uncle Bill amd I know she is with him now filled with love and joy. I know he was waiting for her with open arms. She is in peace and happy forever.
We love you all.
Dolly Edmunds & Famiy Edmunds
September 20, 2012
RIP Cousin Billie. You will be missed. Stay strong family, she suffers no more.
Kyle Gooden
September 16, 2012
The word of God say to be absent in the flesh is to be present with the Lord. We new that Mother Rutherford loved Jesus.working with her for 13 year we would have a time praying for the people of God.To God be the glory for all he has done in the lives of her family and friends.
Pastor Roosevelt/Henrine Gray
September 13, 2012
Walter, I'm so sorry to learn your Momma has passed. I will be thinking of you and your family and hoping alll hearts find peace and calm....in time.
Penelope Noecker
September 11, 2012
I have known Mrs. Rutherford since the late 60's she was a very cordially and a very nice lady to me she will be missed
wayne christie
September 11, 2012
Pam, Rodney, Walter III, & Robyn,
Me and my family were sad to hear Ms. Wilma passed on. However, we know that she is no longer suffering and is resting well in the arms of the Lord. May you be comforted at this time and always!

Sorry to read about your Mom. I remember her as a very nice lady.

Tony Barchasch
September 8, 2012
Cousin Billie will be greatly missed. May God comfort you during this difficult time and help you realize that her earthly troubles are over. She is in a better place.
Margaret Gooden
September 7, 2012
So very sorry for your loss. I met Mother Rutherford at First Church when I was 17yrs old. She was always very kind and uplifting when she spoke. I heard many encouraging words from this Godly woman and will never forget those lessons. Heaven just received a great one.~ Beazer Family
September 7, 2012
i am so sorry for your loss she was an amazing woman and truley be greatly missed hugs and loves jolene duffy and mary duffy
jolene duffy/gentleman
September 7, 2012
My mom knew your mom, they were old friends and us kids went to school with all of you, you will miss your momma always but remember she is but a whisper away and in heaven watching over those she loved so here. May all of the wonderful memories help you through your grief and the prayers of those of us that love you all.
Joyce Thomas DeCarufel
September 7, 2012
I wish to share a poem with the Rutherford family. I know some will understand it perfectly, and others will understand it on another level. "Billy" was a dear friend of Mike Ward. "Chocolate Mike" Rutherford (as Mike Ward referred to him) was best friends with "Vanilla Mike" Ward. They were roommates for years until I, Maka Ward Fairman, came into "Vanilla Mike's" life and married him. I have many fond, warm and loving, stories of Billy, Mike, and Mike. Mike Ward died April 11, 1998 (my mother's birthday), and he was privileged to work on a military book, featuring Brigadier General BB Talley, the "The Father of Military Construction in Alaska." The Genera died the same year Mike Ward did ... six months later.

The poem I wish to share with Wilma "Billy" Rutherford's family is the one the Talley's shared with me when Mike Ward died. I believe Wilma would approve.

I have come to the end of the road
And the sun has set for me,
I want no rights in a gloom filled room.
Why cry for a soul set free

Please put my memory in a favorite song
And miss me a little, but not too long
You still have things to do and places to go
And I'll be with you to the end of the show

Miss me a little, but not too long,
And not with your heads bowed low
Remember the love of all we've shared,
Miss me, but let me go.

This is a journey we all must take
As you know, I'm on my way.
The drama begins when we are born,
And I've finished my part in the play.

So when you grow lonely and sick at heart,
Go to the friends you know,
Bury your sorrows and feelings with these,
Miss me ... but let me go. 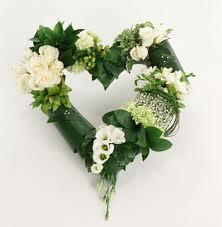 I remember you from when we were little kids. you all are in my prayers.
Bonnie Stevens Brosius
September 6, 2012
Knew Wilma at the Fairbanks Health Center years ago. She was a wonderful person, always willing to extend a helping hand. She will be missed.
David Bruce
September 6, 2012
To the Rutherford family, may God give you peace and comfort during your time of sorrow. I will keep you in my prayers.
Sarah Moore
September 6, 2012
Dear Robyn and Ray and Family,
The passing of this wonderful lady will be a loss of great dimension. How blessed you are to have had her warmth and love in your lives. I know you will miss her so.
Your friend, Jeanne Armstrong
September 6, 2012
You are all in our prayers! We take comfort in knowing that we shall see Mother Rutherford again.

God bless you and give you peace.

Mother Velma Miller and Sister Lynette
Mother Velma Miller
September 5, 2012
"Oh when the Saints, go marching in, oh when the Saints go marching in". Mother Rutherford was a grand woman of God. She along with many of the "Old Saints' helped me work through my early years when I was young in the Lord. Never a harsh word. Always encouraged me. She will be missed.
Don Thomas
September 5, 2012
I met her through my dear friend, Miss Emma Lee Green, who Billie was so kind to. Lots of good visits!! My condolences!!
September 5, 2012
Dear Pam & Paul,
I'm so sorry to hear of your mother's passing. I know you will be feeling a big loss in your lives. Our prayers and thoughts are with you.
Linda Fiechtl
September 5, 2012
"Blessed are they that mourn for they shall be comforted." I pray God will give you peace during this time.
Alvinia Quarles
September 5, 2012
My thoughts and prayers are with you in your time of grief. May your memories bring you comfort.
Wava Davis
September 5, 2012
Thank you Wilma for all the love and memories. RIP. Love and healing for your family.
Deborah Knutsen
September 5, 2012
Lovely woman, so blessed to have had her in my life. Strong and loving to all she encountered. RIP Wilma. Love you.
Deborah Knutsen
September 5, 2012
Showing 1 - 31 of 31 results