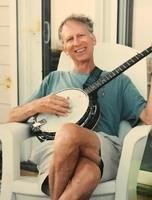 Alan Lawrence Goldman died peacefully at the age of 82 on April 17, 2020. Just a few hours earlier his wife and daughters gathered bedside. Holding his hands, they retold stories of the school projects he took charge of, the coffee ice cream he loved, and his lifetime list of winnings playing poker with his Raleigh guys.

Alan, son of Alfred Goldman and Miriam Londy Goldman, grew up in St. Louis with his brothers Tom and Roger. He was such a scholar that he would attend chemistry lab on Saturday mornings . Did he get extra credit? Nooo it was just an interesting class and the teacher would toast hot dogs over Bunsen burners.

Alan's summers at Camp Nebagamon in Wisconsin--fishing, teaching archery and riflery, singing, and playing hilarious songs—had a huge impact on his life. There, his 6'3" stature earned him his nickname of "Highpockets." Years later, the Camp Nebagamon director set Alan up with Jill Rashkis for their first date—a study date mind you—and the rest is history…including the Myrtle Beach Honeymoon during which Alan thought it a wonderful activity for him and his bride to go deep sea fishing. Jill enjoyed it except for the throwing up part

Jill and Alan moved around the country from St. Louis to Denver to New Jersey to Beaufort, SC where Alan learned to be a pediatrician. The Goldmans arrived in Raleigh in 1971- there was a new neonatologist in town. Actually, Alan was the first and only neonatologist in town. (Harvard undergrad and Washington University Medical School). He soon joined Bob Fleming and Steve Edwards at Raleigh Children and Adolescent Medicine.

He loved working with children, especially his own three: Brian, Betsy, and Melissa. There was nothing he loved more than gleefully making up practice chemistry tests for them. Fifth grade science teachers were surprised when the Goldman kids would show up with fancy test tubes of chemical compounds for the science fair. He wasn't a Harvard chemistry major for nothing.

Music was a huge part of Alan's life. He played piano by ear, guitar, banjo, and hammered dulcimer, but his favorite was always the banjo. At Harvard, he joined a rockabilly band called the Raunch Hands and they made two records which are still in the collection at home today. Every year he'd take the family to the beach. When he wasn't catching fish with his kids and later grandkids, he was sitting on the deck playing the banjo and singing bluegrass songs.

He did everything ridiculously well. He loved playing golf, tennis, horseshoes, poker, cribbage, bowling and fishing. 30 degrees out? A fine day for golf. Going to play mini golf with the kids? Wait-let Alan go grab his own putter to bring along. He was also a master woodworker, building furniture in his home workshop for his kids, grandkids, and friends.

The secret to Alan's happiness was that he appreciated what he had: He'd happily drive his Honda for 20 years. That boxfan from 1967? Purrs like a kitten. He didn't need a cell phone, he'd borrow a landline from the store if need be. Travel the world? What was wrong with Emerald Isle and Brevard each year?

Alan was passionate about nature. He taught his family all the names of the trees, flowers and plants, and loved hiking, camping and fishing on Sierra club backpacking trips with Jill.

Jill is a gourmet cook, which Alan appreciated, but he was just as happy with whatever was placed before him. Alan could poke his spoon into a bowl of stale cornflakes, take a bite and say, "mines fine".

In lieu of flowers, contributions may be made to WCPE the classical music station, WUNC public radio and the Sierra Club.
Published by The News and Observer on Apr. 21, 2020.
To plant trees in memory, please visit the Sympathy Store.
MEMORIAL EVENTS
To offer your sympathy during this difficult time, you can now have memorial trees planted in a National Forest in memory of your loved one.
MAKE A DONATION
MEMORIES & CONDOLENCES
21 Entries
Still remember Dr. Goldman to this day. He was so kind and sweet to my son and daughter when we visited his office. My children saw Dr. Goldman up until their high school days. They always asked to see him. We will never forget him and his kindness.
wendy b frazier
Significant Other
April 15, 2021 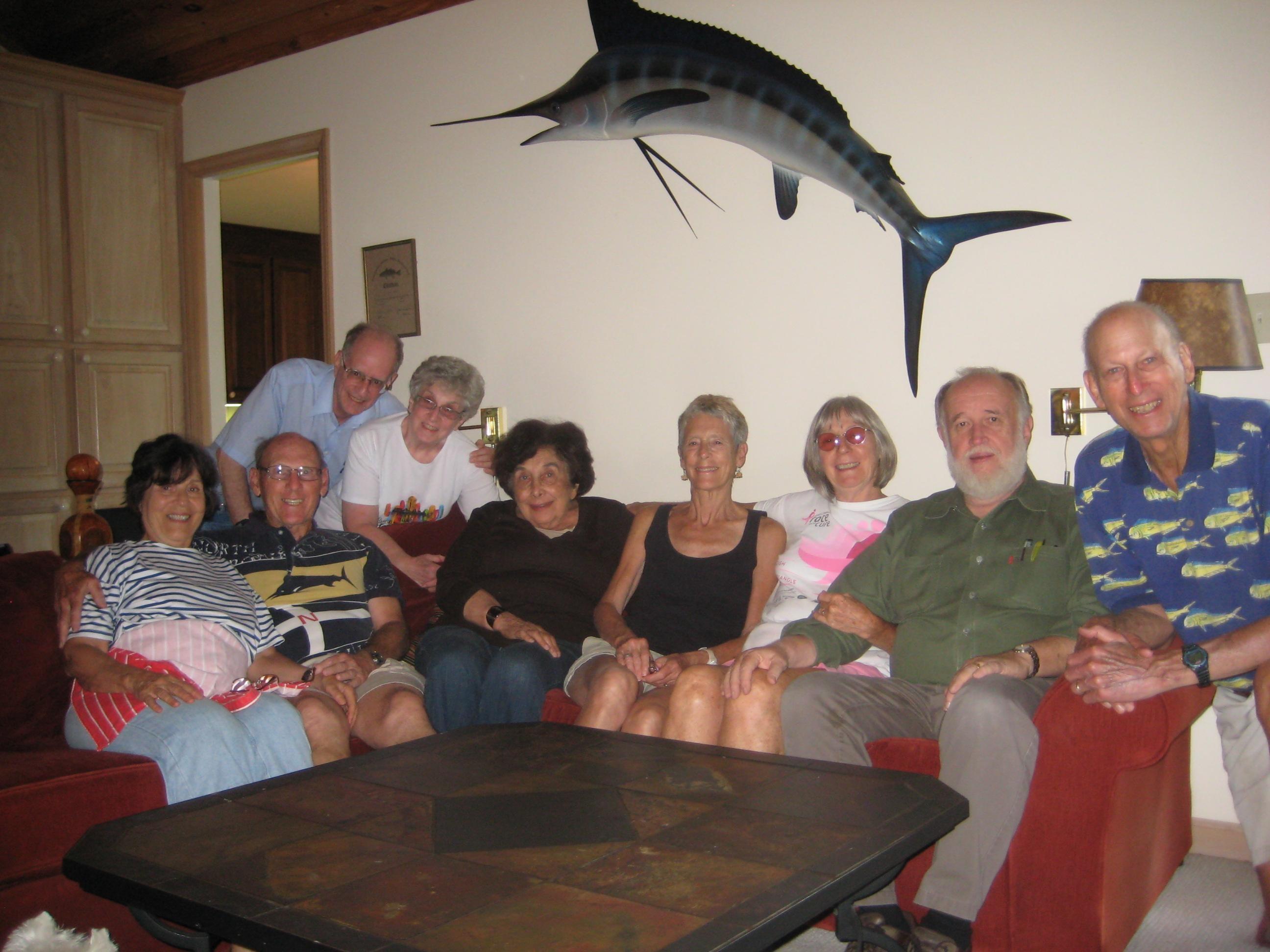 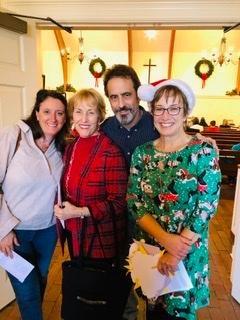 Dr. Goldman was our pediatrician along with Drs. Fleming and Edwards! What a wonderful team they were! They understood how to take care of young worried parents (like I was) as well as the children who loved and trusted them and their wonderful nurses. I will always remember how much I learned from all 3 of these fine men. The kids, Emma and Andy are all grown up with children of their own. We all send our love and prayers of peace to Mrs. Goldman and the entire Goldman family. Dr. Goldman will always be a shining star in our lives. With love, Karen Kauffman Fletcher
Karen Fletcher
April 26, 2020
Dr. Goldman was an amazing pediatrician to my two sons as they grew up. He was a favorite at Raleigh Children and Adolescent Medicine. My first born was a premature and Dr. Goldman was so helpful. My sons were thin on the charts and thin Dr. Goldman said there was nothing wrong with that! I really loved him as our doctor.
Dianne Fodell
April 23, 2020
I knew Dr. Goldman as one of the wonderful doctors at Fleming, Edwards & Goldman who took care of my three children until they went off to college. I especially remember how he would always give a mini lecture on whatever ailment or injury my child was there for, often telling me much more than I wanted to know! My sincere sympathy to his family.
Doris Friedrich
April 22, 2020
Rest in Peace. You will be missed. Our deepest sympathies go out to the family.
Laura DAvanzo
April 22, 2020
Dr. Goldman was our pediatrician for all 5 of our boys and was an exceptional doctor. He was gentle and caring and had such a good sense of humor. I will always remember how he so willingly took call on the Christian holidays so his partners could celebrate with their families. What a generous soul and such a role model for us. Several months ago I saw him working out in the gym....he lived life to the fullest.

We will miss him and always love him. May God rest his soul.

Nancy and Tom Kenna
Nancy Kenna
April 22, 2020
Alan's drumbeat made the world a better place..He will be both missed and remembered by those who knew him, worked with him, were his friends, and were his peers
GEORGE AUMAN, MD
April 21, 2020
So sorry for your loss. He will be missed.

Richard & Cindy Hatcher
Cindy Hatcher
April 21, 2020
I have such fond memories of Dr Goldman playing his banjo at his daughters home on the isle of Palm. Such a sweet man !!
Robin Joseph
Friend
April 21, 2020
Betsy we are thinking of you and your family during this difficult time. All our love.
Bob and Sharon Purcell
April 21, 2020
He was my doctor for years including a bout with nephritis in 1975 that nearly killed me. I remember his kindness. My sympathies to you all.
Gayle Alford
April 21, 2020
I don't know if Alan wrote this line but he did sing it and I have never forgotten it: "Boho down at Bickford's, with a girl that's weird, Board of Health's been after him to shave his dirty beard." [From "Puttin' on the Style"]
Steve Felson
April 21, 2020
Alan was a very special man with a special heart for others. He loved his Family and Friends very much. We were so blessed to have him as a Friend for 48+ years. We love his Family very much. Jill is such a special lady that he loved dearly.❤
Georgia Scott
April 21, 2020
He raised wonderful kids.
Pamela Wiles
Friend
April 21, 2020
A wonderful Doctor to my two children many years ago. I will always remember his kindness. My prayers for the family at this difficult time.
wendy frazier
April 21, 2020
Pediatrician par excellence! He was always so gentle and kind to our three children. it takes a special man to be a pediatrician. He was one of the best. RIP. -- Joyce Fitzpatrick and Jay Stewart, parents of Ruth Shore, Marietta and Cyrus Stewart
April 21, 2020
My condolences to the family .. I am happy to have known him. May Alan reach the highest level of paradise .
Diane
Friend
April 21, 2020
The practice he worked in has been Our Pediatric Practice for three generations. He and our family started together in the same week. He was the first Pediatrician that saw a member of our family and continued to look after the health of our two children until they moved to their adult care Doctors. My daughter and granddaughter continued to use this practice for their children. Thank you Dr, Goldman for your care through the years.
Linda Weaver
April 21, 2020 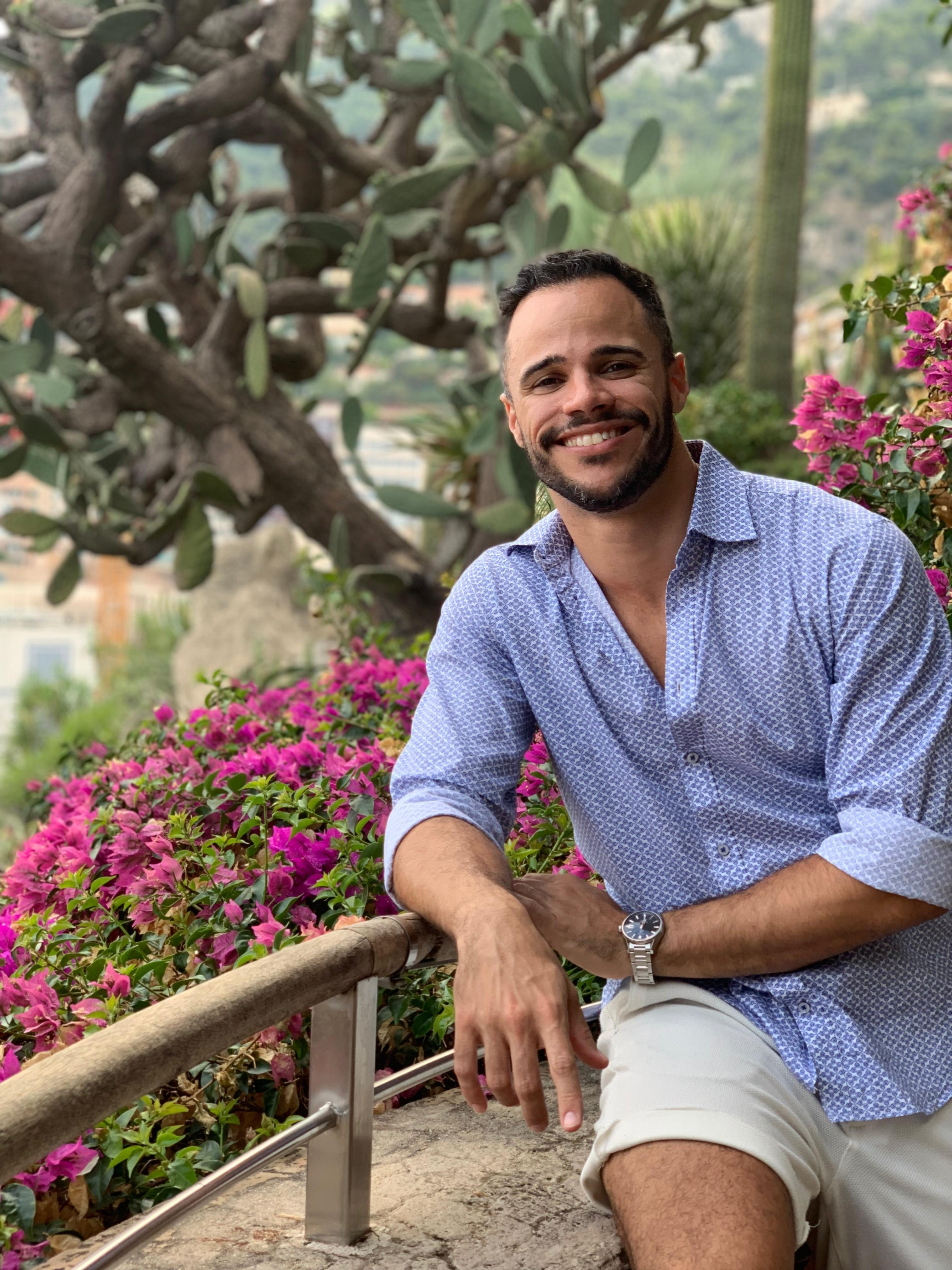 Sending healing prayers and comforting hugs now more than ever.
Mario Vivas
April 21, 2020
The practice he worked in has been Our Pediatric Practice for three generations. He and our family started together in the same week. He was the first Pediatrician that saw a member of our family and continued to look after the health of our two children until they moved to their adult care Doctors. My daughter and granddaughter continued to use this practice for their children. Thank you Dr, Goldman for your care through the years. Prayers for your family has you move through this loss and remember to choose Joy it is what he would want for you.
April 21, 2020
Showing 1 - 21 of 21 results