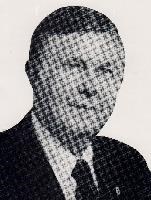 Clyde Alvin Dillon, Jr. went to His Father's House on February 16, 2017, at the age of 91. C.A. entered this world on May 26, 1925, and was born into eternal life in his 50's when he accepted Jesus Christ as his Lord and Savior. From that point onwards, C.A. focused his time, talents, and energy on building up others and growing in his relationships with God and his fellow humans through his continuous involvement in business, civic and church-related pursuits. He is survived by his wife of 61 years, Mildred Claeson Dillon, his five children, 16 grandchildren and 1 great-grandchild.

C.A. grew up attending Wiley Elementary School and Broughton High School (Class of 1943). C.A. attended N.C. State University where he graduated with a bachelor's degree in Mechanical Engineering (Class of 1947). Upon graduation from State, C.A. joined Dillon Supply Company where he spent his entire career, retiring as President in 1990. A few years after joining Dillon Supply, however, C.A. took a leave to serve in the US Army during the Korean conflict from 1950 to 1952. While attending N.C. State, C.A. was recruited to provide the public address announcing for the men's basketball games in 1946, and he served as N.C. State's announcer until 1999. C.A. also announced at N.C. State's football home games for 29 of those years. After retirement, C.A. enjoyed playing duplicate bridge with many good friends.

A few years after returning to Raleigh from military service, C.A. met his future bride, Mildred Ann Claeson, while both were singing in the Edenton Street United Methodist Church choir. Mildred had grown up in St. Petersburg, FL, graduated from the University of Rochester's Eastman School of Music, and moved to Raleigh to begin her career as a teacher of music in the Raleigh Public School system. The couple married on February 10, 1956.

C.A. was a life-long member of Edenton Street United Methodist Church, where he served as Chairman of the Administrative Board, Sunday School Teacher, and as a Committee Member/Leader. C.A. was active in Bible Study Fellowship, where he served as a group leader for 13 years and was the pianist for 15 years. With Mildred, C.A. volunteered with Prison Fellowship Ministries, including several years mentoring a completely born-again death row inmate, John Gardner.

In the Community, C.A. was active in the Raleigh Jaycees from 1947-60. He also participated for over 60 years in the Kiwanis International service organization, serving on the global organization's board of directors as a Vice President. In Raleigh, C.A. served as a board member of the YMCA and on the board of trustees of N.C. State University. Beyond Raleigh, C.A. was a long-time board member of the YMCA Blue Ridge Assembly in Black Mountain, NC, and also served for decades on the board of Greensboro College.

Recently, C.A. received the Order of the Long Leaf Pine from the Governor of North Carolina.

C. A. is survived by his wife, Mildred Claeson Dillon, as well as five children: Deborah Dillon Newman (Thomas); C.A. "Chip" Dillon, III (Margaret); John Eric Dillon (Sally); Mark Wynne Dillon (Kelley); and Robert Christopher Dillon (Ann). In addition, C.A. is survived by his 16 grandchildren and 1 greatgrandchild. He is now home with his Lord and Savior, Jesus Christ, and is there helping to prepare a place for his beloved Mildred and other loved ones who also know the Lord and who will join him there later.

The family would like to thank those who took care of CA from the Right at Home agency, particularly GloryVee Alamo, a dear friend and caretaker for 3 years. In addition, the family is grateful to the staff at Transitions LifeCare for their support over the past few months.

A visitation will be held in the Garden Gallery and Commons area at Edenton Street UMC on Sunday Evening, February 19th from 5:00 pm to 7:00 pm.

A celebration of CA's life will be held on Monday, February 20th at 2:00pm in the sanctuary of the church. Burial will be private in Historic Oakwood Cemetery. 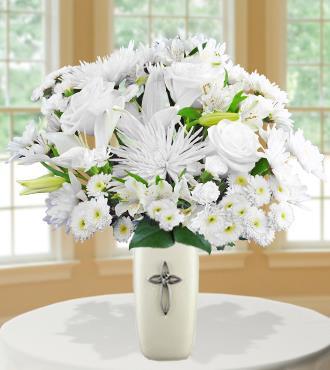 a loved one
February 20, 2017
MILDRED, WHEN I FIRST MOVED TO RALEIGH IN 2011, YOU AND C.A. GREETED MY AT THE BACK DOOR OF ESUMC. SINCE THEN, BOTH OF YOU HAVE ALWAYS BEEN KIND AND ALWAYS HAD SOMETHING PLEASANT TO SAY TO ME. i WILL MISS HIS SMILE, BUT WILL LOOK FORWARD TO SEEING YOU AGAIN. WHAT CONSOLING MEMORIES TO HAVE REGARDING ALL OF THE WONDERFUL THINGS C.A. DID FOR THE CHURCH AND RALEIGH. WILL BE THINKING OF YOU. ANN TURLINGTON
ANN TURLINGTON
February 18, 2017
I wanted to let you all know that CA was a delightful addition to the Vanderbilt Bridge Club and he will be sorely missed. I am so sorry that I cannot attend the services for CA, but I am thinking of you and your family during this time.
Louise King
February 18, 2017
CA was a fixture at Raleigh bridge clubs. He was an excellent player and always a gentleman at the table. We will miss him.
Carol Holihan
February 18, 2017
If there ever was a true Southern gentleman, the title belonged to CA Dillion. CA will long be remembered by his many friends as someone who loved the Lord, his family, and the Wolfpack. CA had a zest for life, a loving spirit and kindness, and a wonderful laugh and smile. From everyone who loved his voice as he announced the Wolfpack games and those who played with him as partners and against him as opponents, CA Dillion we will miss you! Rest in Peace
Betsy Mebane
February 18, 2017
CA meant a lot to our family. Dad worked for Dillon Supply for almost 40 years and loved every minute of it. My thoughts and prayers go out to all of you during this difficult time.
Donna Hopkins
February 17, 2017
My life was made richer, just by knowing this wonderful and gracious gentleman. I first met him in 1961, when I accepted employment at Dillon Supply, in Raleigh. Through all those years, my love, admiration and respect, for Mr. Dillon, only grew stronger. My late wife, and I, thoroughly enjoyed our time with Mr. C.A. and Mrs. Mildred while we were in Lexington, Ky. The basketball game that he and I attended at Rupp arena continues to be one of my fondest memories. I'm so blessed and thankful that I had a few minutes to visit just a couple of months ago, and to recall the memories. God speed my dear friend, until we meet again.
Larry Thomas
February 17, 2017
Our deepest sympathy and prayers are with you Mildred and the entire family. What a joy CA was to everyone who knew him. His love, grace and smile will live in our hearts forever. Laura and Mike Ensley, Myrtle Nim
Laura Ensley
February 17, 2017
We miss you and love you Grandpa but know you are singing with the angels and rejoicing with Jesus! You are forever in our hearts and we know one day we will be with you again.
Kate Dillon
February 17, 2017
Showing 1 - 9 of 9 results