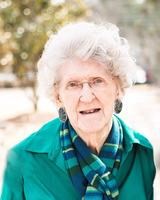 BORN
1931
DIED
2020
FUNERAL HOME
Bryan-Lee Funeral Home
1200 Benson Road
Garner, NC
Cornelia Plyler
November 20, 2020
Garner, North Carolina - Cornelia Crane Plyler, 88, passed away Friday, November 20, 2020.
Cornelia was preceded in death by her husband of 67 years, Otho Frank Plyler Jr. and her daughter Emalyn Houde of Key West. She is survived by her son, O.F. "Chip" (Sandy) Plyler III of St. Simons Island; son-in-law Richard Houde of Key West, two grandchildren, Matthew (Jennifer) Collins and Melissa (Johnny) Covert; and two great-grandchildren, Elizabeth Rea Collins and Charlotte Gayle Collins. Cornelia will also be deeply missed by her many dear friends and her loyal dog, Charlie.
Cornelia was born in Charlotte, NC on November 25, 1931. She grew up in Marvin, NC, the youngest of Frank Ernest Crane and Bessie Perry Crane's eight children. She graduated from Waxhaw High School in 1949. On December 26, 1950, Cornelia and Frank, high school sweethearts, were married.
Before her children were born, Cornelia worked in the drafting department of Southern Bell. Her life's passion was that of teaching. She instituted a tutoring program for elementary school children whose primary language was not English - one of the first in the state. She continued her work in education as a substitute teacher, a job she enjoyed for decades.
Cornelia loved crafts and enjoyed sharing her knowledge with others. She won dozens of blue ribbons at the NC State Fair for her tatting, crocheting and knitting. She also served as a judge at the Fair for over twenty-five years greatly enjoying visits with friends, who would stop by the craft exhibits.
Cornelia had a deep faith in God and will be best remembered for her service to others at First Presbyterian Church of Garner where she sang in the choir, helped lead Circles, and helped Frank with the Poinsettia Tree each Christmas. Cornelia was the recipient of the Presbyterian Women's Honorary Life Membership.
A memorial Service will be held at a later date. Contributions may be made to First Presbyterian Church of Garner or Transitions LifeCare.

Published by The News & Observer on Nov. 22, 2020.
To plant trees in memory, please visit the Sympathy Store.
MEMORIAL EVENTS
To offer your sympathy during this difficult time, you can now have memorial trees planted in a National Forest in memory of your loved one.
Funeral services provided by:
Bryan-Lee Funeral Home
MAKE A DONATION
MEMORIES & CONDOLENCES
Sponsored by Bryan-Lee Funeral Home.
3 Entries
Cornelia was a very special lady. She helped me out so many times when I needed a friend. Words are not adequate. I feel truly blessed to have a friend like her. Love and prayers to her family. Verna Worthington
Verna Worthington
Friend
December 22, 2020
My family thought the world of Cornelia. She was in the choir with my mom and dad, Joe and Doris Avery. Though I rarely got to see her, she was frequently in my thoughts. Prayers for her family as I am sure she will be missed. ♥ Susan Avery Picket
Susan Avery Picket
Friend
November 24, 2020
Remember Cornelia from the craft club she was in with my mom and aunt. what a fine lady she was - she was the state fair - looked for her every year
kim card
Friend
November 23, 2020
Showing 1 - 3 of 3 results