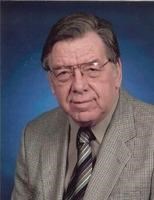 Ken was born in Bloomington, Illinois and graduated from Normal Community High School in 1960 and Illinois State University in 1964. He went on to earn his PhD in Chemistry from the University of Illinois. He joined the chemistry faculty at North Carolina State University in 1969 as an Assistant Professor, was promoted to Associate Professor in 1974, and eventually attained the rank of Professor in 1978. His scholarly interests included electroanalytical chemistry and chemometrics. In addition to supervising research with graduate students at North Carolina State he developed research collaborations with chemists in Romania, Japan, and Australia. He was awarded a Senior Fulbright Scholarship to Australia in 1980 and spent 11 months engaged in collaborative research and teaching at most of the major universities in Australia.

A kind and loving man, Ken was dedicated to his family, to God, and his church. A member of Our Savior Lutheran Church in Raleigh, North Carolina since 1969, Ken was President of the congregation, served on various committees and was on the Board of Elders, as well as serving as a communion assistant. His wife, children, and family were the joy of his life. He was loved and respected by his family, friends, and colleagues.

A memorial service for family, friends, and colleagues in North Carolina will be held at 11:00 AM on Tuesday June 16, 2020 at Our Savior Lutheran Church, 1500 Glenwood Ave., Raleigh, NC 27608 with Ken's family receiving friends at 10:00 AM. A reception will follow. Ken's final resting place is in Onaway, Michigan at North Allis Township Cemetery. Please consider a donation in memory of Kenneth Hanck to Lutheran World Relief, PO Box 17061, Baltimore, MD 21297 or at lwr.org. Condolences may be shared with Ken's family at www.chagnonfh.com.
Published by The News and Observer on Dec. 11, 2019.
To plant trees in memory, please visit the Sympathy Store.
MEMORIAL EVENTS
Jun
16
Visitation
10:00a.m. - 11:00a.m.
Our Savior Lutheran Church
1500 Glenwood Ave., Raleigh, NC
Jun
16
Memorial service
11:00a.m.
Our Savior Lutheran Church
1500 Glenwood Ave., Raleigh, NC
Funeral services provided by:
Chagnon Funeral Home Inc
MAKE A DONATION
MEMORIES & CONDOLENCES
Sponsored by Chagnon Funeral Home Inc.
4 Entries
Ken was a wonderful father to me and grandfather to my sons. He was the perfect role model for them to follow. He loved much and was loved much in return.

I love you forever
Melissa
December 11, 2019
Ken was a wonderful father to me and grandfather to my sons. He was the perfect role model for them to follow. He loved much and was loved much in return.

I love you forever
Melissa
December 11, 2019
Ken was a highly dedicated faculty member who strived all his career to improve the NC State University Department of Chemistry. He worked tirelessly as an effective advocate for the department. He was a pleasure with whom to work.
Ray Fornes
Coworker
December 3, 2019
Ken Hanck was a very good man. While he served NCSU and the Chemistry department with distinction, he was also a good friend.
His service to the department was remarkable over a very long career--with many tasks. He performed them all with distinction.

Ken was department head when I joined the NC State Faculty in 1991, and through over 20 years was always more than just the department head. He was a good friend and a very good man.
The world has lost a personification of a person living a good life.

To his family, may your many pleasant memories of Ken loom large in your hearts especially during this time of grief. We all mourn with you.