Mark Stanton Thomas, 63, passed away at UNC Medical Center after a brief yet courageous battle with cancer.

Born in Leaksville (now Eden), Mark was the son of the late James Kenneth Thomas and Vivian Butler Thomas. He graduated from Grimsley Senior High School in 1971, and Wake Forest University in 1975 where he earned a BA degree in history and politics, was a Guy T. Carswell Scholar, was inducted into Phi Beta Kappa, and was active in the Wake Forest University Theatre. Mark graduated from Wake Forest University School of Law in 1978 where he was an Irving E. Carlyle Scholar and an editor of the Law Review. He was always proud of being a "Double Deacon." After law school, he was commissioned as a captain in the United States Army Judge Advocate General's Corps. He served three years in the JAG Corps, mostly in Bremerhaven in the Federal Republic of Germany.

Upon his return from active service, he settled in Raleigh and join the firm of Maupin, Taylor and Ellis P.A., now Williams Mullen. He spent his entire career with the firm in the field of commercial litigation, dealing primarily with matters concerning ERISA, employee benefits, and intellectual property. He was preparing for new litigation at the time of his passing. Mark was active in the NC Bar Association which honored him as Outstanding Young Lawyer of 1986 and in which he later served as chair of three sections. He was also a founder and past president of the Triangle Benefits Forum, contributed to numerous continuing education programs and publicatons and traveled the US and abroad in connection with his legal practice.

Mark was a player and supporter of Raleigh Little Theatre, through which he met his wife Sally. They were married in 1988 and are the parents of Elizabeth Christine Thomas. In addition to RLT, Mark served on the boards of the City of Raleigh Arts Commission and the NC Master Chorale.

Mark was a lifelong Methodist and long-time member of Edenton Street UMC. where he served on the Administrative Board, numerous committees, and as church historian and director of the Oral History Project.

He was predeceased by his father and numerous aunts and uncles. Survivors include his wife Sally of Raleigh, his daughter Elizabeth of Williamsburg, Va, his mother Vivian Thomas and brothers James Kenneth Thomas (Pam) and John Michael Thomas (Marcia) all of Greensboro, father-in-law George Zeigler and sister-in-law Mary Ferreira (Gary) of Charlotte, nieces Jennifer, Helen, and Ashley, and nephews Andrew,and Chris.

A Memorial Service celebrating Mark's life will be held Saturday March 19, 2016 at 2:00 at Edenton Street UMC in Raleigh. The family will greet friends at a reception immediately following in Kerr Hall.

In lieu of flowers, the family asks that donations be made in Mark's memory to Edenton Street UMC, NC Master Chorale, Wake Forest University Theatre, or the National Park Service.

Arrangments by Cremation Society of the Carolinas.

Published by The News & Observer from Mar. 17 to Mar. 19, 2016.
To plant trees in memory, please visit the Sympathy Store.
MEMORIAL EVENTS
To offer your sympathy during this difficult time, you can now have memorial trees planted in a National Forest in memory of your loved one.
MAKE A DONATION
MEMORIES & CONDOLENCES
18 Entries
It is difficult to think that Mark has been gone for five years. Our son is getting married this Spring and I frequently find my thoughts returning to the several TAGLaw trips that Mark and my son shared with me. Our shared interest in history made these events more than just work trips.
Ron Raxter
Coworker
March 9, 2021
I had just had the chance to work with Mark on a case and seen him at a hearing shortly before his passing. We were shocked to hear of his death. He was the utmost professional. We are so sorry for your loss and will keep your family in our prayers. We are sure that Mark is smiling and watching over all of you. Maureen Demarest Murray
Maureen Murray
April 10, 2016
Having known Mark as a fellow attorney and parishioner at Edenton Street United Methodist Church as well as an enthusiast for history and dramatic arts, his passing is such a loss for so many. My prayers go out to his family. Let's follow Mark's example to live our lives to our fullest potential.
Jeff Parsons
March 23, 2016
I had the pleasure of serving with Mark on several committees of the local bar. He was a kind, gentle and very intelligent human being. Mark was an asset to the legal profession and quite dedicated to preserving the legal history of Wake County and North Carolina. He will be greatly missed.
Robert Rader
March 23, 2016
I knew Mark primarily through our joint service on the Labor and Employment Section Council of the NC Bar Association. His enthusiasm, brightness and leadership added much to or our efforts. He epitomized the lawyer who could successfully bridge the sometimes strident gap between lawyers on opposite sides of employer/employee representation with his professionalism and collegiality. In your great loss, may you be comforted by these memories of the warm and rich life he led.
Tom Harris
March 22, 2016
Like all good Demon Deacons, Mark was truly a gentleman - gracious, kind-hearted, generous with his time, and quick with a smile -- and a scholar - thoughtful, thorough, insightful, and an astute student of history and the arts. His kind are too few, and he will be sorely missed.
Gray Styers
March 22, 2016
I had the honor and pleasure of knowing Mark in the 1980s when we represented difference companies in the asbestos litigation. Mark was always so pleasant to work with while at the same time vigorously defended his client. He was a prince of a fellow. I offer my deepest sympathies to his wife and daughter.
Richard Bennett
March 22, 2016
Mark was a wise and careful lawyer and great amateur historian. What a great loss for us all. My prayers and thoughts go out to his wonderful family.
Mark Finkelstein
March 22, 2016
Mark was one of the most intellectual individuals I have ever known. His friendship and engaging personality will be missed by me, but never forgotten and I look forward to our reunion. Sally, Elizabeth and the rest of the family will remain in my thoughts and prayers.
Greg Morrison
March 21, 2016
I am saddened to hear this news and sorry for your loss. Mark is such a good person - excellent lawyer, a colleague who was a friend and whom it was always good to see and talk to. A bright scrappy presence who always brought something positive and intellectually stimulating to the conversation. I will miss him in this life.
Richard Rogers
March 19, 2016
To Mark's family: I hope that you find comfort in good memories and in the love and care of family and friends. Having worked with Mark in difficult cases many times, I admired his insightful, careful and effective representation of his clients. More than that, however, Mark was always kind and courteous and a fine exemplar of our shared profession. He simply made the world a better place.
March 18, 2016
Mark was a light in this world. Sending thoughts and prayers for the Thomas family.

Lynne Spahlinger Hunt
March 18, 2016
I was so sorry to hear this morning the Mark passed away. He was a big participant/supporter of the Triangle Benefits Forum. He presented ERISA case law updates with passion for ERISA law and had also presented an ERISA fraud topic for us at the NCACPA Employee Benefits Conference. We will greatly miss him at our events.
Diane Helms
March 18, 2016
Mark will be sadly missed by friends in the TAGLaw network. Our thoughts are with you.
Jill Bainbridge
March 18, 2016
Mark was always a kind and considerate colleague and professional. He was one of our firm's best writers and advocates. I am shocked and saddened by his passing and pray God's comfort for his family.
Steven Long
March 17, 2016
Mark was my law partner and more importantly, my friend. I could always count on Mark for a stimulating history debate on our international legal travels. I will miss his friendship and intelligence.
Ronald Raxter
March 17, 2016 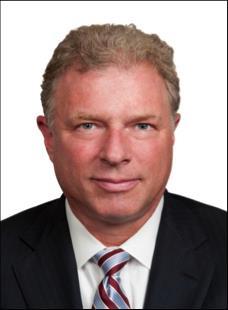 With a heavy heart, I will miss Mark. He was a good man, and a good friend.
Greg Bryant
March 17, 2016
My thoughts and prayers are with the entire Thomas family during this difficult time. Lee always spoke highly of Mark. Yvonne Griffiths
March 17, 2016
Showing 1 - 18 of 18 results