BORN
1943
DIED
2021
FUNERAL HOME
Mitchell Funeral Home at Raleigh Memorial Park
7209 Glenwood Ave
Raleigh, NC 27612
Nelson DeHaven Whitley
January 17, 1943 - May 7, 2021
Raleigh, North Carolina - Nelson DeHaven Whitley, 78, passed away at home on May 7, 2021 with his family present. Nelson was born in the Palmer Springs Community near South Hill, Virginia to A. Clifton Whitley and Pearl Raines Whitley.
Nelson graduated from the University of Georgia with a business administration degree in 1967 where he was a member of the Delta Tau Delta Fraternity. After graduation, he moved to Raleigh and began a career in the insurance industry most notably as an underwriter with Nationwide and Great American insurance companies and as a regulatory analyst in the Property and Casualty Division of the North Carolina Department of Insurance until his retirement in 2013. After retirement, Nelson loved his monthly "retirement group" lunches at the High Park Bar and Grill and traveling with his BBQ buddies in search of the best BBQ in North Carolina.
Nelson had a life-long love of trains and was an avid model railroader. He loved being in his "man cave" creating an extensive model layout and he extended his love of trains by serving as a volunteer North Carolina Train Host for several years aboard the Piedmont sharing his knowledge and love of trains with passengers.
In addition to his love for trains, Nelson was somewhat of an expert of music and musical groups from the 50's and 60's. He had a wealth of knowledge, particularly about Elvis and the Beatles, which he was happy to share. He could be challenged on the smallest of details and he was always correct in his answers.
Nelson is survived by his wife of nearly 54 years Mary Frances ("Fran") Whitley, his daughter Nicole Whitley (Wake Forest), his granddaughter Noelle Dalhouse (Cary), and his sister Gloria Evans (South Hill, Virginia).
The family extends its honor, respect and gratitude to the nurses and caregivers of Transitions Life Care for the kind and loving care given to Nelson during his illness.
A Celebration of Life service will be held on Thursday, May 13, at 11:00 a.m. with Duke Lackey officiating in the Mitchell Funeral Home Chapel, 7209 Glenwood Avenue, Raleigh, NC with entombment to immediately follow at Raleigh Memorial Park Mausoleum.
In lieu of flowers, memorial contributions may be made to Transitions Life Care, 250 Hospice Circle, Raleigh, NC, 27607, the North Carolina Train Museum, PO Box 69, Spencer, NC, 28159, Wake County SPCA, 200 Petfinder Ln., Raleigh, NC, 27603, or to the charity of your choice.
Condolences to the family at www.MitchellatRMP.com 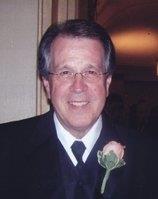