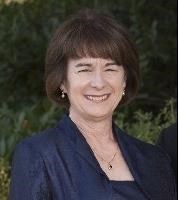 Noël Beam Howard, 64, of Cary, died on Monday, June 27, 2016 after a courageous 18-month journey with ovarian cancer. She was born on January 13, 1952, in Columbia, SC, was crowned Miss Lincoln County in 1971, and then competed in the Miss North Carolina pageant. Noël attended UNC-Chapel Hill, where she played basketball for the Tarheels, majored in physical education, and earned a Master's Degree in Education. She taught PE at Cary Elementary School until her children were born, then taught and later directed the preschool at Greenwood Forest Baptist Church. Always an athlete, she earned a first degree black belt in Tae Kwon Do and sparred in the State Games. Later attending Meredith College to study art, Noël returned to the classroom at Kingswood Elementary School as an art teacher.

Noël was a ruling elder at the Kirk of Kildaire Presbyterian Church (PCUSA), where she and her husband were charter members of both the congregation and the FaT (Faith and Theology) Adult Sunday School Class. She served in many ways: teaching children, working with youth, serving the homeless, teaching parenting classes, and using her artistic talents. Noël had a genuine warmth and infectious laugh that could win over anyone. Her strong faith led her to care for family, friends, and strangers alike.

A memorial service will be held at 2:00 PM on Saturday, July 9, 2016 at the Kirk of Kildaire Presbyterian Church in Cary and Childcare will be provided. Visitation will take place the evening prior at Brown-Wynne Funeral Home in Cary on Friday, July 8, 2016 from 7:00 to 9:00 PM.

In lieu of flowers, the family requests memorials to the Kirk of Kildaire Presbyterian Church or to the Ovarian Cancer Research Fund Alliance.

Published by The News and Observer on Jul. 5, 2016.
To plant trees in memory, please visit the Sympathy Store.
MEMORIAL EVENTS
Jul
8
Visitation
7:00p.m. - 9:00p.m.
Brown-Wynne Funeral Home
200 Southeast Maynard Road, Cary, NC
Jul
9
Memorial service
2:00p.m.
Kirk of Kildaire Presbyterian Church
Cary, NC
Funeral services provided by:
Brown-Wynne Funeral Home
MAKE A DONATION
MEMORIES & CONDOLENCES
Sponsored by Brown-Wynne Funeral Home.
20 Entries
I have just learned of Noel's passing. She was such a special person and such a help to me during my time at Kingswood. Please know you are in my thoughts and prayers.
Kim Taylor
August 10, 2016
Cader, we're thinking of you and praying for you during these difficult days. May you find peace in God's love and friends who care.
Al and Dorothy Sabow
Sabow
July 10, 2016
A smile in passing from Noel lasted long after the moment; a pleasant exchange of "How do you do's." lingered for days. Watching her listen -- really listen! -- to our son as he shared his passion for origami, left a lasting impression of her spirit. How much more, then, must her family feel her loss. We send our deepest condolences.
A Kirk Family
July 10, 2016
Cader,
I am deeply sorry for your loss. I never had the blessing of meeting Noel, but she must have been very special from all who loved her and were touched by her life. I pray you will be comforted with wonderful memories and surrounded by family and friends. Love, Cynthia Colgan Cox (Emily's daughter)
Cynthia Cox
July 9, 2016
I am so sorry to hear this. Noel was so loving and welcoming to me and my two very young sons upon our arrival from New Jersey in the late 1990s. She is such an integral part of my happy memories of Kirk of Kildare and what a wonderful place it was for me as well as Hayes and Will. Much love to your family.
Susan Pierson
July 9, 2016
Noel was a Renaissance teacher who delighted her students when she was at Northwoods Elementary. So sorry for your lost, but know Noel is resting without pain or suffering in God's heavenly arms.
July 7, 2016
Cader,
My thoughts and prayers are with you and the family in this difficult time. Noel was such an accomplished person and made a wonderful contribution to the Cary community. My best to you.
Eleanor Goettee
July 7, 2016
She was a light in so many ways. When you look up to the sky it will be brilliant as her star shines. Peace to you Cader and family.
Angela Farthing
July 6, 2016
We were so sorry to learn of this. I have had three kids attend Kingswood Elementary where she was simply, Mrs. Howard, the beloved art teacher, for many years. All my children loved having weekly art class with her due to her kind and generous spirit and it was always a pleasure to talk with her at the many school events where we saw her. Our sincerest condolences to her family.
Steven Greene
July 5, 2016
Sympathy and prayers to Noel's family in your loss of this wonderful lady. I had the pleasure of working with Noel at Greenwood Forest Children's Center for a short time, but I remember her well as she was so full of life and fun to work with. She was taken from us way too young, but her memories will live on for a long time. Ruth Tripp, Cary, NC
Ruth Tripp
July 5, 2016
Ever thoughtful, Noel was a wonderful neighbor to me back on Dunbar Court. I will never forget her kind gestures and good humor. My thoughts are with Cader, her boys, and the rest of her family.
Marcia Scraper Jones, Raleigh, NC
July 5, 2016
Noel had a huge heart and a caring spirit. She was a wonderful friend with the most beautiful laugh. I will always cherish our memories and thank God for our 15 years of friendship. I am blessed to have been able to call her "friend"!
Susan Rhodes
July 1, 2016
Our thoughts and prayers are with the family. Her sweet and gentle spirit was a blessing to all. Such an extraordinary person. May she rest in peace.
Deb & Cecil Pope
July 1, 2016
Lucy,

I am so sorry for your loss. Please let me know if there is anything we can do for you.
John Riley
July 1, 2016
I extend my deepest sympathies to the family. I know she was loved by all that knew her and will be truly missed.
Stephen Fourie
June 30, 2016
Noel had a natural way of making everyone laugh, even in stressful times. What a blessing it was to teach with her! I miss her dearly.
D'Ann Dickerson
June 30, 2016
Noel was a intelligent, giving and athletic....She was a original Flay Gang member....lol....she will be missed, around North Brook...so RIP Noel, you did great things, while here on earth!!!
Coach Wes Beam
June 29, 2016
The first person to greet me on my move to Cary...my sweet back door neighbor...always a kind and gentle spirit....the angels are rejoicing!!
Patsy Berry
June 29, 2016
She was a gem! My condolences to the family.
John Rutledge
June 29, 2016
Noel was a kind and gentle spirit. There is one less angel on earth but I know she is resting peacefully with our heavenly father above. We will miss you Noel, but we know that a part of you remains among us with all the hearts that you have touched within your life. Love.
Michelle Hansen
June 29, 2016
Showing 1 - 20 of 20 results