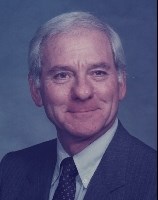 Richard I. "Dick" Levin, a longtime business professor at the University of North Carolina-Chapel Hill who also was a successful entrepreneur, management consultant, investor and author, died Friday at his Chapel Hill home of prostate cancer.

While Levin was rooted in academia, his passion was flying, and his seven decades as a private pilot included flying his Piper Twin Comanche around the world in 1992.

He was a prolific writer, publishing more than 100 articles and case studies in publications including the Harvard Business Review. He wrote more than two dozen books, ranging from statistics to investment manuals to his memoir. His book "Statistics for Management" published by Prentice-Hall was translated into several languages and through seven editions and 25 years served as a standard business school text.

Levin was the founding director in 1970 of the Young Executive Institute at UNC's Kenan-Flagler Business School, a five-week-long program for regional business executives. He taught both undergraduate and graduate-level classes informed by his inimitable classroom personality highlighted by lessons learned from growing up in eastern North Carolina, teaching in Africa and Turkey, serving in Newfoundland as a U.S. Air Force procurement officer, and running a South Carolina peach farm with his father and a brother. Among the best lessons he said he learned in business was "Stand next to smart people; they help you avoid dumb mistakes."

His academic career focused on strategic planning, new ventures and financial management in private companies. He taught for 34 years at UNC, including time as an associate dean and in the MBA program. He was inducted in 1973 into the university's oldest and most prestigious society The Order of the Golden Fleece. Named MBA Teacher of the Year in 1978, he was also the first recipient of the Phillip Kettleman Professorship in Business Administration in 1985, and later had the Richard I. Levin Distinguished Chair of Business Administration funded by a former student.

As an investor he started successful management companies and with a group of partners started The Village Bank, that was later acquired by Triangle Bank. In 1968, he and another UNC business professor opened Achievement Inc., a company that went public a year later. By the early 1970s, it had opened five offices throughout the eastern U.S. His consulting clients included Golden Corral, Carolina Power & Light, the Research Triangle Institute and others.

Levin was born in Philadelphia and lived in Glassboro, N.J. before moving with his family to Williamston in Martin County in 1939. His father, Meyer, held a variety of sales jobs and his mother, Minerva, raised him and his two brothers, Robert and Ron. Levin graduated from Oak Ridge Military Academy in Greensboro and earned both his undergraduate and master's degrees from N.C. State. He received his Ph.D.in 1959 from UNC-CH.

During his undergraduate and graduate years he turned his piano playing skills into the popular Dick Levin and his Orchestra, traveling with band members throughout the South to play at inaugurals, socials and university dances. In later life, he'd happily sit in with bands on cruise ships, and in nightclubs and hotel lobbies, playing Broadway, jazz and popular standards. Until recently, he was part of a three-man band playing at various functions.

As one of the core members of Judea Reform Congregation, Levin served as synagogue president, and was head of the building committee that built JRC's first permanent home in the mid-1970s on West Cornwallis Road in Durham.

He also was instrumental in leading the beach renourishment effort in Carteret County in the early 2000s that led to the rebuilding and preservation of beaches from Atlantic Beach to Emerald Isle.

He married Charlotte Moscovitz of Troy, N.C. in 1951 and by 1954 they had moved to Chapel Hill. Together they raised three children. Before her death in 2005 after 54 years of marriage, they had traveled throughout Europe and Asia, and spent six months a year at their home in Pine Knoll Shores, Carteret County. Following her death, he donated the Charlotte Moscovitz Levin Social Hall at the synagogue. Later, he was the lead donor behind the building of the Charlotte and Dick Levin Jewish Community Center in 2011.

Levin continued to work part-time after retiring from UNC in the early 90s. He continued a lifelong interest in handyman work. He built additions to his Chapel Hill and Pine Knoll Shores homes, and installed everything from chairlifts and stairs to bookcases and fencing.

But he was most happy flying. For about 20 years each summer he'd fly himself and a friend to a fishing camp in Manitoba, Canada for a week of catching northern pike. On sunny days he'd fly with other friends to Virginia or South Carolina for lunch. He continued flying until July 2015.

Although he was diagnosed with prostate cancer in 1990 and had a prostatectomy that year, the cancer returned in 2014.

He is survived by two daughters, Deb Levin and Lisa Levin, both of Chapel Hill; a son, Steve, of Sonoma, Calif., and his wife, Layne; three grandchildren, Eric Lidji, Leah Freed and Miranda Day, of Cary; and two great-grandchildren Daniel and Zoey Freed.

Burial is private. A memorial service will be held 1 p.m. Tuesday, Nov. 15 at Judea Reform Congregation, 1933 W. Cornwallis Road, Durham. In lieu of flowers please make a donation to a favorite charity.

Arrangements by Hudson Funeral Home, Durham.
Published by The Chapel Hill News & The News and Observer from Nov. 14 to Nov. 20, 2016.
To plant trees in memory, please visit our Sympathy Store.
MEMORIAL EVENTS
Nov
15
Memorial service
1:00p.m.
Judea Reform Congregation
1933 W. Cornwallis Road, Durham, NC
Funeral services provided by:
Hudson Funeral Services
MAKE A DONATION
Please consider a donation as requested by the family.
MEMORIES & CONDOLENCES
Sponsored by Hudson Funeral Services.
10 Entries
Dick hired me as a faculty member in 1968. He was always full of ideas and cared deeply about the school. At times we had our differences but he was always a supportive colleague.

I regret that I was out of the country until Nov. 21 and didn't learn of his death until today (Nov. 23). I am saddened by his death and by not having a chance to attend the service and say goodbye. I wish the best to the children, the pride of both Charlotte and Dick.
Sincerely,
Curt McLaughlin
November 22, 2016
I was a second year MBA student (1982) grading IM papers for Dr. Levin. He was always accessible and he got me an interview which led to my first job. He also told me that he would come back to haunt me if I failed him. A true gentleman...
Bob Irvin
November 17, 2016
There are many wonderful Prof. Levin stories .. here's mine ..

Long story short, while living in the Southern Part of Heaven, I needed a referral to a urologist.

Prof. Levin had disclosed his cancer case. I called his office. He had his admin, call his urologist for me, who saw me, ASAP.

That's Carolina, Tar Heels.
Cl. Alex Chien, Carolina MBA '90
November 16, 2016
A great teacher, high standards, patient with yours truly. In my last letter to him, I told him, and we had a great moment together. /Cl. Alex. Chien, Carolina MBA '90/
Cl. Alex. Chien, Carolina MBA '90
November 16, 2016
A great professor and very fine man, indeed. "Buy low, sell high." and other memorable quips made his lectures entertaining and forever embedded in my memory. Peace to the Levin family and thank you for sharing your talented father. I feel most fortunate to have been one of the many students who benefitted from his teaching.
Gillian Smith Murrell
November 15, 2016
Thank you for informing me of your Dad's passing. I was greatly saddened to hear the unexpected news.
Your Dad and I go back to 1947 when me met at N.C. State where we played in the ROTC band and later formed his first dance band.
We reconnected in 1980 when we discovered we had both built cottages by the same contractor in Emerald Isle. From that time on we have met every year for drinks or meals at Emerald Isle.
On several occasions I have had the extreme pleasure to fly with him in his beloved airplane on short trips to Hatteras, Nags Head, and Kitty Hawk.
My wife and I have great memories of him and your Mom, Charlotte, which we will always cherish.
I also have signed copies of his books, How to Create Wealth on a Salary and Me and Boone and 13 Yankee, which I will now re-read.
I consider him a great friend and will think of him fondly every time I visit Emerald Isle. Bill & Ruby
Bill Milburn
Friend
November 15, 2016
Senior year 1982, Professor Levin personally made the connection to land my first job. Always grateful!
Peyton Brown
November 15, 2016
My sincere condolences to the family. It is a blessing Dick lived a long life. Many people may never see his age. He reminds me of Psalms 90:10, an especially strong individual.
November 15, 2016
Lisa, Deb, Steve,

I am sorry for the loss of a great man, who positively impacted me while I was at the UNC MBA program from '84-'86. I assisted with the Executive Program and was able to see your Dad outside of class which was a gift--his love of life, sense of humor, willingness to spend whatever time it took to help others learn and grow their skills. I have taken your Dad's lessons with me for 30+years.

Bob Harris
MBA '86
November 15, 2016
Lisa, Deb, Steve... My thoughts and prayers are with you. I send my most sincere sympathies! Dick Levin was a huge influence on my life. I met him when I was am MBA student in 1972 and he immediately became a hero to me. I took every course I could take under Dick. He became a mentor to me and had a profound impact on my life. Because I stayed in Chapel Hill and went into real estate and was asked to teach at the Business School in 1981...I had the honor and the pleasure to get to know your Dad as a friend...and wonderful Charlotte too. You guys may not know it, but my youngest daughter is named after your Mom. Your Dad and I did real estate deals together, worked on starting The Village Bank together, loved UNC and the Business School together and were great friends. I always treasured any time I got to spend with him. I am so happy that I got to have a great visit with him earlier this year. Dick Levin is a man I have truly loved and respected and learned from and been inspired by. I know that people do in fact live on in the hearts of those who love them. Your Dad and Mom are a part of my heart and will always be. LOVE, PEACE, COMFORT
Norman Block
Friend
November 14, 2016
Showing 1 - 10 of 10 results