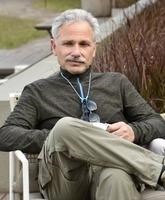 FUNERAL HOME
Hudson Funeral Services
211 S Miami Blvd
Durham, NC
Richard Charles Rosenberg
April 16, 2021
Chapel Hill, North Carolina - Chapel Hill, NC - Richard "Rick" Rosenberg passed away peacefully on April 16, 2021 after a six year battle with cancer. Although his death was not a surprise, his family and friends are devastated and heartbroken. Rick was born and raised in Roanoke, VA, graduated college from UNC-Chapel Hill in 1976, and returned to Roanoke to work with his father in the family business, Oak Hall Cap and Gown. He met the love of his life, Rebecca, in 1978, and they married at Beth Israel Synagogue on October 16, 1982.
After 14 years, he left Virginia for New Hampshire to earn his Master of Business Administration at the Tuck School of Business at Dartmouth College in 1993. Following graduation, Rick became the president and owner of TMT Software until its sale in 2007. He used his early retirement to make a number of investments, which included PCS Concrete and SOUTH, a gift and interior design shop founded by his wife, Rebecca, in Chapel Hill.
Rick was a connector and a role model; many called him a second father and he sought to turn every friend and acquaintance into a member of the family. A diehard Tar Heel fan, he spent most weekends walking to campus and watching a UNC game or two in a Carolina cap and a Tuck sweatshirt. He loved a freshly baked oatmeal raisin cookie, his complicated Starbucks order, a complete Sudoku, an elaborate salad, and a finely groomed blue ski run.
Beyond his business endeavors, he was a friend, mentor, and leader in his communities. He served on numerous boards related to education and Jewish life that included: board chair of the Hill Learning Center and recipient of its 2021 Charles S. Atwater Star Volunteer Award; board chair of the NC Hillel; an appointment by Governor Roy Cooper to the NC Holocaust Council; and a member of the Board of Directors and inaugural member of the Board of Governors at the Malcolm Rosenberg Hillel Center at Virginia Tech. Whether formally or informally, he generously shared his expertise, insight, and kindness.
Rick is survived by his wife, Rebecca Frost Rosenberg, and their four children, Sarah Jennings Rosenberg (Erin Dey), Samuel Lake Rosenberg, Abigail Frost Rosenberg (Sabri Math), and William Gabriel Rosenberg, mother Ruthe Fink, second mother Diane Rosenberg, sister Elise Rosenberg, brother Stephen Rosenberg (Eliane), niece Talia Rosenberg, nephew Lucas Rosenberg, brother-in-law Stuart Frost, nephews Brandon Frost and Blake Frost, and brother-in-law Bill Frost (Beth), and nephews Brian Frost and Sam Frost. He was predeceased by his father, Malcolm Rosenberg, and his aunt, Mildred Ann Rosenberg. The challenges of this past year had one bright silver lining: Abby gave birth on March 11, 2020 to Rick's first grandchild, Mattox, who adored his Papa.
We are deeply grateful to Dr. C. Ola Landgren, Alexis Folz, Donna Mastey, and Jodie Pindulac at Memorial Sloan Kettering Cancer Center and Dr. Allan H. Friedman, Dr. Annick Desjardins, Rosemary Ketring, and Elizabeth Evans at the Preston Robert Tisch Brain Tumor Center at Duke Medical Center. Private services will be held. In lieu of flowers, please consider donating to the Abigail F. Rosenberg Student Scholarship Fund at Hill Learning Center or the Preston Robert Tisch Brain Tumor Center at Duke. In honor of Rick's love of the Tar Heels, you could also make a gift in Rick's name to The Educational Foundation Scholarship Endowment in support of the Richard C. Rosenberg Scholarship at P.O. Box 2446 Chapel Hill, NC 27515 or by calling (919) 923-2246.

To plant trees in memory, please visit our Sympathy Store.
Published by The News & Observer on Apr. 22, 2021.
MEMORIAL EVENTS
No memorial events are currently scheduled.
To offer your sympathy during this difficult time, you can now have memorial trees planted in a National Forest in memory of your loved one.
Funeral services provided by:
Hudson Funeral Services
MEMORIES & CONDOLENCES
Sponsored by Hudson Funeral Services.
7 Entries
I will miss Rick's glorious smile. He shared it until the very end. He was so clearly beloved by his family and that love illuminated his whole self and enriched us all. His loss is great as his his legacy.
Kathy Shea
Neighbor
May 5, 2021
My sincerest condolences to the family for such a tragic loss. Special condolences to his mother Ruthe Fink, my neighbor of 20 years here in Miami, and to his sister Elise and brother Stephen. Wonderful to read these heartfelt memories of his so generous life. Our thoughts are with you. Sincerely, Deirdre Conley and Gerard Guizol, Montego Club, Bay Harbor Islands, FL.
Deirdre Conley
Neighbor
May 4, 2021
We were saddened to learn of Rick's passing. He was a great guy and I have so many lovely memories of our times together. I am an only child, but thought of Rick as a brother. I am so regretful that we lost touch and many other good times. I tried to get in touch several months ago, but something insignative got in the way and I dropped the ball. Becky, I remember a visit to Roanock , when I was considering joining the Oak Hall team..even with Malcome. You, Rick and Sarah came to the hotel to swim with me, Janice and Chris. Such fun. Rick always made me feel like part of his family and he made every one feel that way. I shall continue to treasure my time with Rick and please know that you and the whole family are in our thoughts and prayers.
Jim and Janice Busby
April 23, 2021
In life you run across an individual that helps you see the world from a higher perspective. That perspective establishes a bar to measure yourself against. From afar, Rick did that for me. A loving family man, a successful business leader, a risk taker, a friend to everyone. That was Rick's example to me. His personal style, his generosity, his smile and carefree laughter will be missed by all, especially me. What a pleasure to have had the honor to know him.
David Markiewicz
April 22, 2021
Dear Rebecca and family We are saddened to hear ofRick' s passing May youfind some comfort in knowing you have friendssho care and send support at this difficult time
Sandra & Stephen Rich
April 22, 2021
Our thoughts and prayers are with all of you . I am a part of the old oak hall family. My memories of him was that he always had a good kind soul. I am so sorry for your loss.
Karen Nichols
Coworker
April 22, 2021
May the love of friends and family carry you through your grief, and find comfort from knowing that God draws close to the broken-hearted.
T. D.
April 21, 2021
Showing 1 - 7 of 7 results