Sheria Yvonne Reid, age 60 of 3812 Satinleaf Drive, Raleigh was born March 26, 1955 in Wilson County. She passed away July 1, 2015 at her home.Sheria attended Fike High School and went on to major in education at UNC-Chapel Hill. She taught English at Chapel Hill High School before deciding to pursue a law degree at UNC. By that time, her passion for education, for justice and for equality for all people could not be denied.

In 1997 she became a staff attorney for Legal Aid of NC where she passionately represented low-income clients in consumer housing, education, employment, family law and public benefit cases. By May 2001, Sheria had taken a position as Director of the Education and Law Project at the NC Justice Center and she did not take that position lightly. She actively worked on the Leandro Brief in 2003, fighting that every child in NC has a constitutional right to a sound, basic education.

Sheria was a beautiful, compassionate soul who argued fiercely and tirelessly for dignity and justice for all, especially for the powerless. In 2008 Sheria became an Attorney/Legislative Analyst at the NC General Assembly. Oh, now she was absolutely called to display her intellect, creativity, sensitivity and sharp wit as she observed politics up close and personal. She became a Facebook icon with friends and followers who admired and respected her brilliance and insight. A friend made the editors of the Los Angeles Progressive aware of her writings and she was invited to write for them, www.laprogressive.com/author/sheriareid/. Of course, Sheria created a blog so she could express her thoughts about many issues at any time and she was always vocal, http://theexaminedlife-sheria.blogspot.com/. Sheria had a forum and she used it to educate, to inform and to correct.

She was so sensitive, yet powerful, and she used her pain about social issues to try to right wrongs, to fight as hard as she could to make this world a better place.

Sheria's smile and her laughter could light up a room. She loved music and she loved to sing. As a child she began writing songs and she taught herself to play the guitar while in high school. She would compose the most beautiful music. Sheria loved expressing herself through poetry and began writing poetry by the time she was in the 5th grade. The poems became more profound as she grew older and those who know her recognize that her current poems are truly works of art. Sheria was a true child of God. He shared her with us for a short time but in that time she made a magnificent difference. Her presence on this earth will be surely missed by friends and family.

Funeral services for Sheria will be held Thursday at 11:00 AM at the C.A. Haywood Sr. Memorial Chapel 2415 S. Wilmington Street, Raleigh. Visitation will be at the funeral home on Wednesday from 12:00 PM until 8:00 PM and on Thursday from 10:00 AM until 10:45 AM. Burial will follow on Friday in the Hamilton Burial Garden, Lane Street Ext. in Wilson, NC at 11:00 AM.

Sheria was kind, courageous and had a beautiful spirit and, oh, how she loved children. In lieu of flowers, please donate to one of her favorite causes. She was a board member and an advocate for Dee's House in Wilson. The website is www.deeshouseinc.com Condolences may be made at www.haywoodfh.com/obituary

Arrangements by Haywood Funeral Home, Raleigh. (919) 832-2835 www.haywoodfh.com
Published by The News & Observer on Jul. 8, 2015.
To plant trees in memory, please visit the Sympathy Store.
MEMORIAL EVENTS
To offer your sympathy during this difficult time, you can now have memorial trees planted in a National Forest in memory of your loved one.
Funeral services provided by:
Haywood Funeral Home
MAKE A DONATION
MEMORIES & CONDOLENCES
20 Entries
Sheria: A champion in all respects, a totally praiseworthy person. The world, especially its younger residents, had in her one of their finest advocates. My life was better for having you in it, Noble Lady.
Celia Mansaray
July 14, 2015
She is a dear friend of my mother of over 40 years Cinzia Baker. She was a wonderful sweet woman. She will be missed.
Sandy Baker
July 13, 2015
To the family and friends of Sheria, I have often thought of Sheria since high school graduation, and wondered what became of her. She completely fulfilled everything I expected she would do, except to live a long life. She was one of the most brilliant, compassionate individuals In our high school class. I always felt priviledged to know her and be in classes with her. I am so sorry for your loss. With heartfelt sorry, Margaret McAdams, Professor Emerita of Art (Kingston OH)
Margaret McAdams
July 10, 2015 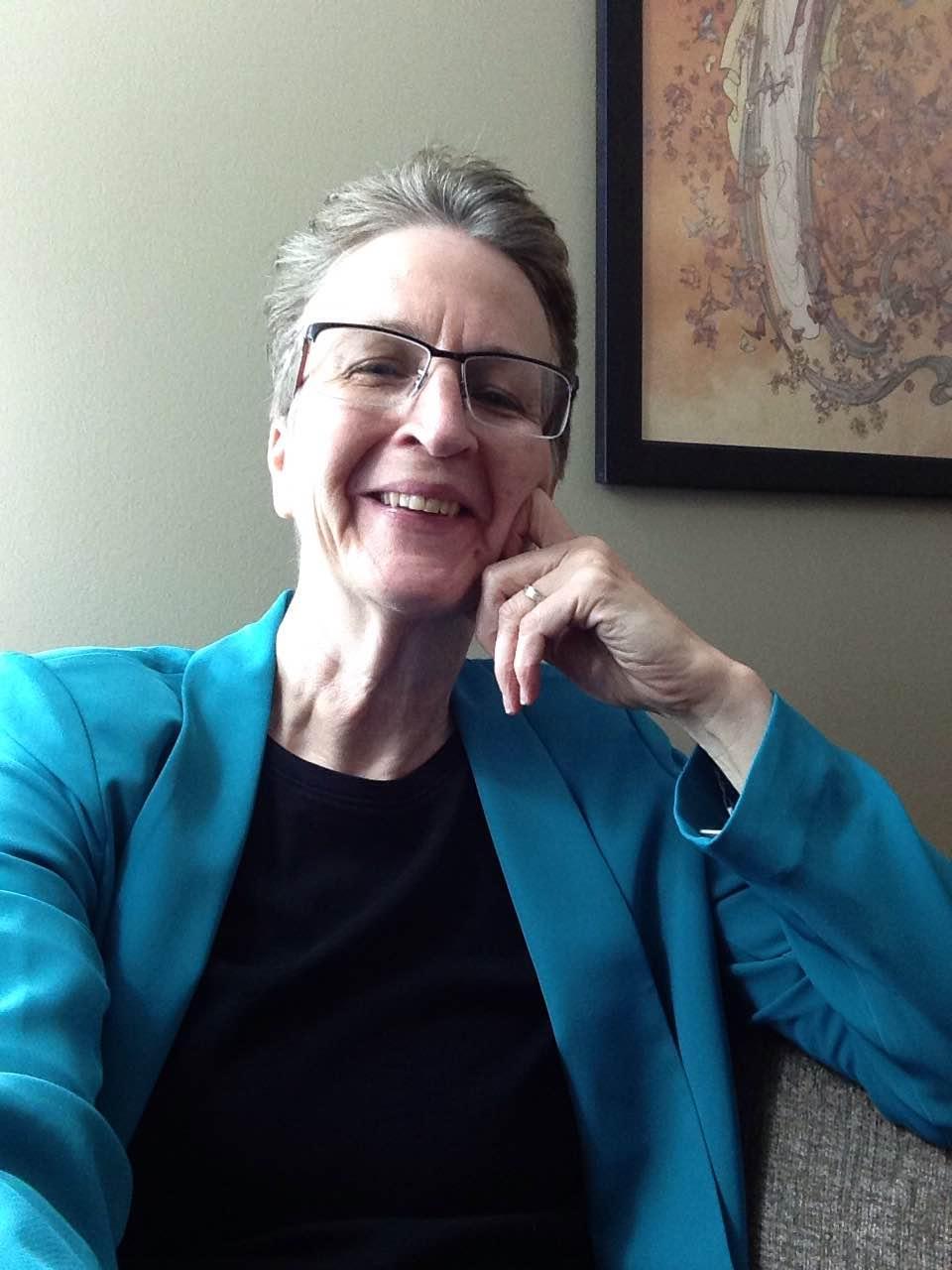 The lights now glow a bit dimmer in North Carolina, but will be brighter in heaven. Sheria's words will be deeply missed but her passion for justice will continue to light our lives. We'll just have to look a bit further north for her guiding light.
Alena R Treat, Ph.D.
July 10, 2015
My husband and I extend our heartfelt condolences to Sheria's family and friends. May love and light comfort you in your time of sorrow, and may your sadness be turned to joy, knowing how many people Sheria touched withker kindness, her wit, and her passion for justice and equality.
Alaina Larsen
July 9, 2015
Sheria was a vibrant, engaged woman whose clear voice will be missed in this world. My thoughts and prayers are with the family.
Gretchen Aycock
July 9, 2015
I have been quite sad for days. My heart goes out to the family. Sheria was one special lady.
Stephen Smith
July 9, 2015
I will keep you and your family in prayer. You have my deepest sympathy. 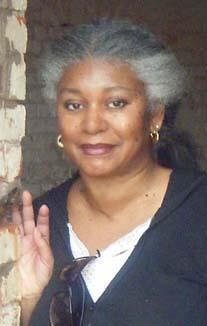 Through a mutual friend, Sheria and I became facebook friends. Seems we were like-minded and were looking forward to meeting. That never happened though. However, I am grateful for our brief facebook encounters. She was a lovely lady indeed.
Wyonia Davis
July 9, 2015
Sheria touched my life with her beauty of mind and soul ... I am grateful for that ... and we grieve with all others who also had their lives so enriched by her being.
Barrie Ward
July 9, 2015
My sincere condolences to the Reid family.
Debra & Carl Horton
July 9, 2015
Someone as SPECIAL as Sheria, will NEVER be forgotten. She WILL remain in our hearts FOREVER. With Love and Hugs,
Deborah Ann Wesley Waterman
July 8, 2015
Our love and prayers are unconditionally yours as we celebrate the life of your dear sister. It was a blessing to know her. God bless you in the days and weeks ahead. May He hold you in the palm of His hand and give you rest and peace.
Kathy Thompson
July 8, 2015
My sincere condolences to the Reid family. Sheria will truly be missed.
Yvonne Adams Harris: Ralph L. Fike Class of 73
July 8, 2015
No words can express how you have had a huge impact on my uncle's life ( Dr.Houston B Roberson). I am glad we (My son and I had the opportunity to meet you and realize what a wonderful person you r through thick and then. Our sympathy goes out to your family, and you will be truly missed.

Mandy and Nick
July 8, 2015
With deepest sympathy to the Reid family. 1973 Ralph L Fike,classmate...
Terrace Vines
July 8, 2015
I am so sorry for your and our loss. Sheria was a magnificent wonderful person. She has and had so many followers. I only knew her online but she was always so very full of great advice and so very kind. I will miss her forever until I meet her in another place.
Christina Petrie
July 8, 2015
I'm so sorry to hear about your loss. Our loved ones have a hope for the future (John 6:40).
July 8, 2015
Sheria,
Our friendship will be treasured and remembered by me always. I hope I have the joy and honor of meeting you again. You are a true jewel in the mighty crown of friendship, the real deal, the genuine article.
Love Always,
Sal
Sally Sinden
July 8, 2015
Sheria has been my dear friend and a sister to me for 30 years. I know how deeply she loved her family and her friends who "became" her family. She has touched countless lives and truly has made the world a better place. Sheria had a gift for friendship and a gift for love, and her many, many circles of friends who are sharing remembrances and tributes are testimony to the impact she has had and will continue to have. May memories of her sustain everyone who loved her through this difficult time. I love and miss you, dearest Sheria.
Phyllis Gordon
July 8, 2015
Showing 1 - 20 of 20 results