Lisa Owens Davis died on February 26 at home in Alameda, Ca. Her story is inspiring, especially for young women seeking to make their mark in the national security world. Lisa was born on the first day of Spring in 1966, at Cottage Hospital in Santa Barbara, California. She graduated from UC Santa Barbara with a degree in Spanish literature and a love of languages. She lived in Spain and worked at the Spanish consulate in Los Angeles, which sparked her interest in diplomacy. She taught English in the Czech Republic soon after the fall of the Berlin Wall and travelled extensively throughout Eastern Europe and Russia in the days immediately following the collapse of the Soviet Union. Relying on her extraordinary language skills, Lisa made her way across the former Soviet states as one of the first Americans to visit remote towns in Siberia. She camped on Lake Baikal and hitched rides on trains, ships and even hopped a ride on a Soviet military helicopter. Her adventures shaped her career - and made for long conversations during security clearance reviews.

Lisa pursued her masters degree at the Monterey Institute of International Studies (now Middlebury College) and was one of Bill Potter's early graduates from the Center for Nonproliferation Studies. She was an intern at the International Atomic Energy Agency and later returned to the US Embassy in Vienna to work on nuclear safeguards policy. Upon graduation Lisa worked for Michael Krepon at the Stimson Center and was selected to the Presidential Management Program which enabled her to serve in the Department of Defense and the Department of Energy (DOE), where she accepted a position managing nuclear safeguards support to the IAEA. At DOE Lisa led delegations to numerous countries, funded research at the national labs, served as lead DOE representative to the negotiations on the Additional Protocol, and chaired the inter-agency committee on safeguards technology. It was during the latter duty that Lisa met her future husband, Zachary Davis, who was representing the Arms Control and Disarmament Agency on her committee. In 1995 Lisa moved to the State Department and served as chief of staff to Ambassador Norm Wulf, the US Representative to the Nuclear Nonproliferation Treaty for the crucial 25 year NPT Review Conference. Ambassador Wulf recalled Lisa's work in support of the US NPT delegation as "indispensable to achieving success at the 2000 NPT Review Conference."

Lisa and Zack returned to their native California to work at Lawrence Livermore National Lab's Z Division, where Lisa quickly rose through the ranks to manage a wide range of analytic and operational intelligence support programs across the lab. In 2006 she returned to Washington to support innovative inter-agency interdiction efforts, where she earned high praise for building bridges between diplomatic, military, intelligence and technical agencies. In 2015 Lisa founded her own consulting firm to advise a range of government and private sector clients. She will be remembered for her contributions to non and counter proliferation policy and operations.

Lisa was a runner, yoga practitioner, stand up paddler, and hiker. She took delight in literature, especially Spanish language fiction, languages, slapstick comedy, baseball (Go Giants!), soul and disco music, beaches, travel, family and friendships. Her diagnosis of pancreatic cancer came without warning during a family trip to Italy. She is survived by her father Bill Owens of San Clemente, mother Wendy Owens of Oceanside, brother Bill Owens and family of Saipan, sister Sara Madani and family of Santa Ana, her teenage sons Max (19) and Sam (16) and her husband of 20 years Zack, who will miss her every minute of every day.

Published by Santa Barbara News-Press from Mar. 4 to Mar. 8, 2020.
To plant trees in memory, please visit the Sympathy Store.
MEMORIAL EVENTS
To offer your sympathy during this difficult time, you can now have memorial trees planted in a National Forest in memory of your loved one.
MAKE A DONATION
MEMORIES & CONDOLENCES
21 Entries
So many good times dancing and laughing at the annual Post Street Block Parties and as a wonderful neighbor and friend. We will all miss your sharp and inquisitive mind and beautiful smile, your great wit and charm and the fantastic example that you set as a mother. Fly free with the Heavens, Lisa. We will never forget you!
Peter Holmes
Friend
March 24, 2020
Lisa, you will be missed. We met at the dog park but you were a familiar face from Otis. Such a warm & engaged woman. Sending love & peace to your family.
Anne Rogers
Friend
March 23, 2020
I am so shocked and saddened to hear of Lisas passing. Some of my best memories at UCSB were taking Spanish classes with her. We haven't been in contact for years but she is still one of my favorite people. I know you may not know me but please accept my deepest condolences. Lisa was an amazing person.
Kent Robie
March 23, 2020
I am terribly sorry for your loss, Zach and family! Lisa and I knew each other at Monterey Institute and then again in Washington, DC. I spent many times with Lisa in DC, exploring the city, having happy hour, and going to clubs. Lisa had an amazing spirit and beautiful smile! I will miss her!
Nancy Harvey
March 23, 2020
Oh my goodness, tears are streaming down - Im so sorry for the loss of such a bright, beautiful, talented, warm hearted friend. May her endearing spirit continue to brighten all the days ahead. With deepest sympathy ...
Vanessa Stone
Friend
March 21, 2020
Zack - I'm so sorry to hear this news. Mark Holt shared it with me this morning. I can still see both your smiles and feel your good humor. Man, I'm so sorry we've lost touch. Hopefully, we can turn that around. Sending all my love and strength to you, Max and Sam during this truly difficult time. - Betsy
Betsy Cody
March 19, 2020
Dear Zac, I am truly sorry for your loss. I would like to offer you and your family my deepest and most sincere condolences and may the soul of your wife rest in peace.
Zafar Jaspal
March 18, 2020
With deepest condolences to our friend Zack and to Lisa's entire family we send our love and support, knowing that nothing can make this right except for all of our efforts as families/professionals/humans to live by Lisa's example of intelligence, wit, and super-human optimism. Her spirit lives on in all who she touched, so we will not forget her and certainly not forget you. Take care Zack and we will see you when this other plague lifts from our midst. Todd and Pam
Todd and Pam
March 18, 2020
Sending sincere condolence and may Lisa's great memories be of comfort to you Zack and they boys. Take care Tencia Leon
March 17, 2020
GOD shines on Zack, Max and Sam.
Lisa certainly will live on in family and those she deeply touched.
tom swanner
March 12, 2020
You are a lucky man to have been with her, Zack.
bruce goodwin
March 12, 2020
I am so sorry for your profound loss, Zack, Max and Sam. Lisa was a bright shining light and a warm soul, and I always felt a little happier for having been in her company, even if it was just for a few minutes. I will carry her in my heart.
Eileen Rice
March 12, 2020
Sending healing prayers to the entire family. The Raffertys
March 10, 2020
Lisa was a great Little League mom. She was aware of the big picture, always positive. We will miss her.
Ron Matthews
March 8, 2020
Nearly two decades have passed since Lisa and I regularly interacted at DoE and in Vienna, but one can never forget her smile, her good nature, her intelligence and competence. A wonderful spirit and a gift to all of us.
Mark Assur
Coworker
March 8, 2020
What an amazing life and inspiration! I didn't know all the incredible things she had done. We send our love and condolences.
Julie Costa
March 7, 2020 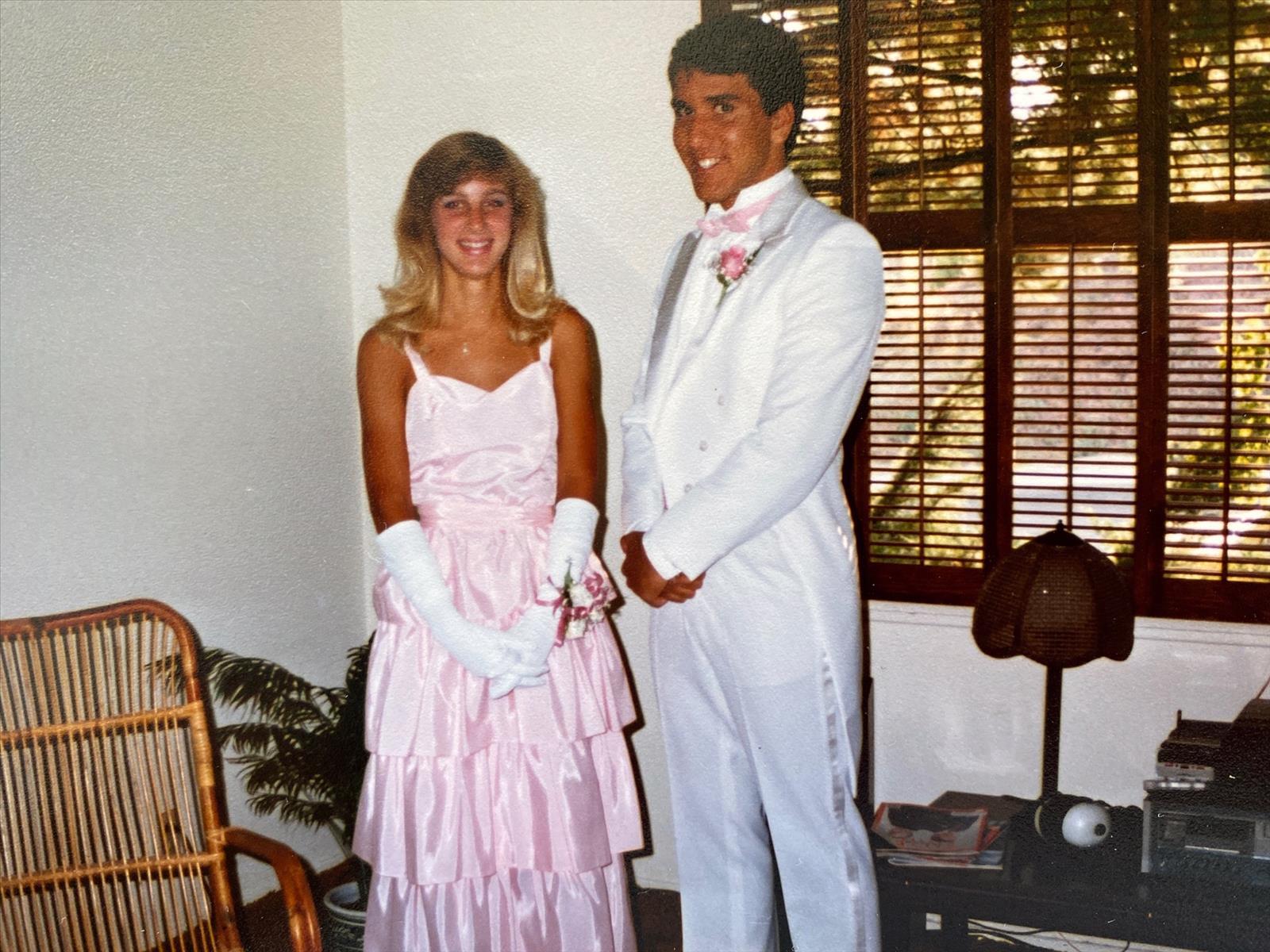 A contagious laugh. A diamond sharp intellect. A bright, loving soul that cannot be extinguished. Shine on, Lisa.
Cameron Young
March 7, 2020
Im so grateful to have known Lisa this past twenty years and are so sorry for your loss brother Zach. I shall always remember that wonderful drinking session we had in March of 19 during which we discussed everything under the sun, laughing at the funny stuff and shedding tears over things not so amusing. Gone to soon but forever linked as a wonderful soul and dear friend.
Kenny Campbell
March 6, 2020
Lisa was an amazing spirit and a brilliant light for so many of us. Keeping a place for her always in my heart and will remember her smile, her warmth and her sense of humor the most. Rest In Peace, we miss you.
Jen Snow
Friend
March 6, 2020
Lisa was really cool and really fun. She lived and died in grace. Deep condolences to Zack and Max and Sam and her family circle.
Kim Emmons
March 6, 2020
We are so very sorry to hear about Lisas passing. She was a great friend and wonderful colleague to us both. Her smile and sense of humor was contageous. Murph and I both send our sincere sympathy, thoughts and prayers to her family. RIP sweet friend. John and Jonna Murphy
JONNA E.
Coworker
March 4, 2020
Showing 1 - 21 of 21 results