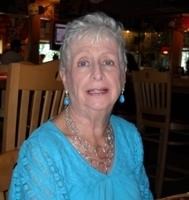 BORN
1932
DIED
2021
FUNERAL HOME
Honan Funeral Home
58 Main Street
Newtown, CT
Catherine Reich
Catherine (Kay) Ann Reich passed surrounded by family on Wednesday May 19th 2021. Kay was born to Mary (Geraghty) and John Dougherty March 24th, 1932 in Mineola, Long Island, the younger sister of Patricia. Growing up in Williston Park, New York, she had many friends and skipped a year in school, graduating in 1949. Feisty, but warm-hearted, she cared deeply for her family, and helped her sister with her children: Peggy, Tommy, and John Fitzpatrick.
A career woman, she worked as an executive secretary at Doubleday Publishing and Tektronix, where she met William (Bill) Reich whom she married in 1961. They moved to Portland, Oregon, where their first child, Cathy, was born. In 1963, they moved to Massachusetts and welcomed daughters Debra and Laurie. They settled in Acton and were active at St. Elizabeth's of Hungary for many years. As the girls got older, she worked as a substitute secretary in the local school system and when Bill started Reich Associates, she assisted in the business. Later, Kay found work with Digital Equipment Corporation. In 1998, she and Bill moved to Pelican Cove in Sarasota, Florida. They were active at St. Thomas More parish there and developed many new friendships.
Following the death her husband in 2006, she met and married Jack Fernandez. In December 2018 she moved to Maplewood Assisted Living in Newtown, CT, and then in the fall of 2020 she moved to Church Hill Memory Care in Sandy Hook, CT; both facilities are near her daughter (and primary care-giver) Laurie Veillette and her daughters, Noelle and Keira.
Kay was a very social person and picked up friends (and accents) wherever she went. Always singing a song, often changing lyrics to accommodate her mood and situation; music was her lifeline to moments of serenity and flashes of connectivity during her battle with dementia. As the disease progressed and her abilities waned, it was in the final days when she ceased responding to music that marked the true end of her terrestrial spirit.
"Death leaves a heartache no one can heal; Love leaves a memory no one can steal."
A celebration of life will take place this summer in Massachusetts. Honan Funeral Home, 58 Main Street, Newtown is serving the family.

To plant trees in memory, please visit our Sympathy Store.
Published by Danbury News Times on May 28, 2021.
MEMORIAL EVENTS
No memorial events are currently scheduled.
To offer your sympathy during this difficult time, you can now have memorial trees planted in a National Forest in memory of your loved one.
Funeral services provided by:
Honan Funeral Home
MAKE A DONATION
MEMORIES & CONDOLENCES
Sponsored by Honan Funeral Home.
1 Entry
Laurie, Deb and family, my deepest sympathies. Kay was quite a woman and will always hold a special place in my memory. Peace.
Tom Sheehan
Friend
May 30, 2021
Showing 1 - 1 of 1 results