Diane Lynn Kuebler Kuebler
1955 - 2020
BORN
1955
DIED
2020
FUNERAL HOME
George F. Doherty & Sons Wilson-Cannon Funeral Home
456 High Street
Dedham, MA
Diane Lynn Kuebler
September 19, 1955 - November 15, 2020. Of Chestnut Hill, MA died Sunday, November 15, 2020 after a valiant battle with glioblastoma. She was the daughter of the late Arthur and Evelyn (Mills) Kuebler of Yonkers, NY and Aqua Vista, Danbury, CT.
Diane was born on September 19, 1955 in New York and attended school in Yonkers, NY. She graduated from Quinnipiac College with an A.S. in Cytotechnology in 1976 and Northeastern University in Boston in 1979 with a B.S. in Health Science. Employed by Massachusetts General Hospital as a Cytotechnologist for over 40 years, she retired in 2019. During her working years, Diane served in several elected positions for the Massachusetts Cytology Society and Histotechnology Society.
Her passion was researching Seabee involvement during WWII especially on Iwo Jima where her father served in the Navy's 31st Construction Battalion as a Seabee. She made two trips to Iwo Jima with a military travel group, spoke to reunion groups and at symposiums regarding the Seabees' activity on Iwo Jima and other South Pacific locations. For many years, she has corresponded with numerous veterans and others she met during her travels around the country giving her talks.
With her partner Tom Sommer, Diane participated with war reenactment groups in New England and other areas portraying a nurse in WWI and WWII.
She is survived by her brother, Chris and sister-in-law Linda Kuebler of Danbury, CT, her sister, Linda and brother-in-law Sam Spak of Block Island, RI, niece Elizabeth Spak Boyle, nephew Jonathan Spak, three great-nieces, two great-nephews and her loving partner, Tom Sommer of Groton, MA.
A memorial service will be held in the future. In her memory do a kind deed for a veteran or military person. For online guestbook, gfdoherty.com. Funeral arrangements by George F. Doherty & Sons Funeral Home, Dedham.
Published by Danbury News Times on Nov. 22, 2020.
To plant trees in memory, please visit the Sympathy Store.
MEMORIAL EVENTS
To offer your sympathy during this difficult time, you can now have memorial trees planted in a National Forest in memory of your loved one.
Funeral services provided by:
George F. Doherty & Sons Wilson-Cannon Funeral Home
MAKE A DONATION
MEMORIES & CONDOLENCES
Sponsored by George F. Doherty & Sons Wilson-Cannon Funeral Home.
3 Entries 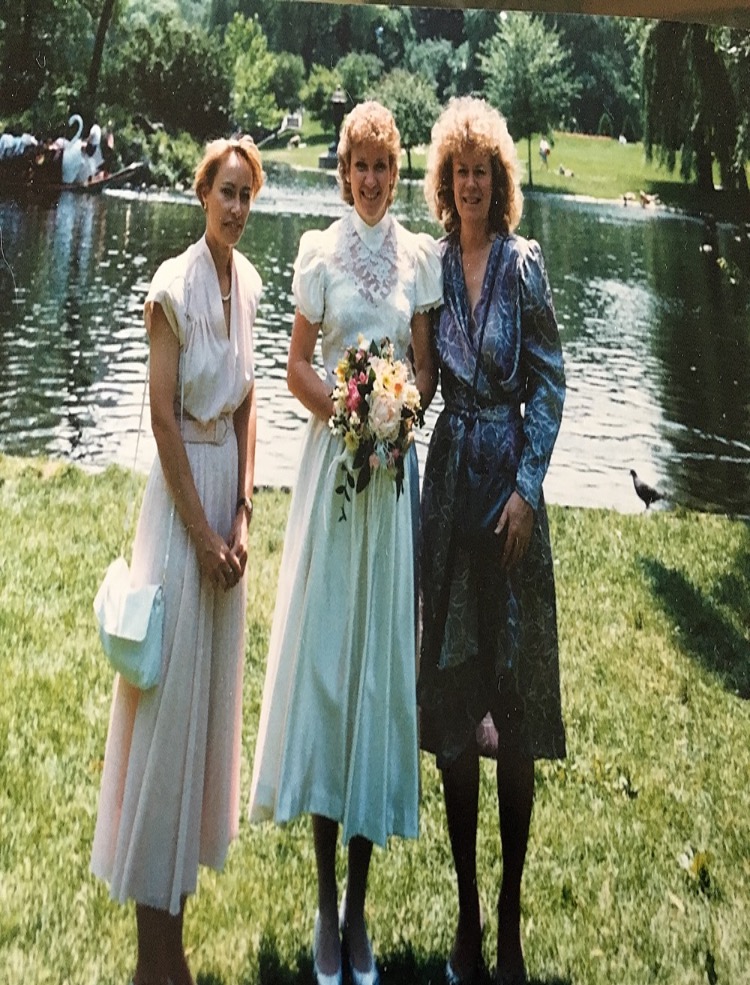 Diane was a dear friend of ours. We met when I was a cytotechnologist at MGH and my husband was a pathology fellow. I loved Diane’s creativity. She played a big role in our wedding at the Hampshire House in Boston - from designing our wedding cake topped with fresh cut flowers to designing our invitations that Diane penned with her artistic calligraphy and being our wedding photographer.

Our friendship continued long distance after moving to Virginia. Diane helped us with our decision to adopt a child from Vietnam and was instrumental in helping to make the adoption reality after much paperwork. My husband, son, and I met up during Diane’s many trips to the DC area for WWII Seabee reunions. She had an immense passion for being a part of WWII Seabees legacy.

Diane fought a courageous battle with glioblastoma and will be dearly missed by our family.

Rest In Peace our dearest friend.
Kathleen Ujvari, Dr. Mark Sherman, and Peter Sherman
Kathleen Ujvari
Friend
December 8, 2020
I am so so sad to hear of Diane's passing. I enjoyed working with her on the purchase of her home in Chestnut Hill and also enjoyed our friendship through Sitzundjibers. I remember her passion for the Vets. I have ordered a book written by my sister-in-law's dad: Every Man a Hero: A Memoir of D-Day, the First Wave at Omaha Beach, and a World at War by Ray Lambert and this will be delivered to a Vietnam Marine Veteran, Ray Moreno of Needham.
Susanne McInerney
Susanne McInerney
Friend
December 7, 2020
I was very sorry to learn of Diane's passing. She was a very nice person and very active in the reenacting community. Her knowledge of the SeaBees in WWII was extensive and her presentations were enlightening. She will be missed, I am sure, by all who knew her.
Ed Tracy
Acquaintance
November 24, 2020
Showing 1 - 3 of 3 results