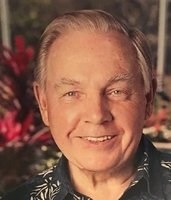 Published by Connecticut Post & Danbury News Times on May 22, 2021.
To plant trees in memory, please visit the Sympathy Store.
MEMORIAL EVENTS
May
26
Mass of Christian Burial
10:30a.m.
St. Peter Church
104 Main Street, Danbury, CT
Funeral services provided by:
Green Funeral Home
MAKE A DONATION
Please consider a donation as requested by the family.
MEMORIES & CONDOLENCES
Sponsored by Green Funeral Home.
2 Entries
I only have gotten to know George for the past couple of years. He was a kind, compassionate and soft spoken man. It is a shame that I had to learn of his accomplishments in life from his obituary. It wasn't like George to brag.
He will be missed by all.

George (Spring Meadows)
George Dewey
Friend
May 28, 2021
George Keane was bar none the best employer I had ever had the privilege to work for. He was kind, generous, empathetic and exhibited a stunning work ethic and morality. He was one of the greats and I feel fortunate to have known and learned from him. My heart goes out to his entire family. How lucky we all were to have shared a part of life's journey with him!
Sharon Foy Baird
Coworker
May 28, 2021
Showing 1 - 2 of 2 results