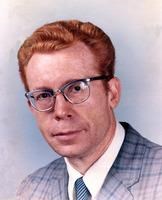 BORN
1927
DIED
2021
Howard Polley
April 2, 2021
Howard M. Polley, beloved father, passed away at the age of 93 on Good Friday April 2, 2021 at 12:22pm. He died peacefully at home with family by his bedside.
Howard was born in 1927 in his parents home on Westville Avenue in Danbury. His parents were Howard Monroe Polley from Belmont Wisconsin and Katherine Mayercik from Yonkers New York. Howard attended local schools in Danbury where he would usually be seen walking to school carrying his violin. During his last two years at Danbury High School on White Street, he was awarded two consecutive summer scholarships to Yale University School of Music in Norfolk Connecticut. Entering Yale Music School in the fall, he studied violin with Hugo Kortschak and Theory with Paul Hindsmith. The following year, Howard entered the Cincinnati Conservatory of Music, where he was a member of Phi Delta Kappa and the Knights of Columbus. He graduated with B.S.C. and Master's of Education Degrees.
Howard was a tenured music teacher, and conductor with the Mahopac, New York school system and also taught at St. Josephs School of Danbury. In addition to his daytime teaching, Howard taught the violin and other instruments privately to countless area students and was an advocate for music education. After retiring from music teaching and a stint as concertmaster with the Danbury Symphony Orchestra, Howard loved hiking twice a day with his two beautiful rescued Siberian Huskies, Artex and Venus, covering many thousands of miles during their lifetime.
In 1949, Howard, along with brother Ralph and three other college students, made the 4,800 mile trek from Danbury up the Alaskan Highway, to Fairbanks, Alaska, working the summer as a "Gandy Dancer" on the Alaskan Railroad. In 1999, the 50th anniversary of the first trip, Howard and Ralph made the trip once again.
Always interested in weight lifting, Howard entered, and won, the "Mister Cincinnati" body building title in 1952. Howard was also an avid swimmer and a popular sight at the Danbury YMCA. Howard also like running and participated in local running events in Danbury, and sometimes on his way to work, he would run 26 miles round trip from Danbury to Brewster New York.
Howard is survived by six children - Lynne, (Orlando, FL) Ralph and wife Elizabeth, Howard Jr., David and wife Maria, Kenneth and wife Sondra, (Danbury, CT) Mark and wife Barbara, (New Milford CT), and eight Grandchildren, Ralph Jr., Michael, Nicholas, Rebecca, Sarah, Grace, Zachary, Katherine, and seven Great grandchildren: Kaitlin, Pricilla Jane, Ryker, Liberty, Piper Ocean, Kenneth Cash, Layla and one more on the way.
Howard is also survived by his only brother Ralph, and his wife Ann Polley of East Lyme, CT., niece Allison Hirsch, and husband Andrew, Boston. Great nieces and nephews, Matthew and Sarah Hirsch, (Boston), and Lee Jordan and Lillianna Polley, great niece Laura and great nephew Luke (Manchester, CT) He is predeceased by first wife Jane Wilkins Polley, his daughter Katherine Elizabeth (Beth), and his grandson Kenneth Polley.
According to Howard's wishes, his body was donated to Yale Medical School.
In lieu of flowers, please make a donation on Howard's behalf to your favorite charity.
A memorial will be held Thursday July 1st from 2-6pm at the Tarrywile Mansion on 70 Southern Blvd in Danbury, CT.
Published by Danbury News Times on Jun. 19, 2021.
To plant trees in memory, please visit the Sympathy Store.
MEMORIAL EVENTS
Jul
1
Memorial service
2:00p.m. - 6:00p.m.
Tarrywile Mansion
70 Southern Blvd, Danbury, CT
MAKE A DONATION
Please consider a donation as requested by the family.
MEMORIES & CONDOLENCES
6 Entries
Follow the You Tube link to view Memorial Video. Thanks! https://youtu.be/r8BvXozNlSk
Ralph Polley
Family
July 28, 2021
Howie/Ralph - We are sorry for your loss. Your dad was quite an accomplished man. You are in our thoughts and prayers.
Virginia Walker Prial and the Walker Family
June 29, 2021
Sorry for your loss
Nancy Robertine Roy
June 24, 2021
My sympathies to the Polly family. I have fond memories of the many running events that Howard participated in the Danbury area in the 70s/80s. He always brought his A game to these event.
RC
Other
June 24, 2021
Dear Howie and family,
We are saddened to hear of the loss of your father. Our thoughts and prayers are with you at this time.
Roy and Roseanne Koveleski
Roseanne koveleski
Neighbor
June 21, 2021 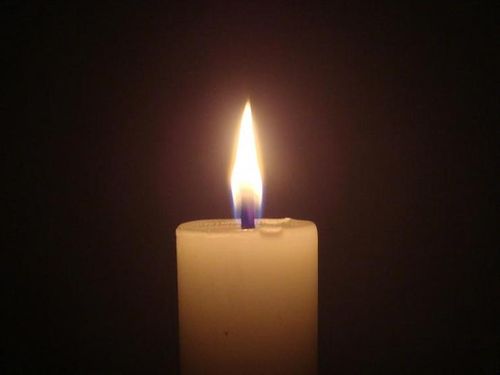