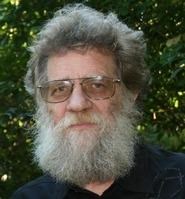 BORN
1950
DIED
2020
William Wisnowski
William Wisnowski, 69, master cabinetmaker, multi-instrumental singer-songwriter and husband of Evelyn (Lyn) Hottes of Danbury, CT, died July 19, 2020, at Danbury Hospital of a ruptured aortic aneurysm.
William W. Wisnowski Jr. was born Dec. 10, 1950, in Boston, son of Doris Wisnowski of Westford, Mass., and the late William W. Wisnowski Sr. He grew up in Westford, but also lived in El Paso, Texas, and Kwajalein in the Marshall Islands when his father was a radar specialist. Bill graduated from Westford Academy in 1969 and Chamberlayne Junior College in Boston with a degree in advertising.
A carpenter since age 15, he owned Worcester Woodworking in Worcester, Mass., before moving to Danbury in 1981. Bill made custom furniture and functional art as Wisnowski Design, including reclaimed wood store fixtures for clients such as Ralph Lauren and Eileen Fisher. Partnering with his artist brother George, he designed and built a house on Fire Island, N.Y., that is one of the showcases of Ocean Bay Park.
Born into a musical family, Bill began playing violin at age 8 and guitar in his teens. In Danbury, he formed The Rangers country band and later rock band Walking the Dragon with his teen-age daughter Bonnie. He played in folk trio My Dad's Truck for 25 years and with Bonnie they hosted an annual Children of Christmas holiday sing-along at local coffeehouses. Bill and Bonnie also performed as Dovetail. As Uncle Bill Whiskey, he hosted Irish happy hours and played solo and with other musicians, and never turned down a request to perform at benefits. Since mid-March, he aired a weekly FaceBook live stream Sip 'n' Sup show with Bonnie as producer. He enjoyed gardening, cooking and a good single-malt Scotch.
Besides his 96-year-old mother Doris and his wife Lyn of 33 years, Bill leaves daughter Bonnie Wisnowski and husband Julien Morisset of Philadelphia, longtime housemate Joseph CJ Wanamaker of Danbury and ex-wife Jeanne Pelletier of Tucson, Ariz. He also leaves a brother and his wife, George and Dawna Wisnowski of Westford, Mass.; two sisters and their husbands, Bonnie and Bob Arpin of Francestown, N.H., and Janet and Dan Rodrigues of Summerfield, Fla.; two aunts and many nieces, nephews and cousins. Besides his father who died last December, he was predeceased by a brother Robert Wisnowski and nephew Derek Wisnowski.
No funeral is planned and his ashes will be scattered as per his wishes. An outdoor musical memorial gathering will be next year as covid allows. As Bill always ended his shows, "Remember, be good to each other."
Published by Danbury News Times on Sep. 30, 2020.
To plant trees in memory, please visit the Sympathy Store.
MEMORIAL EVENTS
To offer your sympathy during this difficult time, you can now have memorial trees planted in a National Forest in memory of your loved one.
MAKE A DONATION
MEMORIES & CONDOLENCES
5 Entries
Dear Lyn,
I am so sorry & saddened to learn of Bill's sudden passing. He was such a great, nice, guy and although it has been some years, I have such great memories of times spent with you both at your house and seeing him play. I first met Bill in the 80's when we both worked for BRT. My deepest sympathies to you and his family. May his memory be eternal.
Liz Pazsak
October 11, 2020
So sorry to read this news. Thinking about you this sad time.
Lawrence Riefberg
October 11, 2020
Lyn - I'm so sorry to hear of your husband's passing. My condolences to you and your family. May he rest in peace.
Tina Johns Heidrich
October 5, 2020
Bill was one of my favorite people, bringing joy wherever he went. Feel blessed to have known him. Miss him very much.
Colleen Covens
Friend
October 4, 2020
Used to play Thanksgiving outside of old Times Times building in Danbury. Folks would really enjoy the music and Thanksgiving dinner at Cows Outside.
Joe Mato
Friend
October 3, 2020
Showing 1 - 5 of 5 results