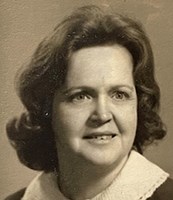 BORN
1932
DIED
2021
FUNERAL HOME
Burgess Funeral Home
860 Bucklin St
La Salle, IL
Roma L. Chamberlain
Born: December 25, 1932 in Streator, IL
Died: July 18, 2021 in Ottawa, IL
Roma L. Chamberlain passed away peacefully at Ottawa Pavilion on Sunday, July 18, 2021.
Cremation rites have been accorded.
Roma was born on Dec. 25, 1932 to William R. & Amy (Reed) Worrells in Streator, IL. She was the last survivor of 18 children. She attended Streator Grade Schools and High Schools. She was very athletic. She excelled at Softball and sang in the Glee Club. She was an aunt at an early age to many nieces and nephews.
She married Howard Chamberlain of Streator on Feb. 15, 1952 in Chicago IL.
She was inducted into the Illinois Valley Women's Bowling Association Hall of Fame in 2000, and was an avid golfer. She was an excellent cook, baker & skilled seamstress. Lemon Meringue Pies and cookies were her specialty. Her family and her house were her greatest treasure.
She worked for Owens Glass in Streator, and later Electric Utilities Co in La Salle. She co-owned the Book Nook in La Salle until 1993, when her husband died. She later worked at Wal-Mart in Peru until she retired the second time due to health issues. She was the original "Rosie the Riveter," who had a can-do attitude, and who could learn to do anything.
She was a great cheerleader to many who sought her out, but especially her children. She will be sadly missed.
She is survived by four children, Steve (Andrea) Chamberlain of La Salle, Crystal (Don) Balas of La Salle, Cindy (Bill) Klimek of Peru, and Tracy Maurice of Depue; 15 grandchildren; 35 great-grandchildren; and many nieces and nephews.
She is preceded in death by her husband (1993); one son, James (1957); one daughter, Joy (1962); and one son by miscarriage; in addition to her parents; and 17 siblings.
A funeral service will be at Christ Family Foursquare Church, 931 3rd Street, La Salle, IL 61301 on Saturday,July 24th, 2021 at 10 a.m. Burial will be at a later date.
Condolences may be expressed at www.burgessfh.com
Donations may be made in her honor to Christ Family Foursquare Church, where she attended.
To plant trees in memory, please visit our Sympathy Store.
Published by News Tribune from Jul. 20 to Jul. 21, 2021.
MEMORIAL EVENTS
No memorial events are currently scheduled.
To offer your sympathy during this difficult time, you can now have memorial trees planted in a National Forest in memory of your loved one.
Funeral services provided by:
Burgess Funeral Home
MAKE A DONATION
MEMORIES & CONDOLENCES
Sponsored by Burgess Funeral Home.
0 Entries
Be the first to post a memory or condolences.