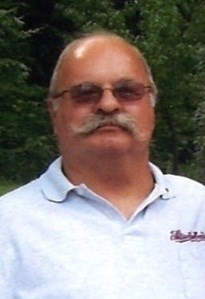 Dale was born in Harrisonburg, Virginia on October 16, 1949, a son of late Darrell Elwood and Betty Virginia (Crickenberger) Early.

Mr. Early retired from DuPont with 29 years of service. At the time of his death he was employed part time by Augusta County Service Authority.

The family will receive friends from 6 until 8 p.m. on Monday, June 14, 2021 in Coffman Funeral Home and Crematory.

Coffman Funeral Home and Crematory, 230 Frontier Drive, Staunton is in charge of his arrangements.

Condolences may be expressed to the family online at www.coffmanfuneralhome.net

To plant trees in memory, please visit our Sympathy Store.
Published by The News Virginian on Jun. 9, 2021.
MEMORIAL EVENTS
Jun
14
Visitation
6:00p.m. - 8:00p.m.
Coffman Funeral Home & Crematory Llc
230 Frontier Dr, Staunton, VA 24401
Funeral services provided by:
Coffman Funeral Home & Crematory Llc
MEMORIES & CONDOLENCES
Sponsored by Coffman Funeral Home & Crematory Llc.
6 Entries
Dear Lucille, So sorry to hear of Dale´s passing! I will miss seeing his familiar smile at the land fill as he ushered folks on through! You take care and thinking of you and your family!
Rebecca Camp
June 14, 2021
Condolences to family and friends
Randy & Cris Swortzel
Other
June 9, 2021
Madonna and Catherine, so sorry to hear this. I moved to Lake Monticello in 2014 and was surprised to see Dale at a station hear one day. My thoughts and prayers are with you all.
Neil McLaughlin
Friend
June 8, 2021
We grew up together at Barren Ridge church .. we had youth group and Sunday school together .. such fond memories of such a great guy .. a friend to all and a load of of laughs.. he will be missed . We reconnected on Facebook .. I pray for peace as his family goes through this valley of death we know Dale is in heaven walking with Jesus ..
Dianne Campbell Miller
Friend
June 8, 2021
My thought and prayers are with you during this time of loss. I attended church with Dale during our teenage years and remember him fondly. May God wrap you in His arms and bring you peace.
Glenna Quick
Friend
June 8, 2021
Lucille and family: We are so sorry to hear the news of Dale's passing. Quite a shock for all of us. Our thoughts and prayers go out to you all in these difficult times. Our sympathy is extended to you. Roger and Rose
Roger Crickenberger
Family
June 7, 2021