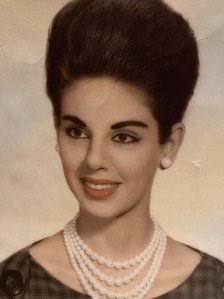 Upon hearing that Teddy Roosevelt had died, Thomas Marshall quipped "Death had to take him in his sleep, because if [he] had been awake, there would have been a fight." It was fitting that Joan Koenig Polzin died in her sleep, because this life-long fighter had beaten death so many times. She was born December 3, 1938 in Washington, D.C., with spina bifida. At that time, doctors had no treatments and her mother was advised that it would be most merciful to let her die. Our grandmother, Edna, had no intention of doing so. According to family lore they used a pie tin to cover the hole in her spine and Edna took her baby, then toddler, daughter from doctor to doctor. Eventually she was treated by the pioneering neurosurgeon Walter E. Dandy of Johns Hopkins. Over the course of her lifetime she had roughly 30 surgeries and spent much of her childhood in hospitals. Her mother also fought for her to attend school, which, according to an old news clipping, required the intervention of congressional staff and according to family stories, also resulted in Edna having tea with Eleanor Roosevelt.

She won her state science fair which resulted in a full scholarship to Emory University. After meeting our father, Raleigh E. Polzin, in Atlanta, she did not quite finish college but always maintained a passion for learning and her beloved rocks and minerals. We grew accustomed to having the car pull sharply off the road to admire a striking anticline or syncline in the road cut, or to poke around for fossils. She called herself the 'great despoiler' for her habit of taking small rocks or wildflowers from hikes. Although she walked with difficulty, using a cane, she took us hiking and backpacking and administered 'survival tests' in which we had to prepare shelters and start a fire with one match, among other tests.

In the late 80s she was diagnosed with stage IV bladder cancer but fought it with her typical mixture of research and stubbornness. Complications from surgery led to her requiring a scooter or wheelchair, but failed to slow down her adventures. With her dear friend and partner-in-crime Nita Shelton, she took memorable trips including the Grand Canyon. In later years she indulged her passion for all things Disney with multiple trips to the Magic Kingdom. Her favorite character was the cranky but witty old Scotsman Uncle Scrooge.

She played the viola in the Atlanta Symphony and in orchestras for the Jehovah's Witnesses' conventions. Classical music was a balm to her soul, but sometimes also a weapon, as in her famous story of an escalating battle of musical stylings, which ended with her playing the version of Tchaikovsky's 1812 Overture that has real cannons and bells in the finale.

She was a member of the Jehovah's Witnesses for over 50 years, and her faith was a great comfort to her. She is survived by two daughters, Heather Polzin (Carl Kent) and Melissa Polzin French (Michael), four grandchildren and eight great-grandchildren. Not bad for a girl who waited to die on her sixteenth birthday because the family had been told she'd be lucky to live past sixteen. In lieu of flowers, donations to the Augusta Public Library in Fishersville would be appreciated—as a lifelong reader, she loved books and especially loved that library. 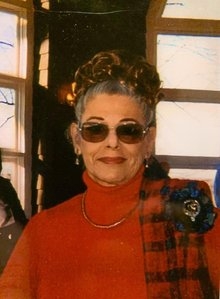 To plant trees in memory, please visit our Sympathy Store.
Published by The News Virginian from Oct. 21 to Oct. 25, 2020.
MEMORIAL EVENTS
No memorial events are currently scheduled.
To offer your sympathy during this difficult time, you can now have memorial trees planted in a National Forest in memory of your loved one.
Funeral services provided by:
Seaver Brown Funeral Home
GUEST BOOK
4 Entries
Our thoughts and prayers go out to you Heather and Melissa. I remember the days of use being neighbors on 10th Street in Waynesboro, VA. Also going to school together.
Evette Hobson Howard and Viola Hobson
October 27, 2020
I was a nurse at associated physicians/Carolion for many years Joan and I got along beautifully. I remember once when I was a student nurse, she was a patient in the hospital. She wouldn´t allow anyone to do anything for her except me. I am sad to read of her death. She could be "fiesty"
Betty Duff
October 23, 2020
So sorry for your loss. She was a very opinionated and strong willed woman. When funding became issues with her wheelchairs she would fight for answers.
Debbie Bosserman
October 23, 2020
A great soul! She was a delight to talk to. She will truly be missed.
Brenda L Pugh
October 21, 2020