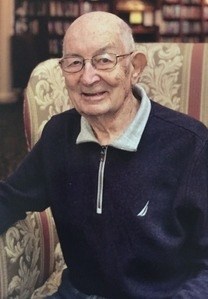 Joe was born in Front Royal, Virginia on November 4, 1928, to Joseph A. Molony Sr. and Hilda Lemley Molony.

Joe served in the United States Army during the Korean War from 1950 to 1952. He was a member of the 432nd Engineers Construction Battalion, was stationed in Europe during his service, and received the Army of Occupation Medal (Germany).

In 1955, Joe married Mary Jane Arcade of Doylestown, Pennsylvania, and after making their home in Newtown, Pennsylvania, the two had their first son in 1957. Ever focused on building a solid life with his family, Joe worked and attended school at the same time, earning a Bachelor of Science in Commerce from Rider College in 1961. While living in Pennsylvania, Joe worked as an accountant in the private sector and with the State of New Jersey. He also was active politically and was elected Auditor for the Borough of Newtown in the early 1970s.

Joe and Mary Jane had a second son in 1971, and in 1980, Joe and Mary Jane moved to Waynesboro, Virginia with their younger son. Mary Jane passed away in 1982 after she and Joe had shared 27 years of marriage. In 1985, Joe married Ruth Hawkins Dey of Staunton, Virginia to whom mutual friends had introduced him, having accurately assessed that they would make a good match.

From 1980 to 1993, Joe served as the Controller of Virginia Panel Corporation. Following his retirement, Joe volunteered with the Augusta County/Staunton/Waynesboro Free Clinic (now known as Augusta Regional Clinic), helped with the food bank, and was an active member of the Knights of Columbus at St. John the Evangelist Catholic Church. Joe was a lifelong gardener who loved to spend summer days tending his vegetables and keeping his yard in good order. He also was known to split wood for the wood stove well into his late 70s. He enjoyed golf and trips to the beach with family over the years and always was ready for a good chuckle over a clever play on words.

Joe's parents, his sisters, Kathryn and Wilma, and his first wife, Mary Jane, preceded him in death.

Joe's life was one of steadfast faith, commitment, and dedication. He was a selfless husband and father, deeply devoted to both of his wives, to his sons, and to his entire blended family. He will be missed dearly by his family and many others.

The family expresses its gratitude to the staff of The Legacy at North Augusta who so lovingly cared for Joe in his last months.

Memorial contributions may be made to the Benevolent Care Fund at The Legacy at North Augusta, 1410A North Augusta Street, Staunton, Virginia 24401 (540) 213-8903 for questions about donations).

The family will not be holding a visitation. A Mass of Christian Burial will be held on Friday, October 30, 2020, at St. John the Evangelist Catholic Church in Waynesboro, Virginia, with interment to follow at Riverview Cemetery. Attendance at the Mass and interment are by invitation of the family only.

To plant trees in memory, please visit our Sympathy Store.
Published by The News Virginian on Oct. 26, 2020.
MEMORIAL EVENTS
Oct
30
Mass of Christian Burial
St. John the Evangelist Catholic Church
, Waynesboro, Virginia
Funeral services provided by:
McDow Funeral Home & Crematory - Waynesboro
GUEST BOOK
2 Entries
Ruth, So sorry to hear of Joe's passing. Such a sweet man! My prayers are with you. Anita Sowers
Anita Sowers
October 25, 2020
Ruth, we are so sorry for your loss. Joe was a kind, caring person. You two were a great couple.