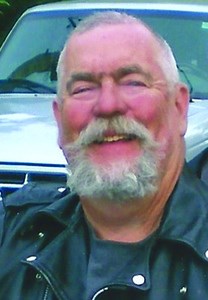 Joseph Townsend Van Dyke, 74, of Waynesboro, passed away at UVA Medical Center on Sunday, September 26, 2021, due to a heart attack. The husband of Lynne (Probst) Van Dyke, he was born on June 2, 1947, in Washington, D.C., to the late Urban J. and Frances (Townsend) Van Dyke. In addition to his parents, he was predeceased by a niece, Stephanie L. Deaton, and a brother-in-law, Ebben C. Deaton Jr.

A graduate of George C. Marshall High School in Fairfax County and Michigan State University, Mr. Van Dyke was an educator in several Virginia districts, including locally at Valley Vo-Tech, Shelburne Middle, and Fort Defiance High. During college, he worked on the Oldsmobile assembly line that produced 442s in Lansing, Michigan. He also worked for several years at Read Plastics, Inc., in Rockville, Maryland, and ran his own plastics fabrication business, Van Dyke Studios. His acrylic sculptures were displayed in several galleries in the Washington metropolitan area, and his "Push to Call" buttons can be seen in stations throughout the D.C. metro. He ended his career with Target Corporation, where he was an IT specialist at the Target distribution center in Stuarts Draft until 2012. After retiring, he volunteered at Augusta County Public Library and briefly with the Gypsy Express in Gypsy Hill Park, Staunton.

Mr. Van Dyke was a jack-of-all-trades. A self-trained electrician, computer tech, carpenter, plasterer, plumber, painter, mechanic, fabricator (in acrylics, wood, and metal), farmer, and sculptor, he enjoyed working on his family's farmhouse and restoring antique vehicles. He loved traveling, especially on his motorcycles. He was proud that he and his wife had travelled to all fifty states, and visited their son in Australia multiple times. He especially enjoyed a recent trip to Ireland with his friend Larry, which was a frequent topic of conversation. His son dragged him all over the U.S. (and Australia) to go fishing, SCUBA diving, and to catch snakes.

At his request, Mr. Van Dyke was cremated and there will be no funeral service. A visitation will be held at McDow Funeral Home on West Main Street, Waynesboro, on Friday, October 22, 2021, from 5 until 8 p.m. Due to the continuing COVID pandemic, masks are required, and the family requests that only vaccinated people attend. The family also requests that nobody visits their home on Saturday, October 23, 2021, to allow them to grieve in private.

"Not all who wander are lost."

-"The Riddle of Strider", Bilbo Baggins/JRR Tolkien
Published by The News Virginian on Oct. 20, 2021.
To plant trees in memory, please visit the Sympathy Store.
MEMORIAL EVENTS
Oct
22
Visitation
5:00p.m. - 8:00p.m.
McDow Funeral Home & Crematory - Waynesboro
1701 West Main Street, Waynesboro, VA
Funeral services provided by:
McDow Funeral Home & Crematory - Waynesboro
MAKE A DONATION
MEMORIES & CONDOLENCES
Sponsored by McDow Funeral Home & Crematory - Waynesboro.
3 Entries
Lynne, We are so sorry to hear of your loss. Joseph sounds like an incredible person who lived a full and adventurous life. What an exciting spouse to be around for 43 years. You and your family are in our thoughts.
Frank McClung
October 22, 2021
Lynne, I'm sorry for your and your family's loss. Your husband sounds like a great guy. I'm making a donation to the Gypsy Express.
Eric Mead
October 20, 2021
Lynne, please accept my deepest sympathy for the loss of your husband. You have been in my thoughts and prayers. May God comfort you.
Gloria Quick Deckert
Other
October 20, 2021
Showing 1 - 3 of 3 results