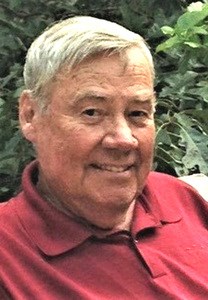 Lloyd Gayle Holloway, 84, of Waynesboro, Va., passed away on Tuesday, September 14, 2021, at Augusta Health with his family by his side.

A graduate of Dunsmore Business College, Lloyd was employed by Paul Freed Ford, Inc. in Waynesboro, where he worked for over twenty years, later becoming President and owner of the dealership. After selling the dealership, he invested in May Trucking Company, which he later sold. Lloyd remained self-employed up to the date of his passing, a successful and passionate business owner of Paul Freed, Inc., a private lending corporation.

Lloyd served in the Army National Guard. He was President of the Waynesboro Country Club, and an active member of the Staunton Country Club. Lloyd was actively involved in his community, served on numerous bank boards and was appointed to serve on the Waynesboro Economic Development Authority Board. Lloyd was well known for his generosity and donated the land and building for the Boys & Girls Club of Waynesboro, Staunton and Augusta County, which was later named after him. He financially supported other nonprofits in Waynesboro, including the Salvation Army and the YMCA. Lloyd was a member of Westwood Baptist Church.

Lloyd was devoted to his family and enjoyed spending time with them at the lake and hunting lodge. He was an avid and competitive golfer who loved the outdoors. Lloyd was kind and generous, with a playful sense of humor who impacted many lives.

In addition to his parents, he was preceded in death by his sisters, Madge Cornwell and Arlene McInturff; and brother, Dean Holloway.

Memorial donations may be made in Lloyd's name to the Boys and Girls Club of Waynesboro, Staunton and Augusta County.

Fond memories and expressions of sympathy for the Holloway family may be shared at www.reynoldshamrickfuneralhomes.com.

Published by The News Virginian on Sep. 18, 2021.
To plant trees in memory, please visit the Sympathy Store.
MEMORIAL EVENTS
To offer your sympathy during this difficult time, you can now have memorial trees planted in a National Forest in memory of your loved one.
Funeral services provided by:
Reynolds Hamrick Funeral Homes & Crematory
MAKE A DONATION
MEMORIES & CONDOLENCES
Sponsored by Reynolds Hamrick Funeral Homes & Crematory.
0 Entries
Be the first to post a memory or condolences.