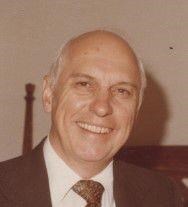 BORN
1924
DIED
2021
Ivan Sumey was born on December 23rd, 1924 to James and Cora Beth Sumey in Wichita, Kansas where he grew up and attended high school. He left this life peacefully on March 1st, 2021.
Ivan and his brother Jim joined the U.S. Navy in 1942. He served on aircraft carriers during World War II and the Korean War. In World War II, on the USS Makin Island, he had the job of hook release after aircraft landings, the most dangerous job in the Navy. Later, during the Korean War, he worked as a maintenance crew leader for jet fighters.
Ivan was married to Dorothy Irene Walker from 1945 until her death in 1971. They had two children, Diane and Roger.
Ivan graduated cum laude from Vanderbilt University in 1950 and went to work at International Harvester. He was recalled to the Navy for the Korean War. After the Korean War, he distinguished himself in a 32 year engineering career at General Electric in Evendale, Ohio where he received numerous patents and design awards. If you have ever flown, you can thank Ivan for his contributions to the reliability of the engines that powered your flight.
In 1972 he married Betty Keeling Coffey and was a supportive participant in raising her five children. Ivan and Betty enjoyed a happy marriage and traveled extensively.
Ivan was a dedicated life-long Christian and member of Front Street Presbyterian Church in Hamilton, Ohio for many years. He was an active member of the Civitan Club.
In later life Ivan was an active member of the Scioto Valley Railroad, a model railroad club at Bristol Village in Waverly, Ohio where he and Betty lived for 14 years.
Ivan is survived by his wife Betty Sumey, daughter Diane Sumey Rees, son Roger Sumey, Betty's children Carolyn Coffey Schutte, Jan Coffey Mesina, Bob Coffey, Marilyn Coffey Woods, and many grandchildren and great grandchildren. He was preceded in death by his brother Jim, his sister Lorraine, and Betty's son, Bill Coffey.
Ivan always took an optimistic approach to life, looking for the good in every person and situation he encountered. He was a source of love and encouragement for everyone he met. He had a fun and quirky sense of humor that would catch you off guard if you weren't prepared.
A burial service is planned for March 20th, 2021 at 1:00 PM at Rose Hill Burial Park 2565 Princeton Road Hamilton, OH 45011which will be followed on July 4th by a celebration of life. In lieu of flowers, gifts may be made in honor of Ivan's memory to groups or individuals suffering hardship as a result of the Coronavirus pandemic. Details are being handled by Rose Hill Funeral Home of Hamilton, Ohio. Condolences at www.rosehillfunerals.com