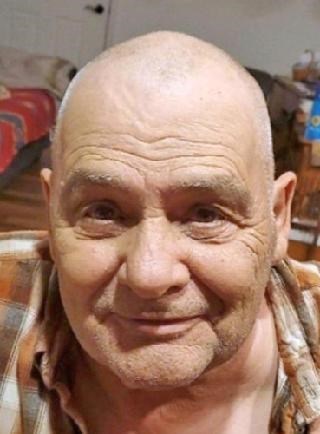 BORN
1944
DIED
2021
James LeBeau, Sr., 77
DOVER - James LeBeau, Sr. passed away, Friday, September 24, 2021, at Kent General Hospital.
Mr. LeBeau was born April 3, 1944, in Adams, Massachusetts to the late Joseph A. LeBeau and Dorena M. (Allen) LeBeau.
He served in the United States Air Force during the Vietnam War. Mr. LeBeau started his career in restaurant services working at the Village Inn before opening his own restaurant The Iron Gate Inn. Retiring in 2012 after 36 years in the business. The restaurant was famous for their Prime Rib and Seafood and frequently visited by NASCAR drivers when they were in town and served the Dover Community for over 30 years. He was an avid hunter and fisherman. He enjoyed visiting casinos during his retirement and was once a member of the American Legion Walter L. Fox Post #2.
In addition to his parents; he was preceded in death by brother, Rodney LeBeau; aunts, Beatrice Davis and Olive Rymarski; uncles, Hiram Davis and Roy LeBeau.
He is survived by his longtime companion, Linda Padilla; children, James A. LeBeau, Jr. and his wife Jessica Ryan, Lisa Ann LeBeau-Jones and her husband Chris Jones all of Dover; and Richard Allen LeBeau and his partner Chuck Daggett of Smyrna; sister, Judith Zelazik and her husband Hank of Westbrook, Mass.; grandchildren, Tiffany Brady and her husband TSgt. Michael Brady, Laken Walker, Sgt. Erik P. LeBeau and his wife Lauren, Harley M. LeBeau, James (Jay) Anthony LeBeau, III, Bethany A. Brooks and husband TSgt. Joshua Brooks, Zachary D. O'Neal and his wife Rebecca; eight great grandchildren, Jordan, Mia, Khloe Ann, Maddison, Peyton, Nathan, Iris and Jaxon; as well as many other relatives from Massachusetts. In addition, Jim had a special bond with his cousins, Kateri Rymarski and Gene; as well as Linda's children especially Tammy Malloy-Carey.
Services will be private.
In lieu of flowers the family suggests contributions be made to Little Creek Fire Company, 311 Main Street, Little Creek, DE 19961.
Letters of condolence may be sent, and guestbook signed at www.torbertfuneral.com

Published by Delaware State News on Sep. 30, 2021.
To plant trees in memory, please visit the Sympathy Store.
MEMORIAL EVENTS
To offer your sympathy during this difficult time, you can now have memorial trees planted in a National Forest in memory of your loved one.
MAKE A DONATION
MEMORIES & CONDOLENCES
1 Entry
May God grant peace to the loving family. Jim was a great man
Suzanne Withrow
Family
September 30, 2021
Showing 1 - 1 of 1 results