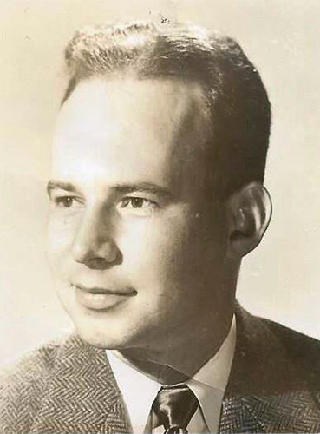 BORN
1923
DIED
2020
FUNERAL HOME
Fellows, Helfenbein & Newnam Funeral Home Pa
370 Cypress St
Millington, MD
John Clark Lorenz, 96
CHESTERTOWN - John Clark Lorenz passed away on Sat., May 23, 2020 in Heron Point. He is survived by his wife of almost 67 years, Marjorie Kathryn (Scharf); his children, Elizabeth (Wade) Foraker of Newark, Andrew of Magnolia, Thomas (Deborah) of York, Penn., Richard (Amy) of Millington, Md.; grandchildren, Wade Jr. (Ardella), Tara (Alex) Kobetis, Adam (Courtney), Aaron, Abigail, Alexander; and great grandchildren, Olivia Foraker and Axel Kobetis.
John was born in Coshocton, Ohio on June 11, 1923. He was raised with his younger sister, Mary Margaret (Smailes), deceased, in Coshocton, Ohio by Clyde and Estella (Clark) Lorenz. During his school years, John learned to play the cornet and he was active in Boy Scouts, ultimately obtaining his Eagle Scout award. After graduating from high school, John was accepted at the Carnegie (then) Institute for Technology. Not quite halfway through his freshman year, he was drafted for service in the U.S. Army. Following his training in New York City, he was shipped to a small base in New Guinea. He served on the island from 1944 until the Japanese surrender in late 1945. After returning home, John finished his undergraduate education at Carnegie Tech and then he continued on to complete his PhD in chemistry at the University of Illinois. The DuPont Company in Wilmington then hired him and he worked there for 31 years. Early in his career John enjoyed playing his cornet in the DuPont Concert Band, met and married Marjorie and settled in a home in Newark.
A little later, John moved his growing family to Hockessin where he lived until his retirement in 1982. He spent much of his free time involving himself with his children in their education, in outdoor activities and on trips around the U.S. John and Marjorie then retired to a home and tract of land along the Chester River near Chestertown, Md. Here John enjoyed gardening, hunting, fishing, sail boating, bird watching and get-togethers with family and friends. He also went on many trips with Marjorie across the U.S. and abroad. John was also a member of the American Chemical Society and the Maryland Ornithological Society.
A little more than 20 years later, John moved with his wife to an apartment at Heron Point, a retirement community in Chestertown and they lived there until the end of his life. John was always a man of few words, reserved, but highly respected and loved by all.
The family would like to thank all the employees at Heron Point for their loving care of "Mr. John."
There will be a private service and burial. In lieu of flowers the family suggests donations in John's memory to any local food bank. Online condolences can be sent to the family at www.fhnfuneralhome.com Arrangements by Fellows Family Funeral Home in Millington, MD.

Published by Delaware State News on May 28, 2020.
To plant trees in memory, please visit the Sympathy Store.
MEMORIAL EVENTS
To offer your sympathy during this difficult time, you can now have memorial trees planted in a National Forest in memory of your loved one.
Funeral services provided by:
Fellows, Helfenbein & Newnam Funeral Home Pa
MAKE A DONATION
MEMORIES & CONDOLENCES
0 Entries
Be the first to post a memory or condolences.