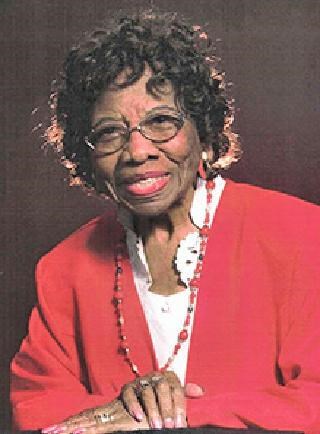 BORN
1914
DIED
2020
Long-time
Delaware Educator
Courtney W. Stevenson
Departs this Life
at Age 106
Courtney White Stevenson was born June 12, 1914 in Lynchburg, Virginia, the youngest of four daughters born to Seaton James White, Sr. and Octavia Kelso White. She departed this life on Wednesday, August 5, 2020 at Bayhealth Kent General Hospital in Dover, marking an end to that generation of her family. Services for Mrs. Stevenson will be held at 11:30 a.m. Saturday, August 15, 2020 at Evan W. Smith Funeral Services, 518 S. Bay Road, Dover. DE. Visitation will be held from 9 to 11:30 a.m.
Courtney moved to Dover from Lynchburg in the early 1940s to attend what is now Delaware State University. She earned a B.S. degree in Home Economics Education from the school in 1944 and later attended New York University in New York City where she earned an M.A. degree in Family Life Education in 1952. She did additional post-graduate studies at the University of Delaware, Iowa State University and Philadelphia College of Arts and Science in chemistry and chemical technology.
While a student at Delaware State College, Courtney lived with dentist Dr. Charles Henry and his wife, Beatrice, who were members of the city's Whatcoat United Methodist Church. Courtney met her future husband, William Stevenson, whose family also attended Whatcoat, at a church social. William had graduated from Delaware State a few years earlier. The young couple married on Thanksgiving Day, November 22, 1944, a few months after Courtney graduated from college.
She began her teaching career in the summer of 1944, first serving at Kruse School in Marshallton, Delaware and Garrett Nursery School in Wilmington from 1944-1946. She taught at Clayton Elementary School in Smyrna, Delaware for a brief period, filling in for another teacher from January through June 1946. After that, she taught at the Delaware State College High School from 1946-1951. From 1951 to 1966, she taught at the Louis L. Redding Comprehensive High School in Middletown, Delaware for 15 years as a Home Economics/Childcare and Development instructor. In 1966, she began teaching as an Assistant Professor at Delaware State College in Dover, where she later served as chair of the Home Economics Department under University President Dr. Luna I. Mishoe. She first retired from Delaware State University in 1991 but was requested to come back to the school by then DSU President Dr. William B. DeLauder to continue serving as the department's chair. She finally retired from the school in 1994 with her teaching career spanning more than 50 years.
She was an active member of numerous civic, fraternal and professional organizations, including being a life member of the Alpha Kappa Alpha Sorority, Inc. Epsilon Iota Omega Chapter where she served as President and Treasurer. She helped charter the sorority's undergraduate Delta Lambda Chapter on the Delaware State University campus and served as the chapter's first Graduate Advisor. In addition, she was a member of the Dover, Delaware Chapter of the Links, Inc.; and the Order of the Eastern Stars where she was a Past Grand Worthy Matron and Past Delaware State Grand Loyal Lady Ruler. She also was a charter member of the Order of the Golden Circle No. 43; and was a member of the Daughters of Isis No. 54.
Courtney Stevenson remained an active member of Whatcoat United Methodist Church where her membership spanned more than 75 years. Earlier, she served the church as Sunday School Superintendent in addition to singing on several different church choirs and holding numerous church positions.
Courtney Stevenson was preceded into the next life by her husband, William; her parents, Seaton and Octavia White; three sisters, Janie Elizabeth White Harrington, Anna White, and Agatha Dorothy White Rice; and her younger brother, Seaton James White, Jr.